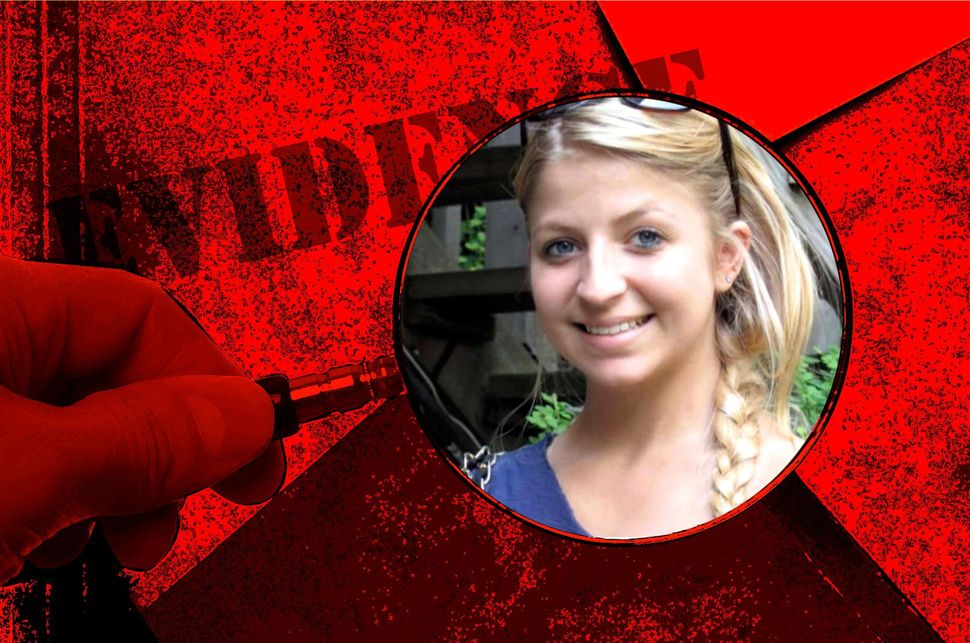 Welcome to the Forward’s series on unsolved Jewish murders. The cases run across continents and class divides, and have rocked Jewish communities around the world. Click here to access the rest of the series.

The police department of Bloomington, Indiana — home to Indiana University — has received hundreds of tips every year from citizens hoping to help solve one outstanding case. But despite the nearly endless line of people wanting to bring Lauren Spierer home, since the early morning hours of June 3, 2011 she has remained missing — and is now presumed dead.

Lauren Elizabeth Spierer was known as fun-loving and bubbly, daughter to an accountant who grew up in Scarsdale, New York. She spoke to her mom on the phone nearly every day, and was involved in Indiana University’s Hillel program. She spent the spring break before her disappearance planting trees in Israel for the Jewish National Fund.

Spierer was also a summer camp kid; her closest friends at Indiana, including her boyfriend, were people she had known for years from their summers together at Camp Towanda, in Pennsylvania.

On a windless, cloudless June night in 2011, Spierer left her apartment with several friends for a nearby sports bar favored by university students. After about 45 minutes she left the bar, known for its outdoor patio that resembles a sandy beach, without her shoes or cellphone. She was accompanied by Corey Rossman, a neighbor of her friend.

Mystery and hearsay surround the drunken sequence of events. A student reportedly confronted Rossman outside his apartment, accusing him of trying to take advantage of Spierer, who was clearly drunk. After Rossman was put to bed by another friend, Jay Rosenbaum, Rossman’s neighbor, stayed with Spierer as she tried to contact a friend. After he didn’t pick up, she decided to leave the apartment complex. She was last seen walking south on a major thoroughfare in Bloomington, wearing a large white shirt and no shoes.

The next morning, Spierer’s boyfriend reported her missing.

Almost immediately, the disappearance became a cause celebre, with celebrities like Kim Kardashian and Anderson Cooper tweeting with the hashtag #FindLauren. Lauren’s parents, Robert and Charlene, appeared on national television to offer a $100,000 reward to anyone who helped solve the case. Tips poured into the Bloomington Police station. 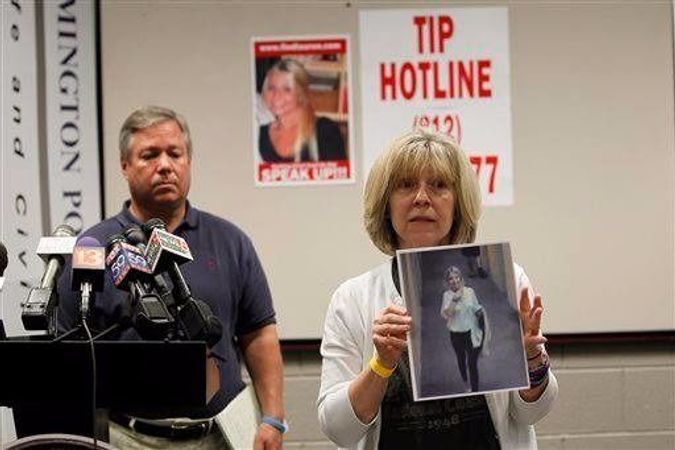 Rob and Charlene Spierer at a news conference on June 16, 2011. Image by Facebook

Suspicion fell at first on the three men who had been with Spierer in the hours before her abduction. Robert and Charlene Spierer held onto their theory of the men’s involvement for years, noting that abductions by strangers are rare.

In June 2013, the Spierers sued Rossman, Rosenbaum and one other man, seeking unspecified compensation and claiming that their negligence led to their daughter’s “disappearance, injury and death.” A judge dismissed the suit in 2014.

But after the body of another woman who had been abducted in Bloomington was found in a rural field in 2016, the police shifted the focus of their investigation. Daniel Messel, 51, was known to have a history of harassing women, and a rap sheet of batteries and assaults going back to the 1980s. He was sentenced to 80 years in prison for the abduction and murder of Hannah Wilson, a student at Indiana University.

The prosecutor who put Messel behind bars, Ted Adams, has said repeatedly that he believes Messel was behind Spierer’s kidnapping. Adams noted that Spierer was inside Messel’s “danger zone,” where he was believed to have committed sexual harassment and assault.

The Spierer family maintains a website devoted to the search for Lauren. On the website and in a recent Facebook post, the family has expressed its deep frustration with the behavior of Lauren’s friends on that drunken morning in June nearly seven years ago.

“She was with people who could have gotten her help and yet they did nothing,” Charlene Spirerer wrote on the morning of New Year’s Day. “The final show of chivalry, letting Lauren leave an apartment with no phone, no shoes, no keys.”

Police have yet to make an arrest in connection to Lauren Spierer’s disappearance.

Correction, 1/10/18 — A previous version of this article misspelled the name of one of the men who last saw Lauren Spierer alive. His name is Corey Rossman, not Corey Rosman.