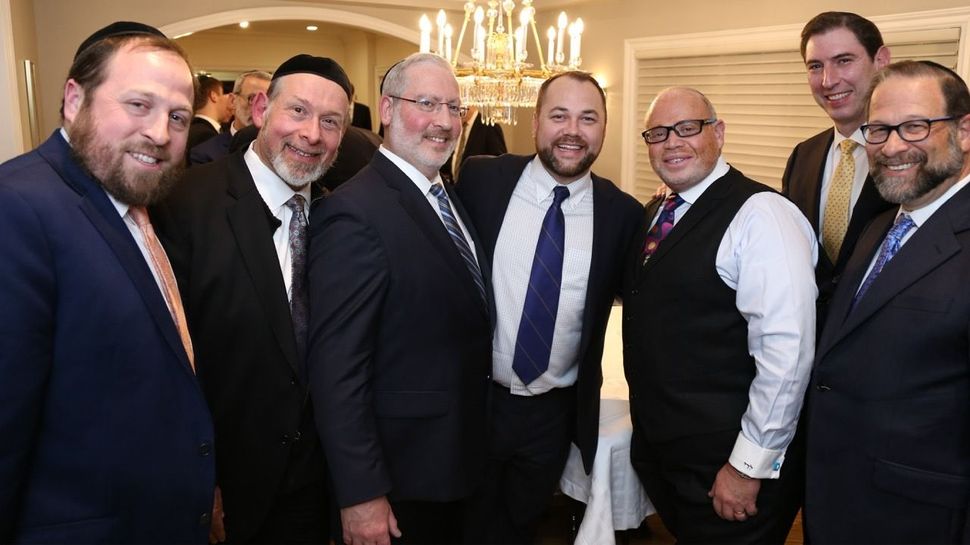 Image by Courtesy of Office of City Councilman Chaim Deutsch

A power shift in New York’s City Council has diminished some of the city’s most influential Jewish legislators. Now, political insiders warn that Jewish groups may have less pull in City Hall over the next four years.

Those insiders worry that the changes could mean that Jewish interests will get short shrift. And they note that two of the new council’s top leaders, Speaker Corey Johnson and Finance Committee Chair Daniel Dromm, have opposed programs that send city funds to private religious schools, a crucial issue for the city’s Orthodox Jewish community.

“The reality is that the Jewish community has lost influence in this council,” said one Jewish communal insider, who asked not to be named in order to maintain relationships. “I think that yeshivas definitely need to be concerned.”

Some local Jewish social service organizations rely on the City Council for funding through member-driven discretionary grants, in which the interests of the council’s leadership influences disbursement. The speaker and his allies also decide which bills make their way to a vote.

Several leaders who dominated the council chamber from 2014 through 2017 were Jewish.

In Brooklyn, Park Slope’s Brad Lander, often referred to as the “shadow speaker,” was the body’s kingmaker; Boro Park’s David Greenfield led the council’s powerful Committee on Land Use.

Now, following a round of elections and a contentious battle for the role of speaker, Greenfield has left his seat to lead a Jewish social service agency, while Lander’s influence appears to be much diminished. Lander and Kalman Yeger, Greenfield’s replacement, were among the few council members not to receive committee chairmanships, though Lander remains the council’s deputy leader for policy. Meanwhile, Mark Levine, who represents parts of Upper Manhattan, will now be replaced as head of the body’s Jewish Caucus by Chaim Deutsch, a conservative Democrat from the Flatbush section of Brooklyn.

A spokesperson for Johnson, Robin Levine, told the Forward in an emailed statement that the leadership team is diverse and would pass a budget that was fair to all New Yorkers.

The shuffling is in part the result of a full-scale reordering in the council, after an alliance of the Queens and Bronx Democratic parties won the speakership over the heavily Jewish coalition of progressives and Brooklyn Democrats who dominated the last session.

“Traditionally, when a new speaker and a new finance chair comes in, they have their own budget priorities,” the Jewish communal insider said. “Due to a lack of relationship between [Johnson] and [Dromm] and the Jewish community, there could be a loss of funding to Jewish groups.”

Others dismiss the concern, noting that Johnson has, in fact, built relationships with some Jewish leaders. Early this week, he visited Deutsch’s district, attending a meeting there with Agudath Israel of America’s Chaim Dovid Zwiebel and Malcolm Hoenlein of the Conference of Presidents of Major American Jewish Organizations.

“He understands where we are coming from,” said David Pollock, associate executive director of the Jewish Community Relations Council of New York, which has brought Johnson on a trip to Israel with other legislators.

Jeff Leb, a political strategist, said that Johnson, who represents Manhattan’s Hell’s Kitchen neighborhood, has an appreciation of the Jewish faith. “There are far more ideological commonalities than differences between the Jewish community and those of the speaker,” Leb said.

Johnson and Dromm do differ from many Jewish leaders on the question of funding services for nonpublic religious schools, a key issue for Orthodox groups. The most recent victory for that effort, a law that provides funding for security guards for public schools, passed despite the vocal opposition of Dromm, who represents the Elmhurst neighborhood of Queens. Johnson was one of only four council members to vote against the bill.

Some advocates insist that they are not concerned. Maury Litwack, director of state political affairs for the Orthodox Union Advocacy Center, one of the city’s loudest supporters of funding for religious schools, said that the new leadership would not hurt his efforts. “We believe our issues are about equity,” he said. “It happens to hit a lot of progressive values that this City Council in particular holds very dearly.”

One Satmar political activist, who also asked not to be named, acknowledged that the changes on the council could make it harder for his community to be heard in City Hall. But he also said that the new leadership offered his community opportunities to build new relationships with an ambitious new crowd of council members who would be looking for allies.

“[Levine] was able to act as a consensus builder between the Jewish Caucus and the more liberal and progressive members of the City Council,” said one lobbyist on Jewish issues, who asked not to be named in order to protect relationships. “Chaim Duetsch is viewed as a very right-wing, conservative person. That’s going to cause a lot of division within the caucus, and possibly the way the Jewish Caucus interfaces with the New York City Council as a whole.”

Deutsch told the Forward that he was unaware of concerns about Jewish communal access in the new City Council. “There’s nothing that changed as far as keeping the support and advocating for the issues that effect the Jewish community,” he said.

Levine, who now chairs the council’s Health Committee, said that Jewish groups will still have a voice in the body. But he said that budget constraints in the upcoming year will mean that all organizations that rely on city funding could face cuts.

“I think that those who specifically are thinking about funding for Jewish social service organizations are going to have to up our game in this environment,” he said. “But you’re going to have a lot of leaders in and out of the City Council who are working on behalf of Jewish issues, myself included.”