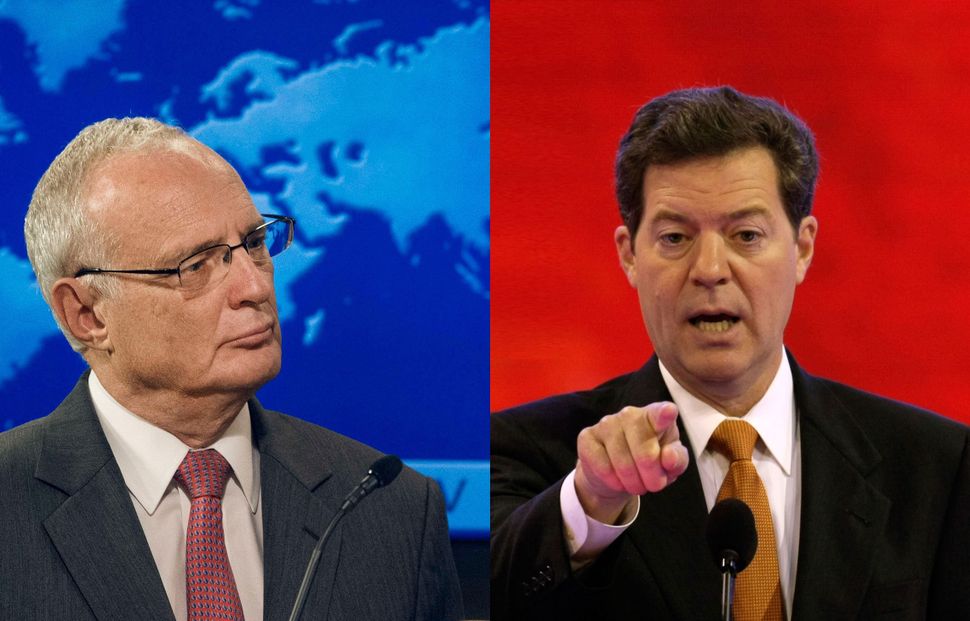 It took the tie-breaking vote of Vice President Mike Pence, but on Wednesday the Senate finally approved, in the narrowest of margins, Sam Brownback as the State Department’s next ambassador at large for international religious freedom. Immediately after, Brownback announced his resignation from his post as governor of Kansas.

Brownback will fill the position previously held by Rabbi David Saperstein. And while both have spent their lives working for religious freedom, Brownback and Saperstein could not be farther apart in the way they interpret the term. For a comparison, click on the graphic below. 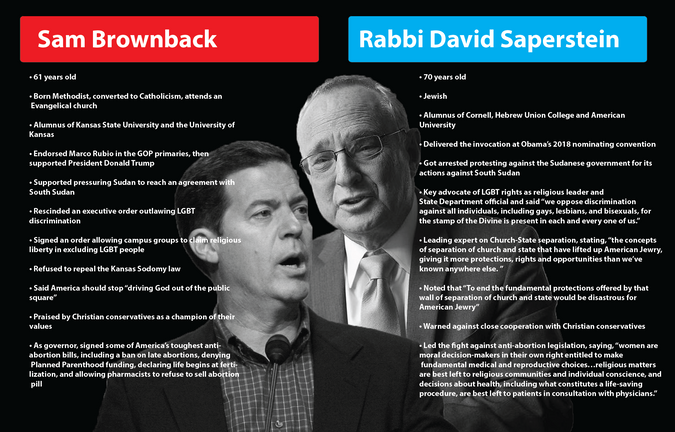 Laura E. Adkins created the graphic that accompanies this text.