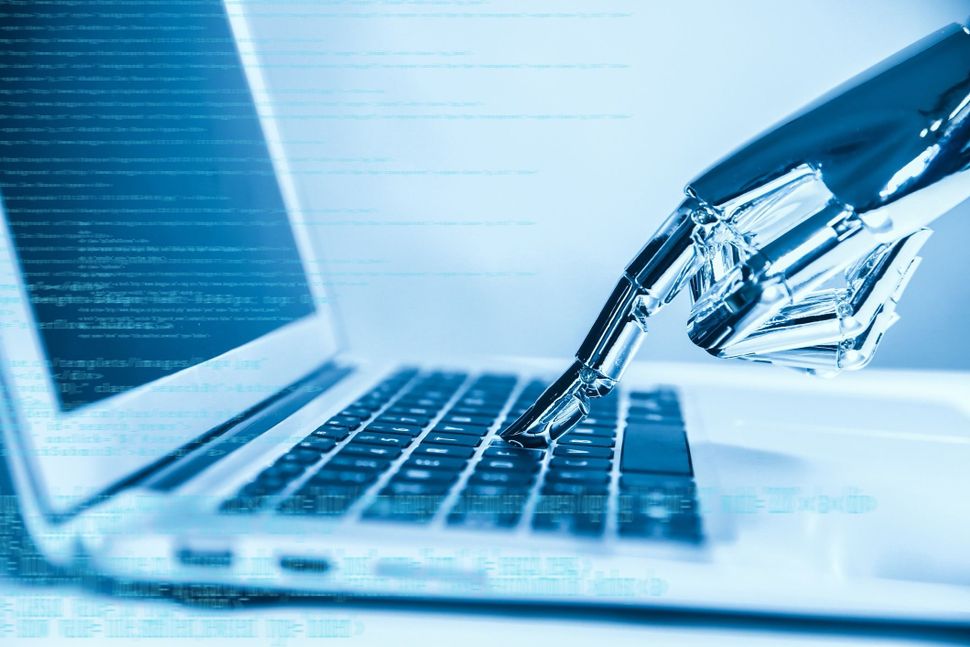 Everyone, it seems, is concerned about Twitter bots, a catch-all term for non-human Twitter accounts that are often used to game the system — artificially amplifying its message, or lending it unmerited prestige.

Now, a Forward investigation suggests that Twitter bots may be boosting the profiles of some of the most notable actors in the Israeli-Palestinian conflict. Some key Israeli figures — including President Reuven Rivlin, Diaspora Minister Naftali Bennett, Defense Minister Avigdor Liberman and opposition figures Avi Gabbay, Tzipi Livni and Yair Lapid — have followings that are more than 60% artificial.

The Forward used an analysis tool called TwitterAudit to examine nearly 200 Twitter accounts of prominent American Jewish, Israeli and Middle Eastern politicians, celebrities and organizations with over 10,000 Twitter followers (and in some cases, more than 10 or even 100 times that amount). Most subjects had followings that were at least 90% genuine, or less than 10% bots.

Further analysis of the six Israeli leaders’ accounts shows the likelihood that the estimates of large bot followings are accurate. In all cases as of 9:30 p.m. on Sunday night, at least eight of their 12 most recent followers had never tweeted before and had either zero or one follower (for Rivlin, that number was 11 out of 12). Most of those followers have no profile picture and names like @zomrqscrfbj1712 and @udwknsba1267, and follow many of the politicians listed above.

“I can confirm to the very best of my knowledge that we have never solicited or bought followers — real or otherwise,” Rivlin spokesman Jason Pearlman told the Forward. “The president has both English and Hebrew Twitter accounts which are used in the most part to promote official statements or releases issued to the media and the public. While we are aware of the possibility that not all accounts following the president are genuine, we receive notable feedback and interaction on both accounts from people in Israel and all around the world.”

Spokespeople for Lapid and Gabbay also denied that any bots were purchased for their accounts. None of the other politicians responded to requests for comment.

TwitterAudit makes its calculation by sampling thousands of an account’s followers and assessing the number of tweets, the date of the last tweet, and the ratio of followers to friends to estimate if the follower is “fake” or not. Translation from Hebrew or any other language should not play a role in its calculations.

The Israeli government has prioritized fighting what it sees as online anti-Israel bias, with tens of millions of dollars in funding going toward such activities, many of which are fought on social media.

“Our cell phones are the number one weapon against us,” Minister of Strategic Affairs Gilad Erdan (score: 62% fake) said last year.

Notably, however, U.S.-based Israel-focused organizations do not seem to have the same bot problems; TwitterAudit counts only 8% of the American Israel Public Affairs Committee’s 80,000 followers as fake, and organizations ranging from Jewish Voice for Peace, J Street, StandWithUs and the Zionist Organization of America all score 90% “real” or higher. (The Forward’s followers are 95% real.)

Plus, some Israeli entities focused on the Jewish state’s reputation, like the account of its United Nations and D.C. embassies and the account of ambassador to the United States. Ron Dermer, score 80% or higher.

Economist Jason Schenker, who purchased at least 260,000 followers from Devumi, told the Times that people do so to improve their visibility. “No one will take you seriously if you don’t have a noteworthy presence,” he said.

But Jewish Agency spokesman Avi Mayer (91% real followers), whom JTA judged in 2016 to be the third-most influential person on “Jewish Twitter” (just behind Israeli Prime Minister Benjamin Netanyahu), told the Forward that buying fake followers wasn’t worth it.

“I’m on Twitter because I think it’s a fantastic way of reaching people I wouldn’t be able to connect with otherwise,” he said. “Artificially inflating my numbers would be pointless. I’m much more interested in who’s following me than in how many.”

“A successful digital strategy, especially in the pro-Israel/Jewish community, depends on conveying a sense of authenticity and credibility, as well as engaging with your audience,” he wrote in an email. “Bots/fake followers are the very antithesis to this, which can only harm your reputation and dilute the message you seek to convey.”

Neither was too concerned about people inflating their importance by inflating their numbers. “I think people are smart enough to distinguish users’ worth following from others,” Mayer said.

Domestic considerations may be a factor, as the leaders of Israel’s fractious multiparty political system hope to rise above the fray. The Israeli leaders’ support from bots is actually not as strong as American Jewish politicians like U.S. sSenators Ron Wyden, Michael Bennet and Dianne Feinstein, each of whose followers are only one-third real people. (As a comparison, Trump’s following is 63% real, Netanyahu’s is 68% real, former president Barack Obama’s is 75% real, Treasury Secretary Steven Mnuchin’s is at 93%, and current House of Representatives members Jerry Nadler and Eliot Engel are at 95% and 92%, respectively).

Meanwhile, more than a third of the followers of anti-Israel figures like Iran’s Ayatollah Khamenei, the Palestinian Campaign for the Academic & Cultural Boycott of Israel and the Palestinian terror organization Hamas were found to likely be bots.

“I’m not surprised to learn that many of Hamas’s followers are fake,” Mayer said. “Their account isn’t that interesting and doesn’t seem to reflect a great deal of thought. It reads like it’s run by some teenage intern with poor English. There doesn’t seem to be much of an audience for genocidal rants fired off in 280-character spurts. I guess there’s some comfort to be found in that.”