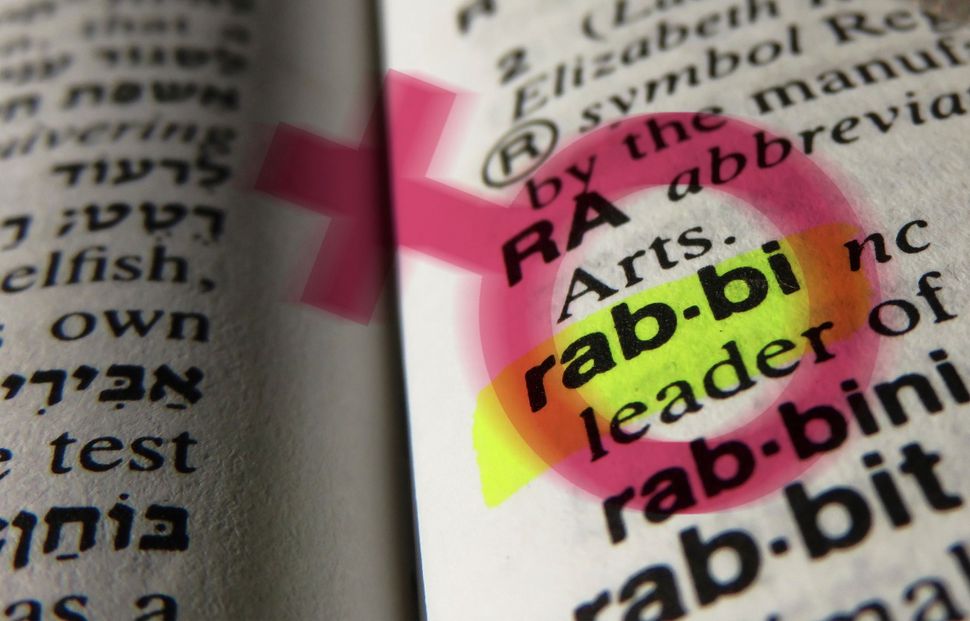 After nearly a year of deliberation, the leading Modern Orthodox umbrella group decided Tuesday night that it won’t expel its member synagogues that employ female clergy.

Instead, the organization, called the Orthodox Union, said it will continue to “urge” the four synagogues to “modify their practices” and will revisit the question in early 2021.

The O.U. decision to keep the four synagogues comes after a debate that threatened to split Modern Orthodox Judaism, an observant denomination increasingly divided between its liberal and conservative poles.

“Anybody reading this statement carefully can’t come away with any conclusion other than our strong desire to have every one of or member synagogue remain as a member,” said the O.U.’s executive vice president, Allen Fagin. “At the same time, we have standards.”

The ban on female clergy, adopted by the O.U. board at a February 2017 meeting, proved almost immediately controversial within Modern Orthodox circles, and the fate of the handful of O.U. synagogues with female clergy became a keystone issue in the debate over the future of the denomination.

“I know that our synagogue is Orthodox and will remain Orthodox, irrespective of what a bunch of people in some office in New York City decide,” said Rabbi Shmuel Herzfeld, spiritual leader of Ohev Sholom-The National Synagogue, a Washington congregation that is among the four O.U. member synagogues that currently have a female clergy member on staff. “Three years is a long time, and it’s my hope that the O.U. gets new leadership which recognizes the shortsightedness and narrow-mindedness of their approach.”

The O.U. seeks to represent the shifting space between liberal American Jews and the ultra-Orthodox. That space has grown increasingly complex in recent years, as questions of women’s roles in particular have raised concerns about a blurring of the lines between Modern Orthodoxy’s left and liberal Judaism. The establishment of Yeshivat Maharat, a seminary for female Orthodox clergy, has been a particular flashpoint.

The dean of that school, Rabba Sara Hurwitz, said that the O.U. statement will not disrupt Yeshivat Maharat’s work. “The work our graduates are doing is within the scope of Jewish law, and we will continue to provide a pathway to women who want to serve as spiritual leaders,” she said. “We continue to receive inquiries from community leaders and organizations that have expressed interest in employing our graduates, and anticipate that our graduates will find meaningful work in prominent shuls, day schools and Jewish organizations long into the future.”

The ban itself was based on a rabbinic decision signed by seven Modern Orthodox rabbis, including Hershel Schachter, a top rabbi at Yeshiva University’s rabbinical school. They based their opposition to women’s clergy on a number of precedents in Jewish law, including a ban on women being kings and another ban on women serving as ritual slaughterers. They also cited the need for high levels of modesty in synagogues, which they wrote was “incompatible with a woman presiding over a male quorum.”

This past September, roughly 40 leading Modern Orthodox rabbis sent a letter to the O.U. leadership, asking them not to expel the four synagogues. “Expelling O.U. synagogues which employ Orthodox women in these roles would do a great deal of harm in both the short-term and the long-term to our shuls, Orthodoxy and the broader Jewish community,” the letter read.

A group of prominent O.U. lay leaders sent their own letter, which warned that enforcement of the policy could splinter the movement. The New York Jewish Week also editorialized against kicking out the four synagogues.

Advocates, meanwhile, were left in the dark. Rumors circulated at various points over the course of the year, suggesting that the O.U. was about to act. In the end, the organization waited until nearly a full year was up to make its decision. The board’s executive committee drafted a statement, which the full board approved in a Tuesday night meeting.

In its new statement, which runs longer than nine pages, the O.U. said it would not take action against the four synagogues but would continue to ask them to change their policies.

“It is our fervent hope that such continued dialogue will result in adherence to the Responses of the Rabbinic Panel,” the statement reads. After three years, the O.U. will evaluate its progress on the issue and make “a further determination.”

“Our hope is that in the course of conversations with these shuls that we can find a way to bring them within the terms of the rabbinic Responses,” Fagin said. “That’s our goal.”

The statement also asserts that the O.U. is not trying to impose its standards on individual congregations, but simply setting rules for membership eligibility.

“We can’t force them into any mode of behavior,” Fagin said. “But we can define for ourselves what appropriate standards are for membership in the O.U.”

Fagin said that the O.U. is in discussions with some of the four synagogues about how they can make themselves compliant with the rules.

Herzfeld said that he hoped for a change in O.U. leadership. “My basic feeling is that we are an Orthodox synagogue, and the O.U. doesn’t get to define what’s Orthodox,” he said. “I feel very confident that everything done in our synagogue is 100% in accordance with Halacha.”