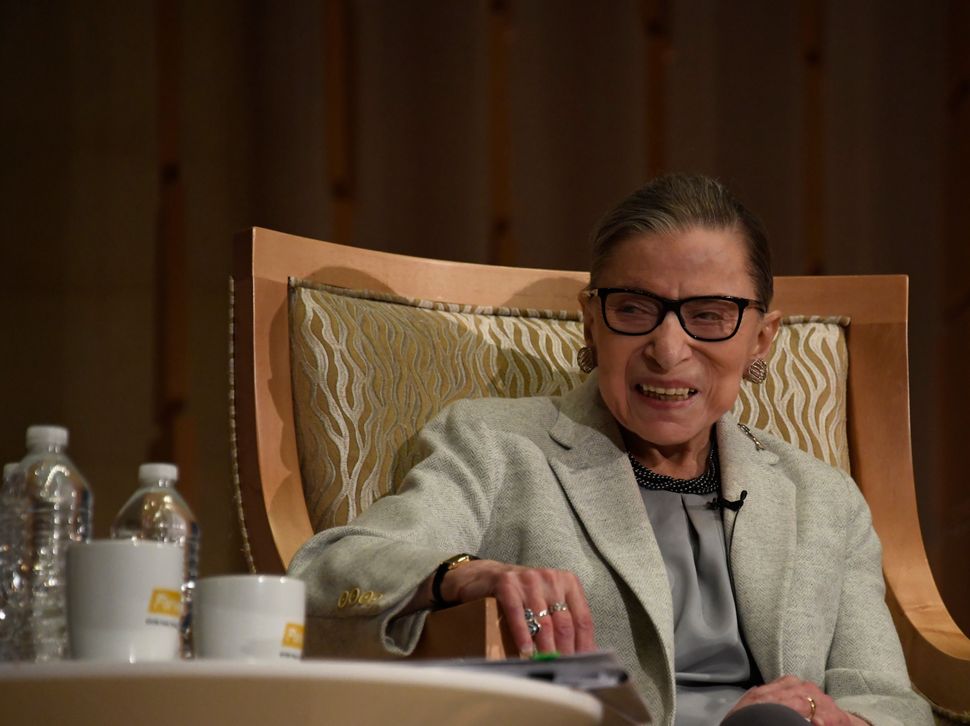 On Judah Benjamin, who was the first Jew nominated to the U.S. Supreme Court but declined and instead became a leader of the Confederacy:

On the need for the Equal Rights Amendment:

“I have three granddaughters. I can [take] this Constitution, our fundamental living instrument of government, and point to the First Amendment guaranteeing freedom of speech, press, religion. I would like them to see in that Constitution a statement that men and women are persons of equal citizenship stature…”

On her own experiences of sexism:

“I don’t know how many times I attended meetings as a young faculty member where I would say something and there was silence and the discussion went on. And then maybe 10, 15 minutes later a man would say just what I had. There was a tendency to tune out when a woman was speaking, because you couldn’t expect her to say anything worthwhile.”

On advice to young women entering the law who face discrimination:

“First, find allies. Being a loner is hard, but if you have other people with you, that points to your confidence and your spirit. And don’t respond to an insult you have experienced by saying, ‘You sexist pig.’”

On her give-and-take with her dear friend, the late justice Antonin Scalia:

“Sometimes I would speak to Justice Scalia in private and say: ‘This is so over the top, what you have written. Tone it down, it will be more persuasive.’ He never took that advice.”

On the social life at Cornell University, where there was one woman for every four men:

“If you could not find a man at Cornell, you were hopeless.”

On her favorite flavor of bagel:

Justice Ginsburg’s remarks have been lightly edited for clarity