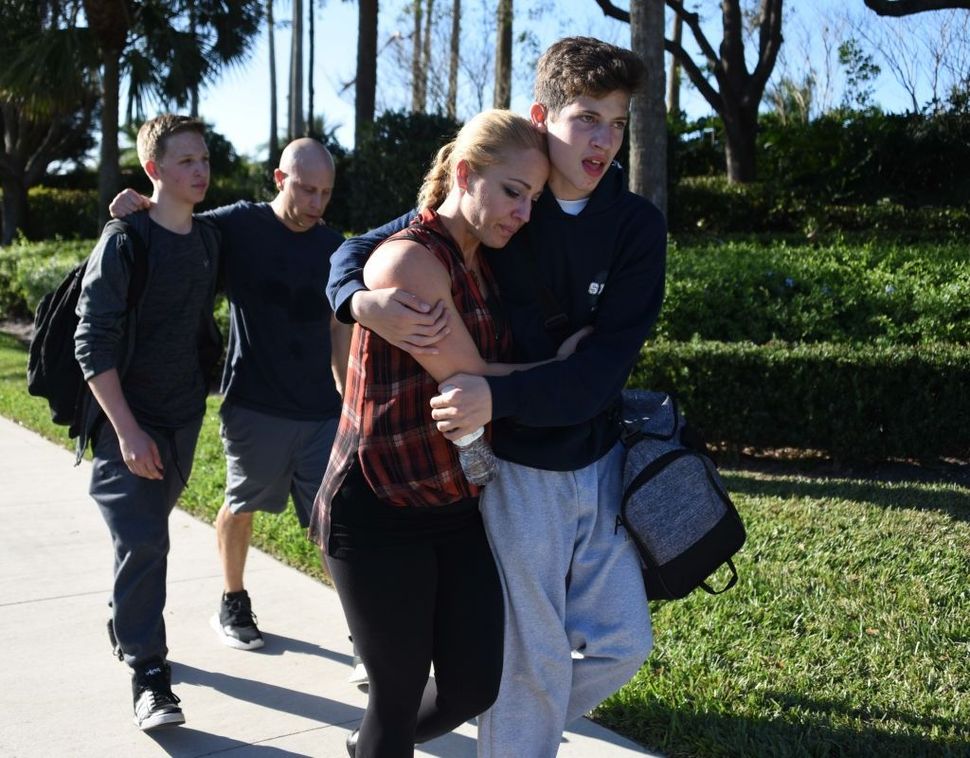 The Orthodox Union put its emphasis on expanding the program providing security grants to nonprofits, a program that has provided throughout the years funds for Jewish institutions to better address threats of terror and vandalism.

“We will work with federal and state policymakers to advance greater support for school security in the wake of yesterday’s events,” said Nathan Diament, executive director of the OU’s advocacy center. He noted that the group supports “common sense measures to reduce gun violence – including banning certain sophisticated assault weapons such as the AR-15 used in yesterday’s attack.” The Orthodox Union, said Diament, will work “across the political spectrum” to advance these policies.

On the left, groups that had made gun control a key advocacy issue for decades, viewed the event as further proof to their claim that without limiting the free sale of guns for all, nothing will change.

“The alleged shooter was clearly a deeply troubled young man and should not have owned an assault rifle. Yet, under current laws, he was able to legally obtain and an AR-15,” Jewish Women International stated in its press release.

The Anti-Defamation League noted that the firearms are the “weapon of choice” for extremists and, like Jewish Women International, called for new legislation to regulate gun sales.

The Reform Movement responded with a message touching both on faith and on advocacy. “How a good God could let this happen to anyone?” asked URJ president Rabbi Rick Jacobs, and responded: “I can imagine the Holy One sobbing along with us, distraught over the senseless bloodshed we’ve collectively allowed to happen.” The Reform Movement called on lawmakers to take action to change the situation. “Until our elected officials stop issuing empty calls for thoughts and prayers and start protecting all Americans, we are left to wonder which community will be the next one added to this dreadful list,” said Rabbi Jonah Dov Pesner, director of the Religious Action Center of Reform Judaism.