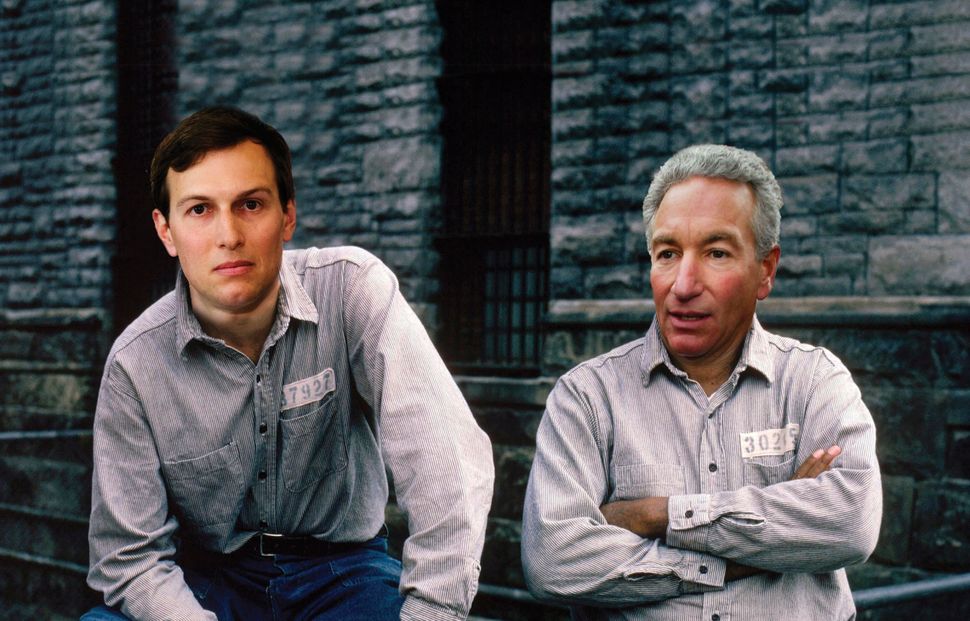 In a major scoop, the Backward recovered the following letter from soiled McDonald’s boxes in the White House trash cans.

As I’ve watched you over the last two years, your entry into public life, I’ve thought about how much you really are like your old man. You work harder than everyone around you. You’re devoted to family. You’re not afraid to take risks when you think it’s worth it.

And, judging by the recent reports, you’re going to be spending time in federal prison, just like I did.

I’m writing to you now, father to son, because I love you, and I want what’s best for you. I understand what you’re going through. I’ve been there. You collaborated with Russian intelligence operatives and worked to undermine this nation’s democracy while trying to secure sweetheart foreign investment deals for the family real estate business. I secretly videotaped a prostitute sleeping with my brother-in-law and then sent the tape to the rest of the family. Why? Because both of us knew that it was the right thing to do.

And I know what you’re facing. I know that you think of me as a tough, strong man, but I was not strong in prison. That first night, I cried like a baby, a baby that has been locked in an 8 by 10 concrete cell with a 300-lb serial rapist who keeps staring that baby down with his one good eye.

And you have it tougher than I did because – and I say this with great love – you are weak. You are weak and willowy with a girlish physique, the other inmates will snap you in two and feast on your innards. You’re not tough, you’re not strong, and above all, you have this weird thing where you’re both really dumb and really smug at the same time.

If I could only offer you one piece of advice, it would be this – sing. Sing like a bird. If Mueller and his team ask you how’s the weather, you say, “I’ll wear a wire! I have emails!” Because, son, the odds of you surviving prison are nil. Nothing. Absolute zero.

I would sooner grate my testicles into powder than go back to prison. A sharp, liquid chill runs through my bowels every time I hear a metal door close. Once, at our local farmer’s market, I heard one of the vendors call out “fresh fish” – much as the old heads screamed at us new arrivals when we first walked into prison – and I almost vomited on the organic loganberries. (Though I did later buy some of the vendor’s sea bass and found it remarkably succulent.)

I mention this because I’m concerned that you don’t appreciate the gravity of what you’re facing, particularly after reading your “Proposed Strategies for Prison Life” memo. For starters, I really think you’re overestimating how far the Harvard thing will get you in prison. School ties are not a big thing on the inside, at least not compared to ethnic ties. And no, I don’t think that you knowing Steve Bannon is going to give you an “in” with the white power groups — they’re going to take the whole Jewish thing a lot more seriously than he did.

Your only chance of survival, I think, is minimum security. I’m not sure you’re eligible, given the charges you’ll be facing, but that hasn’t stopped us before. I had a friend set up a meeting with the warden of the prison camp at Cumberland. I’ll open by offering him $2.5 million towards the endowment, but I think prices may have gone up since Harvard.