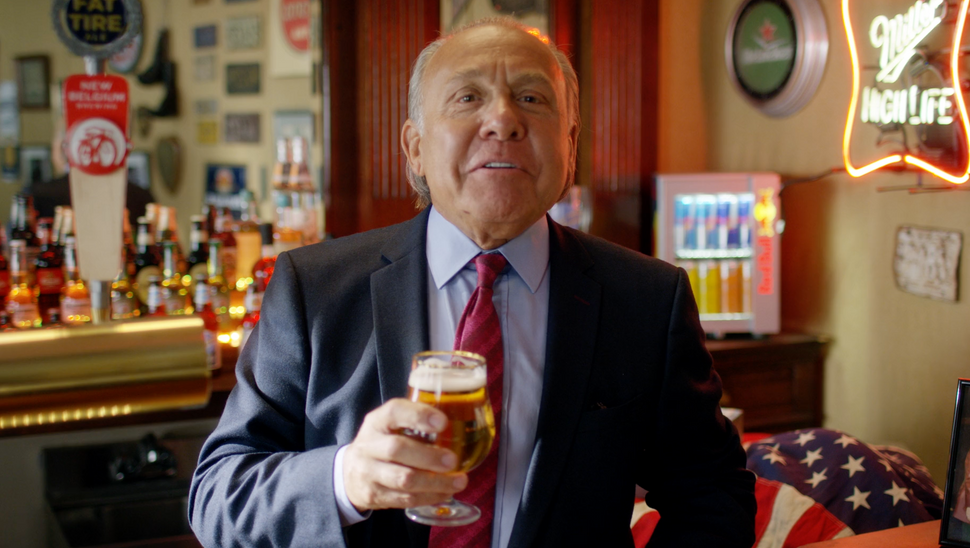 The Sunday before Passover, New York’s biggest beer mogul, Simon Bergson, found an ultra-Orthodox rabbi waiting for him in the lobby of his apartment building.

The rabbi brought some strange news: He needed Bergson to sell all of his beer. Symbolically. Just for a week. Then he could buy it back.

Bergson had never heard of such a thing. The rabbi explained that if he didn’t make the sale, observant Jews would be prohibited from drinking any beer he had owned during the Passover holiday.

Bergson went along with it, agreeing to make the symbolic sale at his office the next day. But instead fixing the problem, the arrangement set off a controversy among New York’s ultra-Orthodox Kosher authorities that ended this week with some rabbis advising New York Jews to drink only Budweiser this month, as the Forward first reported Wednesday.

For the ultra-Orthodox rabbis endorsing the temporary ban on Bergson’s product, the problem is that Bergson is Jewish, but not Jewish enough. Though Jewish by birth and affiliation, Bergson sold beer during Passover, which is forbidden under traditionally Jewish law, and has led some rabbis to say that Jews shouldn’t drink beer sold by his firm, Manhattan Beer Distributors, this month or next.

Yet a brief phone call with Bergson on Thursday morning revealed a deep irony in an already unusual case. Though not Jewish enough for the ultra-Orthodox rabbis, Bergson revealed himself to be about as Jewish as it gets.

His life story is so stereotypical it sounds clichéd. He could have stepped out of a Sholem Aleichem novel, or maybe one by Philip Roth: His parents met in Auschwitz. He was born in a displaced persons camp in Austria. He came to Brooklyn as a boy and made good.

“I started with gornisht,” he told the Forward, using the Yiddish word for “nothing.”

Bergson’s first language is Yiddish, and he sprinkles Yiddish phrases liberally in conversation, which he carries on in the Brooklyn Jewish accent of Jackie Mason.

His parents were both from the Polish city of Ciechanow, but met in a Auschwitz when Nazi guards sent his father into the women’s camp to make a repair. After surviving the same death march to Mauthausen, another concentration camp, they returned home to Ciechanow together after liberation and were married. They left together soon after. Bergson was born in a displaced persons camp in Austria as the family waited for permission to move to America.

His father got into the “shmatte business,” Bergson says, and became a clothing manufacturer. When he decided to get his own start in the beer trade, his father scraped up some capital by asking his Jewish friends for “gemilus chesed” loans, a traditional practice of offering free loans within Jewish communities. Bergson paid the loans back after a year, offering gifts of clothes from his father’s company as interest.

Bergson has been an aggressive player in the New York beer market, turning a storefront on the Lower East Side into the city’s dominant beer empire. For the past decade, he’s been the largest beer wholesaler in the city, with more than $1 billion in annual sales.

It’s unclear why it took until 2018 for the Kosher authorities to catch on to him.

As the Forward reported yesterday, the unexplained sudden realization that Bergson is Jewish sent Kosher authorities into high alert in the weeks before Passover. In order for food that is owned by a Jewish person before Passover to remain permissible for Jewish consumption after Passover, its owner must sign an agreement called a Mechirat Chametz, a Jewish legal loophole that symbolically transfers the ownership of the food to a non-Jew during the holiday.

Representatives of OK Kosher, a certification agency with ties to the Chabad-Lubavitch Hasidic sect, took it upon themselves in the days before Passover to get Bergson to sign the agreement.

Bergson said that one of their rabbis waited in the lobby of his apartment building for hours on Sunday before Passover. They spoke to each other in Yiddish, and Bergson invited him to the office the next day to sign the agreement.

After the deal was done, Bergson, no naïf in the ways of Jewish communal professionals, got ready for the inevitable ask. “I said to [the rabbi], ‘Okay, tell me, tukhes afn tish, how much is this going to cost me?’” Bergson said, using a common Yiddish phrase that directly translates as “ass on the table,” and means, “let’s be real.”

After Passover, Bergson assumed the matter was over. But in recent days, some ultra-Orthodox rabbis, following different interpretations of Jewish law than those cited by OK Kosher, have said that the Mechirat Chametz agreement Bergson signed was invalid because he ran his business as usual during Passover and kept on selling beer.

While the OK Kosher rabbis maintain that his beer is now fine for consumption, others say that any beer he owned during Passover is permanently unfit for Jewish consumption.

As the Forward reported, two Kosher certification agencies, the Central Rabbinical Congress and Star-K, have recommended against buying nearly all beer in New York until late May, at which point they assume his stock will have turned over. Both say that beers manufactured by Anheuser-Busch are still permissible, as the company distributes its own beers in the city.

“People will stick to Budweiser,” a rabbinic administrator with the CRC told the Forward. 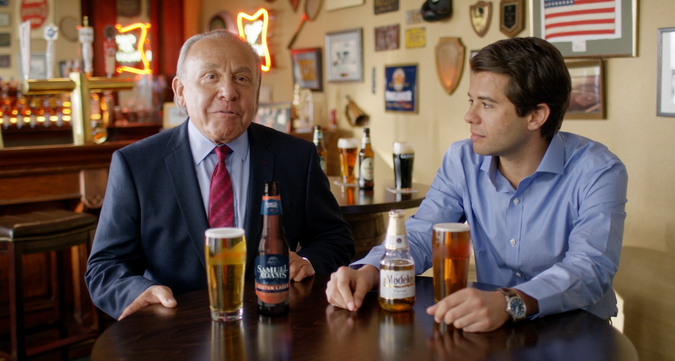 Bergson acknowledged that he is not a strictly Orthodox Jew. “I’m not Shomer Shabbes,” Bergson allowed, using a Yiddish phrase to say that he does not follow a strict religious interpretation of the laws of the Sabbath. “But that doesn’t mean I’m not observant. I go for the High Holidays to synagogue. We light candles.”

He said that his grandparents were Orthodox, and his grandfather was a religious cantor, but his father lost his faith after he was liberated from the concentration camps. “He said, ‘Look, I’m reborn now,’” Bergson recalled. “My parents chose to consider Liberation Day as their non-biological birthday. And he just chose not to be observant.”

He said that he carries a photo of his father in his Auschwitz uniform in his waller.

While Bergson seemed befuddled by the whole affair, he offered one Talmudic quibble of his own. Budweiser, he says, may not be so much more permissible this month than his own beers. He told the Forward that a founding partner of an investment firm that owns a very large share of Anhueser-Busch’s corporate parent is also Jewish.

Whether that’s enough Jewish ownership to raise a problem is likely a question best left to the rabbis. The Forward could not independently confirm that the billionaire investor Bergson identified is Jewish. The billionaire’s investment firm did not respond to a request for comment.