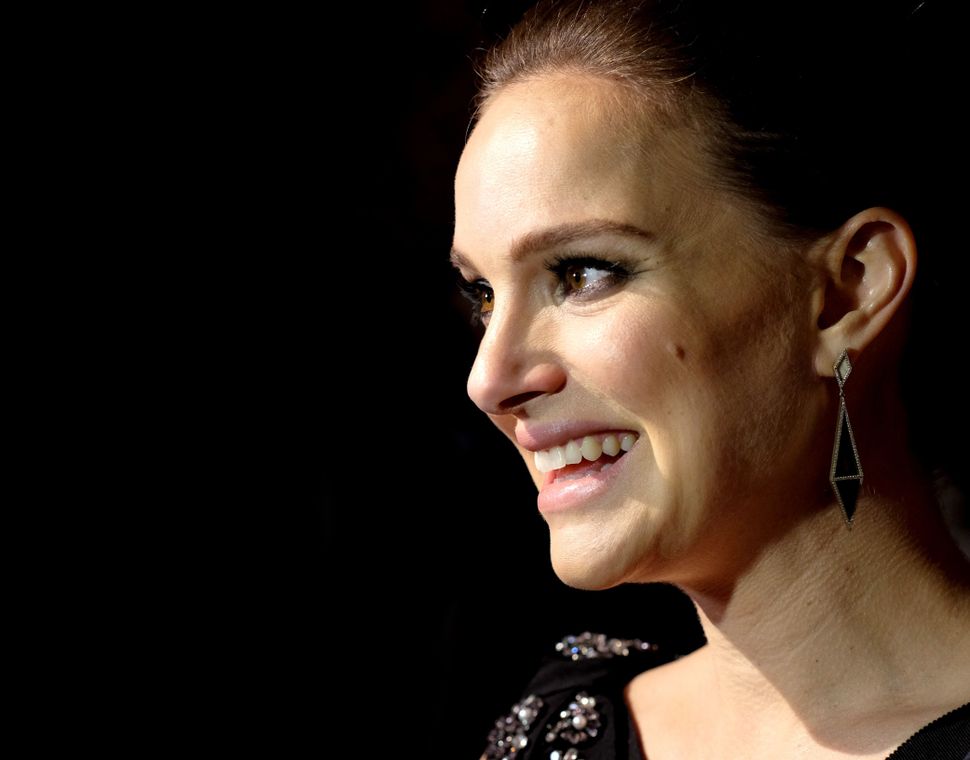 For American Jewish left-wing activists, Natalie Portman’s announcement Friday that she would skip a Jerusalem award ceremony in light of “recent events in Israel” came as a sign that they, finally, are winning.

“There’s a feeling that the wind is at our back,” said Rebecca Vilkomerson, executive director of the far-left group Jewish Voice for Peace.

Public criticism of Israel’s treatment of the Palestinians remains rare among mainstream American Jewish leaders. But Jewish left-wing activists say that a string of organizing victories in recent weeks shows that their campaigns are having an effect, and that Portman’s decision is a sign that the discourse is changing.

Portman’s announcement that she won’t attend the Genesis Prize ceremony, where she was supposed to receive a $2 million award, is something of an enigma. The group that grants the prize passed on a statement that “recent events in Israel have been extremely distressing to her and she does not feel comfortable participating in any public events in Israel.”

In a statement posted to Instagram on Friday evening, Portman expanded on the initial statement, saying that she “did not want to appear as endorsing Benjamin Netanyahu, who was to be giving a speech at the ceremony.” She also said that she did not endorse the BDS movement.

“Israel was created exactly 70 years ago as a haven for refugees from the Holocaust,” Portman wrote. “But the mistreatment of those suffering from today’s atrocities is simply not in line with my Jewish values. Because I care about Israel, I must stand up against violence, corruption, inequality, and abuse of power.”

She did not specify which incidents she was referring to in her statement. But her actions are being received as a sort of vindication of weeks of organizing by left-wing Jewish activists, much of it in response to the Israeli military’s shooting of hundreds of noncombatant Palestinians at the Gaza border, and killing of dozens more.

This month, the anti-establishment Jewish protest group IfNotNow has staged a wave of 31 discrete demonstrations by young activists outside the offices of Jewish establishment groups and elected officials, calling on them to condemn the Gaza shootings. Nearly 40 IfNotNow members were arrested at the demonstrations.

Meanwhile, on Wednesday, students at one of the most Jewish colleges in the country — Barnard, in Manhattan — passed a referendum asking their administration to divest from companies they say profit from the occupation. And on Monday, Durham, North Carolina voted to ban its police from taking military training abroad, the result of a campaign led by Jewish Voice for Peace against Israeli military training for American police forces.

Activists involved with the protest campaigns say that they are a sign of drastic changes in how young Jews think about Israel.

“There’s absolutely something happening,” said Jill Raney, an IfNotNow member arrested Monday for blocking the doors to the offices of Senator Ben Cardin. “More and more young Jews are seeing the moral necessity of saying in public that a lot of what Israel is doing goes against our Jewish values.”

The leftist groups remain somewhat uncertain about how to respond to Portman. But some welcomed her action as a symbol of the shifting political winds.

“It’s a reflection of how the generation of American Jews that has grown up only knowing the violence of Israeli occupation are finding it impossible to justify the occupation,” said Yonah Lieberman, a leader of IfNotNow. “Different people are using different tactics to speak out against the unconscionable actions of the Israeli government.”

J Street, the liberal Zionist group, said that Portman had a right to express her concerns, and condemned the Israeli officials who have attacked her on Friday.

“They should think seriously about why a prominent and proud Israeli-American might be so distressed by the situation in Israel today,” Jeremy Ben-Ami, J Street’s president, said in a statement.

Some of the activists suggested that the shift in tone in recent weeks is due to the shooting of Gaza protesters. Raney, the IfNotNow activist, who uses the pronoun “they,” said that they chose to risk arrest for the first times in their lives because of the Gaza shootings. “I have done a lot of peaceful protesting in my time, and what Palestinians in Gaza are doing at the Great March of Return is the exact same thing,” they said.

Others suggested that the current mood comes as Americans begin to identify parallels between behaviors of President Trump and the Israeli prime minister, Benjamin Netanyahu. Rabbi Jill Jacobs, executive director of the rabbinic human rights group T’ruah, said that the friendship between Netanyahu and Trump “brings into focus the danger of what’s happening in Israel.”

For JVP’s Vilkomerson, actions like Portman’s make it easier for others to speak publicly against Israeli policies. “Whenever there’s one of these peak political moments, you see more and more people being more willing to speak out, and people reach a breaking point and feel compelled to act,” she said. “For every person who speaks out, it gets easier for the next person.”

Update: This story was updated at 8 PM on April 20 to include the statement Portman issued Friday evening.