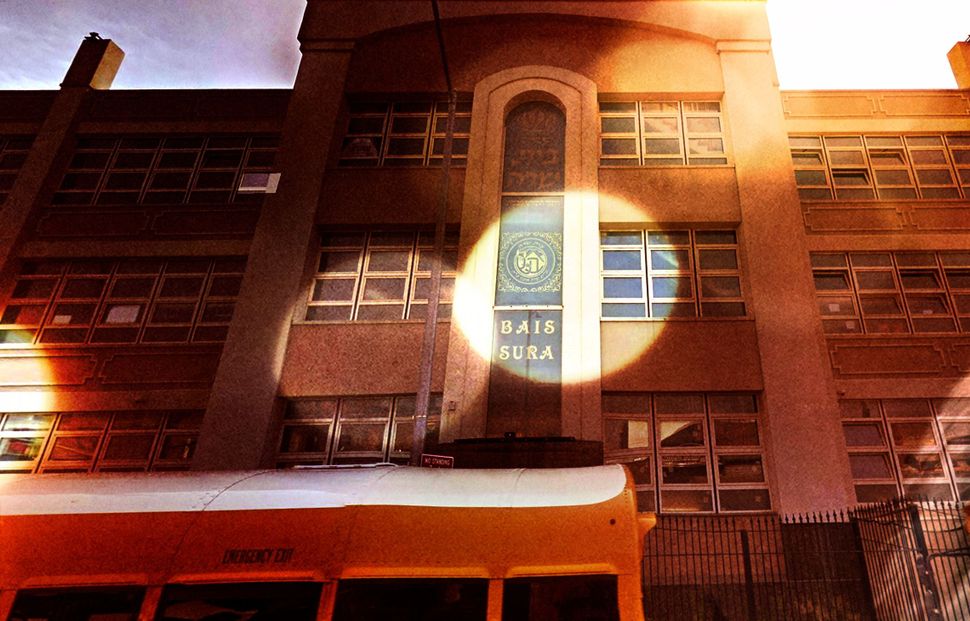 The principal of an elite ultra-Orthodox girls’ school is defending himself against accusations from a politician and community members that he’s ignored years of complaints about sexual misconduct.

The controversy’s catalyst was the release late last week, through a popular messaging app, of a recording that relates one student’s tale of an unwanted kiss from a kitchen employee at Bais Sura in Boro Park, Brooklyn.

On May 3, the principal, Nuchem Klein, sent a letter to parents stating that the worker has been fired even though a school investigation found that the allegations were “unjustified.”

Yet a local politician, Dov Hikind, said Klein’s response was “pathetic,” and that parents have long complained to Klein about sexual misconduct to no avail. Now the school and its surrounding community are in an uproar over the mounting accusations of sexual misconduct. The controversy is particularly noisy because it involves female purity — a cherished value in the Hasidic world.

“Clearly the administration knew that something was wrong, and they got caught,” said Asher Lovy, the director of community organizing at Za’akah, a group that promotes awareness of sexual abuse in the Hasidic community. “But what’s stopping them from keeping more employees who need to go?”

Bais Sura, also sometimes referred to as Bais Sarah, is a girl’s yeshiva with about 900 students from pre-Kindergarten to 12th grade. It is located in a densely ultra-Orthdox area of south Brooklyn, and serves the Satmar and Belz Hasidic communities — two of the larger and wealthier Hasidic groups in the borough. It is a small landmark within the community, frequently hosting vorts, or engagement parties, for young couples. The school declined to comment.

The scandal started the morning of April 27, a Friday, when a Hasidic woman released a recording on WhatsApp stating that an employee at the school had tried to kiss a friend of her niece. The woman said the school acknowledged the behavior but refused to fire the employee because he “knew too much.”

The recording came to the attention of Hikind, a veteran lawmaker who recently announced his retirement. He used Twitter to ask people with information about it to reach out to his office.

“The fact that this school is considered to be one of the finest, where tznius [modesty] is at the highest standard, is a little laughable as far as I’m concerned,” Hikind told Voz Is Neias, an ultra-Orthodox news outlet.

The woman who made the recording declined to comment to the Forward. It’s not clear how old the recording is or when the alleged incident happened.

Nonetheless, later that day, Hikind tweeted that that the school had fired “the individual.”

“There were many complaints to Rabbi Klein about the inappropriate behavior and he didn’t do anything about it for years, until Friday,” Hikind said. In a Facebook video released Thursday, Hikind said that he had received 15 complaints from parents about separate incidents of sexual misconduct by the employee mentioned in the recording. He told the Forward that the complaints including unwanted touching, kissing and winking.

The NYPD told the Forward that there is no open investigation focused on Bais Sura. However, Hikind said the department’s Special Victims Unit called his official spokesman right before Shabbat started on April 27, the day the recording spread through the community. He said that they have received complaints from parents of Bais Sura students about allegations of sexual misconduct by the employee mentioned in the recording.

“The bottom line is, this stuff happened, there’s no question about it,” Hikind said.

A code of silence

Some have called the allegations a smear campaign against Klein, and are defending his reputation. “How can you look yourself in the mirror knowing that this is not true,” wrote one Twitter user.

Others, citing Hikind’s statements about multiple accusations against the fired employee, smell evidence of a cover-up.

The accusations have also triggered complaints against Klein for his autocratic leadership style. Since the release of the recording some Bais Sura alumna have posted on Facebook about their time at the school, accusing Klein of giving students overly harsh punishments.

Hikind tweeted on April 30 that he had received reports that Klein was enforcing a code of silence among Bais Sura students.

My phone continues to ring w/ reports of intimidation at Bais Sarah. Children told they are forbidden to discuss what occurs at school; mothers inquiring made fearful by intimidation. Rabbi Klein: I urge you to reconsider this approach. Parents/children are entitled to feel safe.


In 2008, Hikind came under criticism for refusing to disclose to prosecutors what he said were accounts of “hundreds” of instances of sexual abuse of children in the Hasidic community. He said he had promised the individuals who offered the accounts anonymity. Hikind was eventually subpoenaed to hand the files over to prosecutors.

Za’akah, the advocacy group, is planning to hold a protest on Sunday in front of Bais Sarah. Lovy says that, though the school appears to have acted quickly in firing the worker, the assertion that the school administration initially declined to let him go makes them suspicious.

“It doesn’t make sense why a [Hasidic] school would go to bat for a goy,” he said, invoking the Yiddish word for non-Jew that is commonly used pejoratively. “That’s the question everybody has. What does he know?”