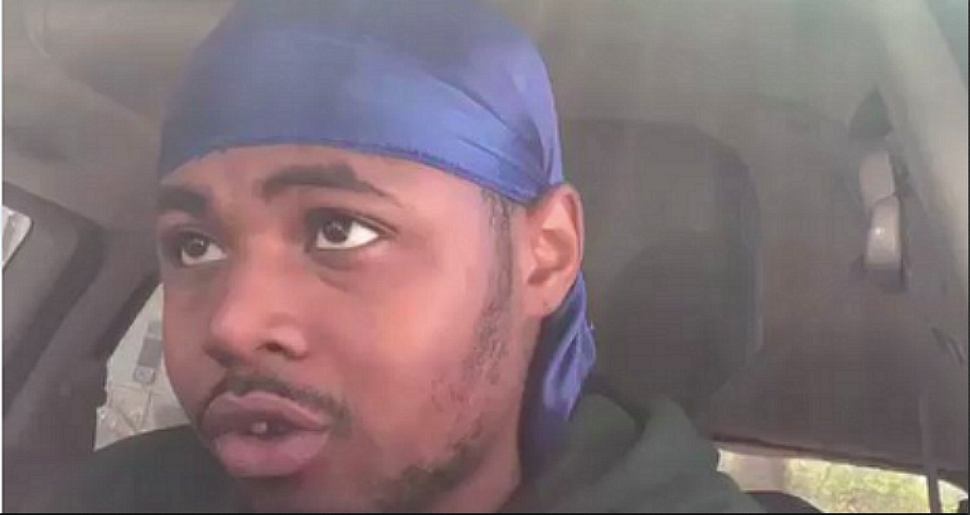 The man who achieved internet notoriety for mocking a Hasidic boy’s hair and then was widely embraced after posting a heartfelt apology on Twitter is desperate to seek absolution in real life — on the Brooklyn streets where he first saw the boy.

Quai James was working in Wallabout last Saturday when he came across the toddler with a kippah, shaved head and long sidelocks. By Wednesday night he’d returned to the neighborhood, again for work — and in a quest for forgiveness. He’s to try to find the family, and saying sorry to random Jewish passerby.

James hasn’t found the child yet, but he did make a connection, he told the Forward.

“Once I was back there, I suddenly knew that I had to do something to make it right,” he said.

James approached a man, and asked if he was aware of the story. The man seemed to not understand and walked away. Eager to apologize directly to someone, James approached a second man, who was wearing a kippah. “I went up to this guy and asked him, ‘If one were to disrespect a Jewish person, what can one do to make it up?’”

Immediately, the man knew who James was. He told James that he had been following the entire story online. “He told me that he saw my apology video. He said that he had already accepted it,” James told the Forward. “He said that he was honored to meet me and that my apology was so sincere, and that was enough.” 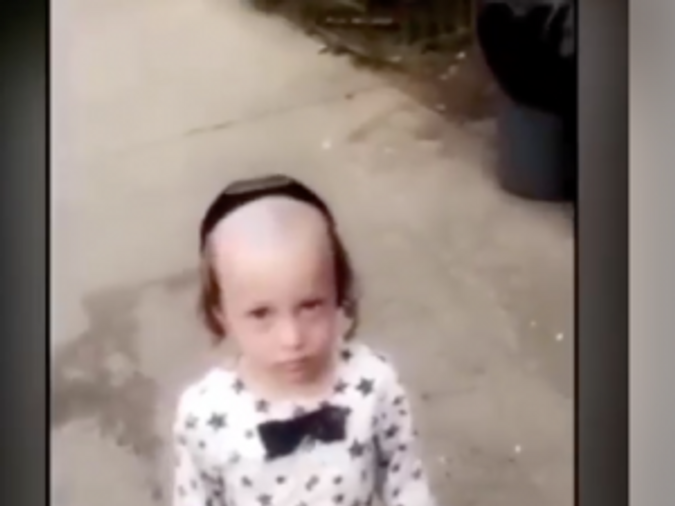 The 25-year-old, who lives in Yonkers, told the Forward he works for a delivery service that provides services to areas of Brooklyn known for their large communities of Hasidic Jews, like Wallabout. When James saw the boy’s hair, he thought it was odd, he said. Then he filmed his interaction with the boy.

“I’d be crying if I looked like that too bro,” James said to the child, who appeared to be upset. “That’s f*cked up what they be doing to y’all.”

“You probably had the full wash and set – they should be fired if they ain’t cut your sht,” he continued. “Fck it though bro, it’s your life.” 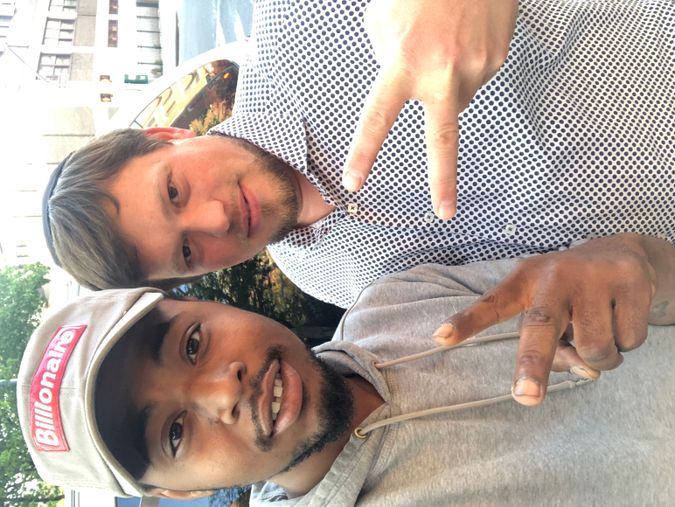 The post went up after a string of violent incidents in Crown Heights, another Hasidic neighborhood. At least three members of the Chabad-Lubavitch Hasidic community have been attacked there since mid-April. Police have charged a man with a hate crime in one of the attacks, and brought robbery charges in another, but say the incidents are unrelated.

“In Judaic teachings, we talk about the ability to forgive. I find Quai’s apology something that speaks to me,” Mordechai Lightstone, a member of Crown Heights’ Hasidic community, told the Forward. “I am not the spokesperson for the Hasidic community of the world, or even of Brooklyn, however I do believe that it is clear that he has a desire to make things better. I think Quai maybe wanted to create action online, but I do not think he was trying to be anti-Semitic.”

On Tuesday, James posted another Twitter clip — this time issuing an apology.

“Social media took what was meant to be a joke and made it into something about race, which it wasn’t meant to be. It could have been a black boy with twisty locks in his hair and I would have said the same thing. This was never about black vs. white or black vs. Jewish,” James, who is African-American, told the Forward.

By Wednesday, the apology had received 387,000 views, and touched many people deeply, including other Hasidic people who are, like the boy, visibly Jewish. 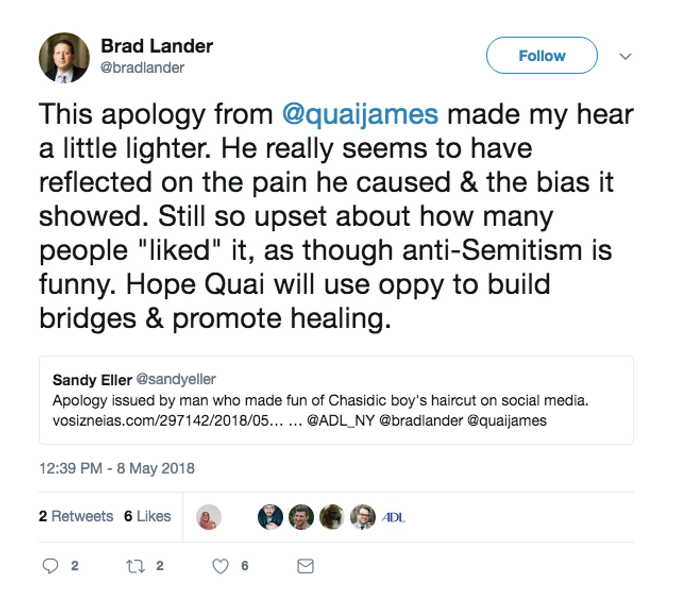 The family of the child is still unidentified, according to Lightstone.

Lightstone added that perhaps he would feel differently had it been his own child taunted in the clip. “Since it wasn’t my child, I don’t feel that it is my job to forgive him. However, as a Hasidic Jew, I do forgive him,” he said.

Indeed, despite the acceptance of his apology by politicians and religious Jews, James told the Forward he still feels a need to do more. “We’ve all been through so much — black people and Jews. I want to find a way to bring everyone together. I’m not so familiar with Jewish culture, but I really want to learn more,” he said.

Yeger’s invitation evokes similar gestures of outreach made to Trayvon White Sr., a Washington, D.C. councilman after it was revealed in March that he’d said the Rothschilds, a centuries-old Jewish banking family, control the weather. White apologized for his remarks, and received so many invitations to Jewish Passover celebrations that he couldn’t attend them all.

James is feeling a bit better. He and the Hasidic man who accepted his in-person apology even took a selfie together.

“That’s what I needed — that acceptance from someone in the community,” he said.