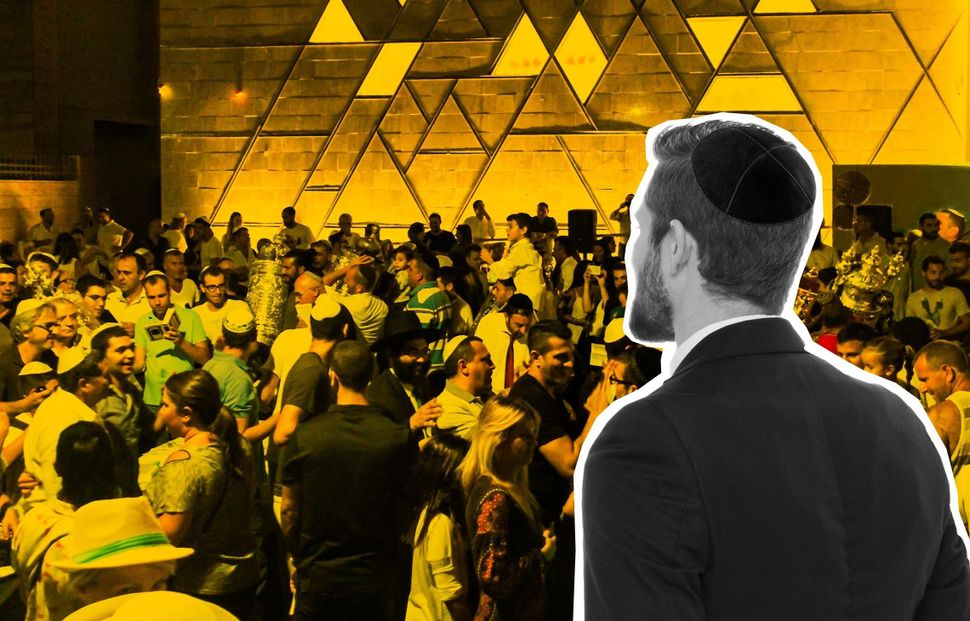 JERUSALEM (JTA) — An internal correspondence document written by a senior member of Israel’s Rabbinical Courts rejects the authority of all rabbis who receive their ordination from a yeshiva located in New York.

The document, obtained by Itim, a nonprofit that guides Israelis through the country’s religious bureaucracy, shows that despite the haredi Orthodox-dominated Chief Rabbinate’s insistence that there are no criteria or blacklists for recognition of rabbis abroad, the Rabbinate rejects the halachic authority of certain Orthodox rabbis in the United States

The document, written in March by Rabbi Asher Ehrentreu, a senior member of the administration of the Rabbinical Courts,  states that rabbis who serve in communities across the United States who were ordained by Yeshivat Chovevei Torah, an institution established by Rabbi Avi Weiss of the Bronx in 1999, “call themselves Orthodox,” and “are not recognized by the Rabbinate of Israel.”

The edict affects some 124 rabbis ordained by the yeshiva.

The document was written in connection with Ehrentreu’s refusal to recognize the Jewish status of a woman who presented the Rabbinate with a letter attesting to her Jewishness written by a rabbi from Chovevei Torah, according to Itim. The letter referred her to “comprehensive clarification” of her status by the Israeli Rabbinate. The woman’s Jewish identity was recognized only after a rabbinical court in the United States issued a certificate attesting to her status, according to Itim.

Letters attesting to the Jewishness of other people written by Weiss, known as a liberal rabbi, have been rejected in the past, but this letter is the first that appears to undermine the authority of all rabbis ordained by his yeshiva.

The document specifically refused to recognize the certification of a woman’s Jewish status issued by Rabbi Akiva Hertzfeld, who served as rabbi of the Sha’arei Tefila congregation in Portland, Maine and who has since made aliyah. In 2013 he was named as one of the Jewish Daily Forward’s “36 Most Inspiring Rabbis.”

“The scandalous letter found in the rabbinical court file shows that the Chief Rabbinate and the rabbinic courts rejected Rabbi Akiva Herzfeld’s testimony about the Jewishness of his community because of his affiliation with ‘modern Orthodoxy,’” Assaf Benmelech, Herzfeld’s attorney, said in a statement. “This is a position that reflects ignorance and abandonment. It also refutes the attempts of the Chief Rabbinate to ignore the fact that it is a coincidence that rabbis affiliated with the moderate Orthodox circles in the United States are rejected by it over and over again. This is the result of abandoning the religious system in Israel to haredi hands: arbitrary decisions, and a severe blow to the delicate fabric of relations with Diaspora Jewry.”

Benmeleh is the director of Ne’emanei Torah Va’Avodah, a religious-Zionist organization that seeks to promote “open and tolerant discourse” within Orthodoxy.

Rabbi Seth Farber, founder of Itim, said in a statement: “The Chief Rabbinate has repeatedly claimed that there are no blacklists. However, the testimony of an Orthodox rabbi was rejected only because he belonged to an institution that the Rabbinate does not like. The Rabbis’ behavior in this case is, first and foremost, dishonest. They make all kinds of statements in order to eliminate harsh criticism, but, ultimately, under the sway of the more extremist elements among them, they do not rule in line with their statements.”

In 2013, the rabbinate rejected a proof-of-Judaism letter from Weiss, citing “uncertainty as to his commitment to Jewish law,” then reversed course and accepted it following complaints from American Jewish leaders. Last year, the rabbinate rejected a similar letter from Rabbi Haskel Lookstein, Kehilath Jeshurun’s former rabbi and the rabbi who oversaw the conversion of Ivanka Trump. It also rejected conversions overseen by Rabbi Gedalia Dov Schwartz, the chief presiding judge of the National Beth Din of the Rabbinical Council of America, the main modern Orthodox rabbinical court in the United States.

But following Weiss’ initial rejection in 2013, former rabbinate spokesman Ziv Maor told JTA that examining the credentials of Orthodox rabbis is crucial to the integrity of the evaluation process.

“The testimony needs to be according to Jewish law and the witness needs to have the fear of heaven,” Maor told JTA at the time. Regarding Weiss, he added, “We’re talking about someone on the fringes of Orthodoxy.”

In July 2017, Itim obtained a list of rabbis from 24 countries, including the United States and Canada, who the Chief Rabbinate does not trust to confirm the Jewish identities of immigrants

The Committee to Examine the Chief Rabbinate’s Knowledge of Rabbis from Abroad, a committee of the Knesset Immigration, Absorption and Diaspora Committee, met on Tuesday.