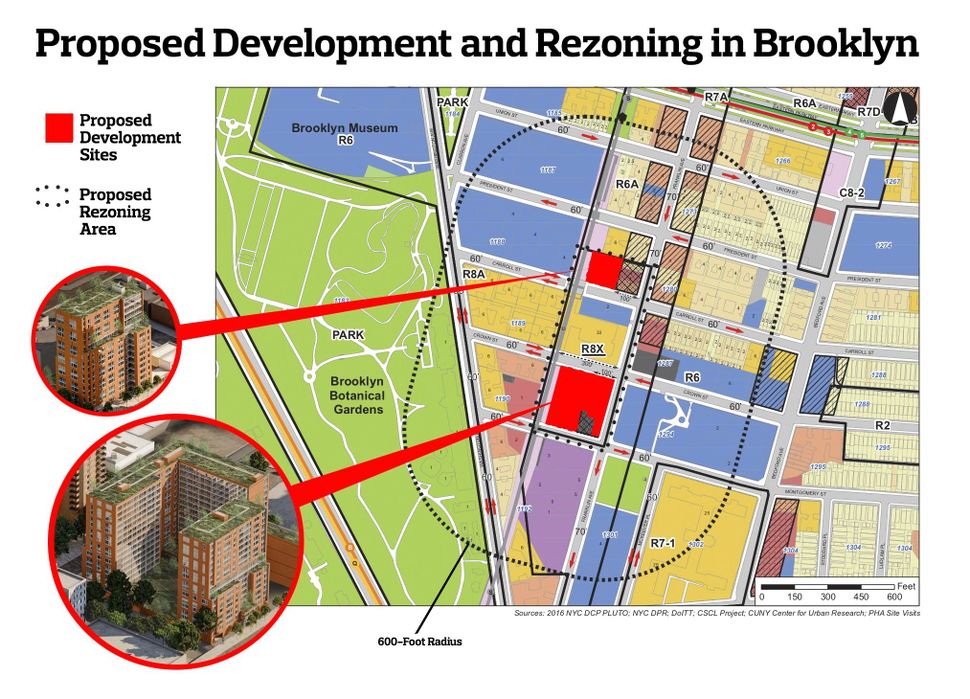 New development projects in New York City, like the proposed 16-story residential buildings in a Crown Heights area zoned for smaller buildings, have to provide certain percentages of below-market units due to the city’s Mandatory Inclusionary Housing policy.

Mayor Bill de Blasio pushed through the new MIH guidelines in 2016, making it compulsory for developers seeking to upzone in low-income areas to create a mix of below-market units in their buildings. The new housing regulations were projected to create upwards of 12,000 out of the 80,000 affordable units City Hall aims to build over a 10-year period.

The two Brooklyn buildings would create 518 apartments, of which about 140 would be below-market. The rezoning would also allow for the construction of a supermarket in one of the developments.

Advocates have argued MIH does not create enough housing affordable for lower-income residents and will only work to speed up gentrification through rezoning working and middle class areas.

Crown Heights activists petitioned against the development in 2017 and the developers pulled their application before reapplying in June.