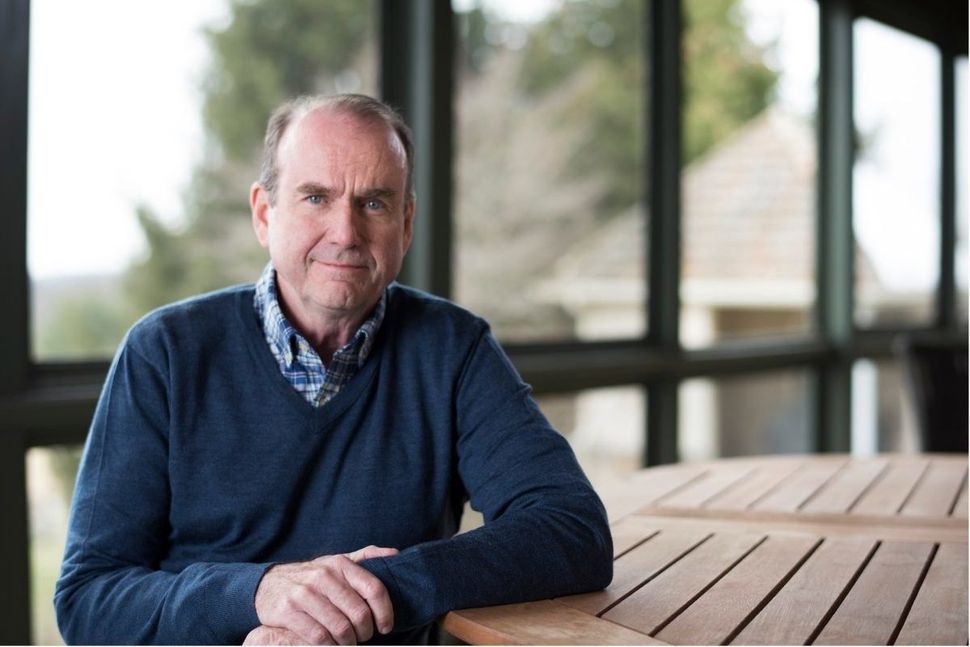 A Democratic congressional candidate running in a heavily Jewish district outside Philadelphia won the endorsement of a prominent local Jewish organization after he disavowed his family foundation’s donations to groups supporting the boycott, divestment and sanctions campaign against Israel.

Scott Wallace had come under fire after the Forward revealed his foundation donated hundreds of thousands of dollars to organizations that support the BDS movement. A founder of the local group, Democratic Jewish Outreach of Pennsylvania, called the donations “deeply concerning,” and the group withheld endorsement of Wallace until he spoke out on the issue. Some Republican groups have seized upon this in an effort to drive and divide Jewish voters in the race — one of several dozen swing districts that could help determine who controls the House in 2019.

“His strong statement of support and understanding should put to rest any doubts of Mr. Wallace’s commitment to Israel’s security and the critical importance of the special relationship between the U.S. and the Jewish State,” the steering committee for DJOP’s political action committee said in a July 2 statement. “We especially note Wallace’s recognition of Israel as ‘a key strategic ally against terrorism and weapons proliferation.’”

DJOP, which was created in 2008 by local leaders, including former Philadelphia Jewish Community Relations Council executive director Burt Siegel, added that if elected, Wallace would be one of few members of Congress “with family members who are Israeli citizens.”

The Democratic candidate addressed the issue on his campaign website after adding a section on “Israel/Mideast Peace,” saying he “firmly” opposed the BDS movement.

He said in a July 2 statement that he was “thrilled” by the endorsement.

“In Congress, I will serve as a committed friend to Israel and a loyal ally in our shared mission of promoting long-term peace in the region,” he wrote. “I am committed to working to enhance the United States’ special relationship with Israel — which is critical to counter-terrorism, national security, job creation and economic growth in both the U.S. and Israel.”

A campaign spokeswoman told the Forward that while Wallace is not Jewish, he has cousins in Israel, which makes supporting Israel a personal issue for him.

“I am a strong supporter of Israel — and not only because the safety and security of my family living there depends on a strong U.S.-Israel alliance — but because the U.S.-Israel alliance is critical to protecting national security, creating jobs and fostering economic development in both the U.S. and Israel,” Wallace said in a separate statement. “Our special relationship with Israel stems from a deep commitment to shared democratic values – and is vital to creating long-term peace in the region.”

His Republican challenger, incumbent Rep. Brian Fitzpatrick, is a moderate who said on his campaign site that he supported tougher sanctions on Iran and opposed “one-sided resolutions targeting our ally Israel at the United Nations.”

Brooklyn College history professor KC Johnson, who has written about the Democratic Party’s relationship with Israel, said that in firmly Democratic districts, “there’s very little risk of a backlash in the primary” for a candidate to be more critical of Israel, but in district’s like Wallace’s, an issue like BDS could be used as a wedge in a close general election.

Johnson added that while most Jewish voters would still support Democrats, Wallace may have felt pressure to show he strongly supports Israel, especially if he’s going to keep the focus on hot-button domestic policies.

“If there’s one issue that should be golden for [Democrats] this election, it’s anti-racism — the typical swing voter in a district like PA-1 probably isn’t Hispanic, but might well not vote for Fitzpatrick to show moral revulsion about family separation,” Johnson said in an email. “But this type of voter would likely be very reluctant to toss in their lot with someone whose foundation seemed to back BDS.”

Indeed, the Republican Jewish Coalition may have seen an opening over the issue, having recently invested $530,000 into the race on advertising hammering Wallace for “donating $300,000 to anti-Semitic organizations that promote boycotting Israel.” 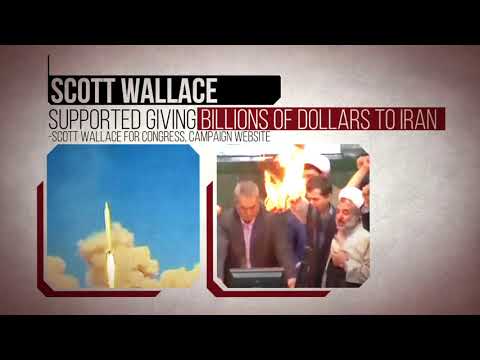 Wallace is part of the Democratic Congressional Campaign Committee’s Red-to-Blue campaign, which gives increased resources to key candidates, and the race is seen as key to the party taking back the House in November.

The district was the 38th-most Jewish in the country before this year, and is expected to have an even bigger population after state-ordered redistricting to counter partisan gerrymandering.

Hebrew Union College professor Steven Windmueller, who studies American Jewish political behavior, said he has seen more Republican groups try to use BDS and Israeli security as wedge issues, but added that he is not sure how effective it will be this year with so much focus on domestic issues like immigration and filling a Supreme Court seat.

“My suspicion is [BDS is] not likely to be profoundly significant,” Windmueller told the Forward. “Domestic policy has trumped international or Israel-based policies [for most Jewish voters].”

But while Wallace made a point to speak out against the BDS movement, other Democratic House candidates have not shied away from criticizing the Israeli government’s treatment of Palestinians.

Alexandria Ocasio-Cortez called the killings during the Gaza protests in May a “massacre” before her upset victory over 10-term Queens Democratic leader Rep. Joe Crowley.

“No state or entity is absolved of mass shootings of protesters. There is no justification. Palestinian people deserve basic human dignity, as anyone else,” she said in a May 14 tweet. “Democrats can’t be silent about this anymore.”