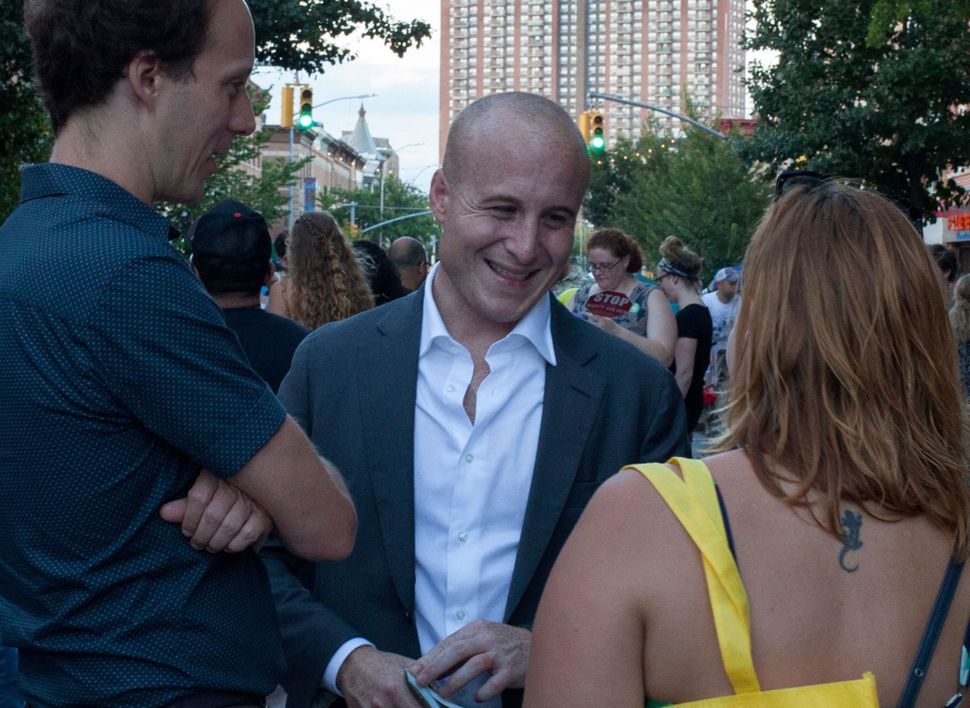 The Democrat who’s vying for a congressional seat in Staten Island sang along to country music, talked about the Purple Heart he won in Afghanistan and dropped F-bombs as he enthusiastically spoke with a Forward reporter.

“I refuse to sit on the sidelines. I want to be a part of it. I want to get my hands dirty,” he said during an Aug. 3 interview at a classic art deco diner at the northern end of Staten Island.

Rose calls his Army service and his decision to get into politics part of a mission that is closely entwined to his Jewish faith.

“It’s also this deep commitment to social justice and to fighting for what is right, irrespective if it directly affects you, “ said Rose, 31, who will miss two weeks of campaigning while he does National Guard duty this month. “It’s a core tenet of the Jewish faith. That’s how I’ve lived my entire life.”

A Brooklyn native, Rose is part of a new crop of Jewish Democrats who are veterans, like Elaine Luria of Virginia and Jason Kander of Missouri. He’s a different kind of Jewish candidate, and a bit of a maverick, but he’s just the type the party is looking for as it tries to create a “Blue wave” that could flip the House in November.

Political prognosticators — and the Democratic Party — say he has a shot even though President Trump won the district, New York’s 11th, by 10 points.

Historically, Staten Island is solidly Republican, and Rose’s rival, incumbent Rep. Dan Donovan, has already turned away a primary challenge from Michael Grimm, who had represented the district until he resigned in disgrace after pleading guilty to felony charges. 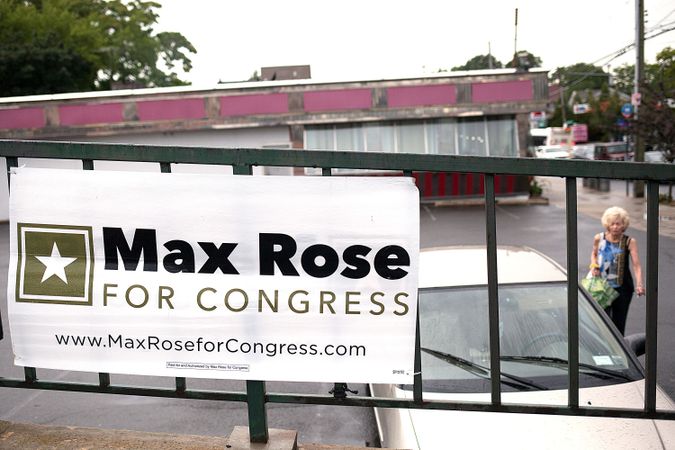 Donovan will probably win the race, but Rose’s strong campaigning and fundraising gives him a shot, Nathan Gonzales of forecasting firm Inside Elections told the Forward.

“I think that Obama’s 2012 [Staten Island win] show’s there’s a path,” Gonzales added. “Donovan and the Republicans can’t take the race for granted.”

Donovan’s office did not return a request for comment.

The national Democratic party also thinks Rose has a chance, and has given him its select “Red-to-Blue” endorsement, which comes with a solid financial investment.

“With enormous grassroots energy in the district, Max’s unprecedented strong candidacy and fundraising abilities, and Donovan’s damaged profile, Democrats are well positioned to win this seat this fall,” the party said after it endorsed him.

He has more than $1 million in cash on hand, compared to Donovan’s nearly $400,000, Federal Election Commission records show.

But Rose said it was his strong door-to-door campaign that would put him over the edge and not establishment support.

“[It] doesn’t mean a f**king thing. I said when I got [the endorsement] that that and three dollars will get you on the subway — after the mayor and the governor are done, I’ll have to say, ‘that and nine dollars,” said Rose before breaking out into a loud laugh. “We are building this campaign on a grassroots basis locally. That’s why we’re going to win. We’re not going to win because of any Washington designation or Washington official or whatever it might be.”

In a way, Rose’s congressional campaign started when his truck was bombed in Afghanistan.

He’d joined the Army in 2009, after graduating from Wesleyan University and getting a master’s degree in public policy from the London School of Economics.

In Afghanistan, he led a combat outpost of 30 American soldiers and more than 60 members of the Afghan National Army. He got a Purple Heart after a homemade bomb exploded under his vehicle.

The attack did not endanger his life, but that was just an accident of timing, Rose said. If the same thing had happened a couple of years earlier, he would have died, because Congress hadn’t yet authorized upgraded armor for such vehicles. That got him thinking about political gridlock, and how to transcend it.

After returning from combat, he went to work for the late Ken Thompson in 2014, who was then serving as Brooklyn’s first African-American district attorney.

“So much of what I talk about when it comes to politics, I talk about the need for integrity and courage,” Rose said. “We see that in Ken’s legacy.”

He then worked as the chief of staff for Brightpoint Health, a nonprofit started by the Cuomo family providing affordable health, mental and addiction care throughout New York City.

He moved to Staten Island around late 2014, where he met his wife, Leigh, a fashion stylist, whom he married in March during the heat of the primary campaign.

Rose acknowledged that Trump won the district by a wide margin, but pointed out that there are many locally elected Democrats.

Also, the 11th includes a small slice of Brooklyn — Bay Ridge and Fort Hamilton — that has been trending blue lately.

After the Forward interview, he headed across the Verrazano Bridge to a street fair along Bay Ridge’s bustling Third Avenue, singing along to a country song and turning the ride into a small stump speech about the need to invest in infrastructure.

The suspension bridge, once the longest in the world, was a symbol of when our country once invested in bold projects, he said.

Back in Brooklyn, he went straight to his campaign booth, which looked almost more like an army recruitment table, flanked by volunteers in green shirts handing out green flyers. 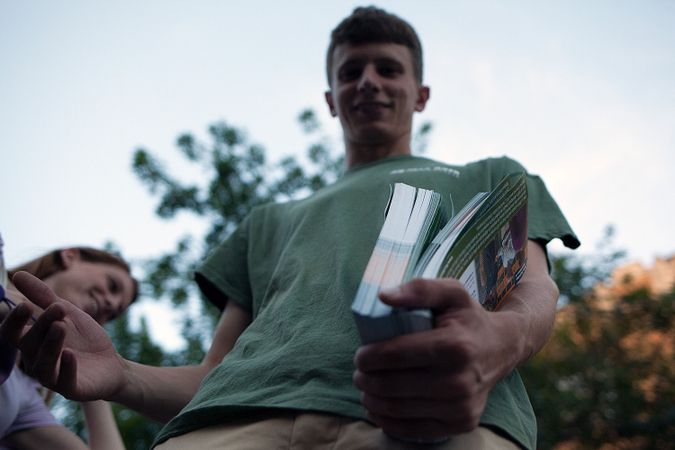 Rose’s signs and campaign materials have the same military vibe; he uses a five-pointed star as a logo.

He hugged several of his volunteers before walking up the avenue, taking to voters for several minutes at a time.

He draws energy from meeting new people, smiling widely as he speaks and keeping strong eye contact in a time when people are often distracted by their phones even while speaking with loved ones.

“This is what happens when you get elected. I’m schlepping up and down [the avenue],” he teased a worker hanging out in the shade at a booth for Bay Ridge city councilman Justin Brannan.

Rose enjoys campaigning in his native borough, where he grew up going to a Reform synagogue and having a Bar Mitzvah. He says he wants to raise his kids Jewish.

He went to services in the Army, and was surprised at first to see so many fellow Jews there, too.

“I was thinking, ‘Oh my God, there’s so many Jews in the world. This is great, this is Georgia, the military’s filled with Jews,’” he recalled.

Then he realized lots of those in attendance weren’t Jewish at all, but were there for the warm atmosphere — and the bagels.

The experience of sharing his faith strengthened his connection to it.

“They had other options too,” he noted of his fellow soldiers. “But not with as good a buffet.”