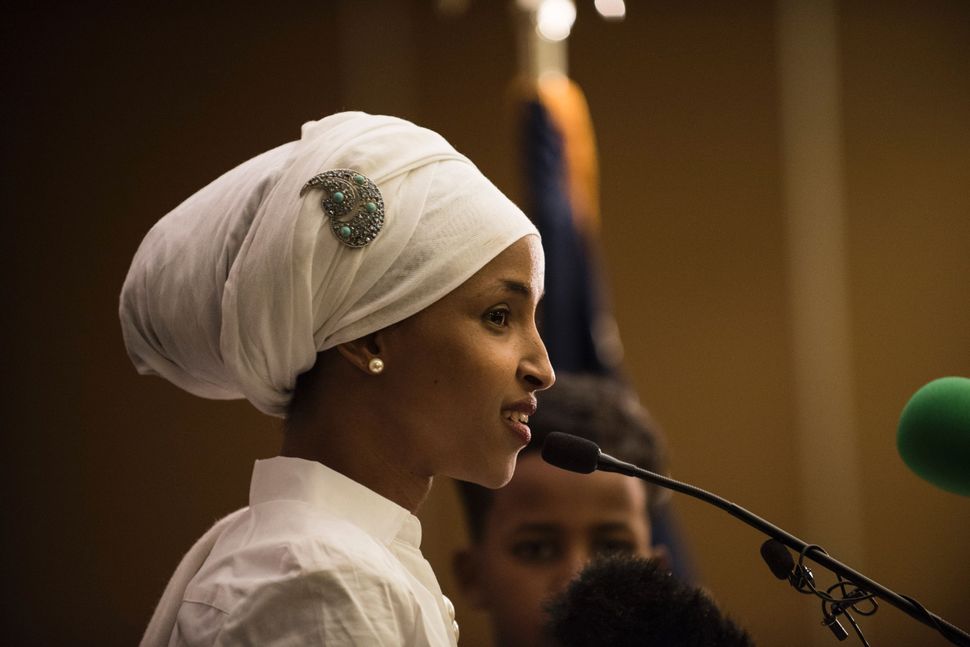 Another progressive candidate won a key primary after vociferously criticizing the Israel government by referring to the ruling conservative coalition as an “apartheid Israeli regime.”

Former Somali refugee Ilhan Omar — who is expected to become one of the first female Muslim representatives in the House after winning a liberal Minneapolis congressional district primary on Aug. 15 — tweeted the remarks on May 31 while defending a previous message where she said “Israel has hypnotized the world” about its “evil doings” following a 2012 military operation in Gaza.

Drawing attention to the apartheid Israeli regime is far from hating Jews. You are a hateful sad man, I pray to Allah you get the help you need and find happiness. https://t.co/SvEXjlxlEN

Several conservative Jewish leaders took issue with her language and said it represented an anti-Israel move within the liberal tent.

“Omar has falsely called Israel an ‘apartheid regime’ and has absurdly accused Israel of having ‘hypnotized the world’ in an effort to hide its evil doings,’” the Republican Jewish Coalition said in an Aug. 15 statement.

“Language like this is unbecoming of a candidate for Congress, and dangerous for a member of the House of Representatives.”

Tlaib, a Palestinian-American, who is set to become the second female Muslim in Congress after winning her Michigan primary, recently said she would vote to cut aid to Israel in support of “people having justice.”

The Jewish Democratic Council of America said in a statement they would try to “engage with her on these issues” about why support for Israel is crucial.

“JDCA believes that threatening to cut military assistance to Israel is inconsistent with the values of the Democratic Party and the American people.”

Some experts have said they don’t think being critical of the Israel government will alienate a large swath of Jewish voters, who will be more focused on President Trump and national issues during the 2018 election.

Omar is the heavy favorite to defeat Republican Jennifer Zielinski in the overwhelmingly Democratic district.

Her campaign said after the victory she would “fight for working families so they are paid a living wage and have access to affordable housing and healthcare; for students to make college more affordable and debt forgiveness for those struggling to repay education loans; for immigrants and refugees to stop family separations, abolish ICE, and protect DACA.”

Jewish entrepreneur and “Dear Abbey” grandson, Dean Phillips, won a nearby suburban district in an area that is sure to play heavily in the Democrats quest to retake the House.