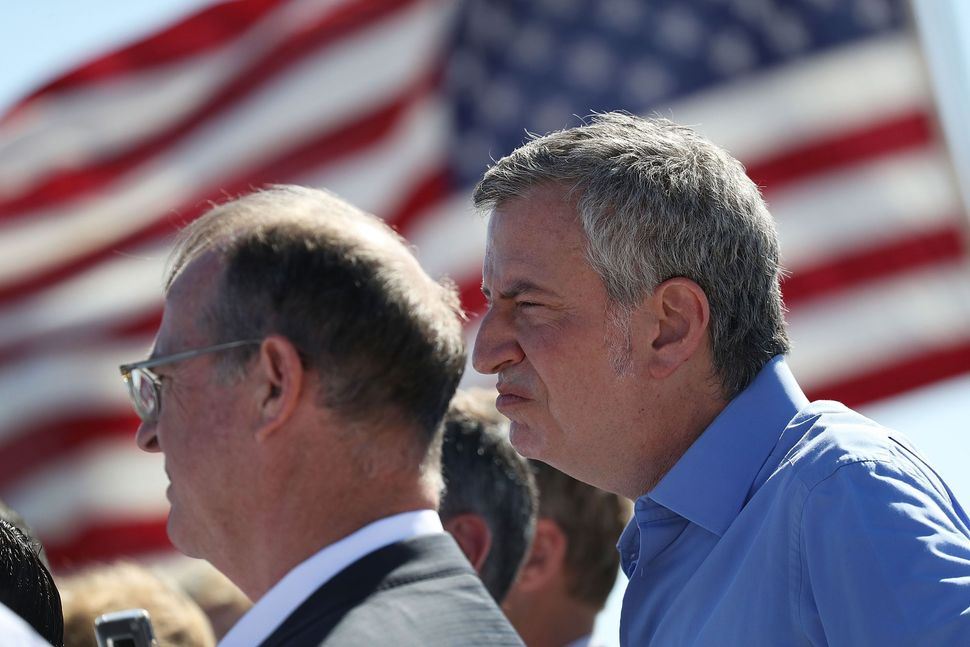 New York’s Hasidic community is facing unprecedented pressure over the quality of secular education in their religious schools this week, following the release of a letter on the issue by New York City’s schools chancellor.

In recent days, three of the city’s four leading newspapers have published editorials calling for improved secular education standards in Hasidic yeshivas, and more vigorous action by city and state authorities to ensure the yeshiva’s compliance with state law. The editorial boards of the New York Times, the Daily News, and the New York Post have all weighed in on the issue.

The barrage of high-profile criticisms of the Hasidic schools comes as a culmination of years of growing attention to the issue, which was little-known outside Jewish circles before 2015. While public officials have remained mostly subdued in their comments on the status of secular studies in the yeshivas, the city’s editorial boards have been increasingly strident, highlighting the issue with state and federal primary elections just weeks away.

“The failure of politicians to challenge Orthodox leaders denies some of the most vulnerable members of Orthodox communities government’s full protection,” the Times editorial board wrote on August 23. “Officials have an obligation to ensure that every child in New York receives a sound education.”

The Daily News editorial, on August 19, called the city’s investigation of the issue a “shonda.”.

The editorials came in response to a letter from New York City school chancellor Richard Carranza to the state’s education department reporting on the progress of a three-year-old investigation into whether the curricula of city’s Hasidic yeshivas meet state standards, which require that non-public schools teach certain subjects like English and math. That investigation was spurred by a complaint filed by the advocacy group Yaffed.

The letter showed little progress on the part of the city, whose investigators had only visited fifteen yeshivas, and have been barred from visiting fifteen more. The letter credited some of the yeshivas with engaging professional development consultants and with designing new math and English curricula for certain grades, though said that the city had not been allowed to review the content of those new curricula.

At most of the yeshivas the city visited, in tours coordinated with yeshiva administrators, investigators saw English and math classes in progress. But they saw only three science and history classes, and only one physical education class. All fifteen of the schools that allowed the city investigators to visit were elementary schools; advocates say that secular education drops off steeply for Hasidic boys in high school.

In its letter, city authorities asked state officials for guidance as to how to proceed. The newspaper editorials were critical of the city’s approach. “For further proof that Mayor de Blasio only cares about politics, not kids, consider the farce that is the city Department of Education investigation into whether some religious Jewish schools provide the basic secular education that state law requires,” the Post’s editorial board wrote on August 17.

In a separate signed op-ed in the Daily News, an attorney for a yeshiva coalition called PEARLS defended the schools and argued that the city’s letter constituted a vindication of the schools. “For the past three years, [the Hasidic community has] hve been forced to endure a relentless campaign against their schools and way of life,” Schick wrote. “Read fairly, the DOE letter confirms that the allegations against the yeshivas are false, and that yeshiva students receive an enriching education in a quality learning environment.”