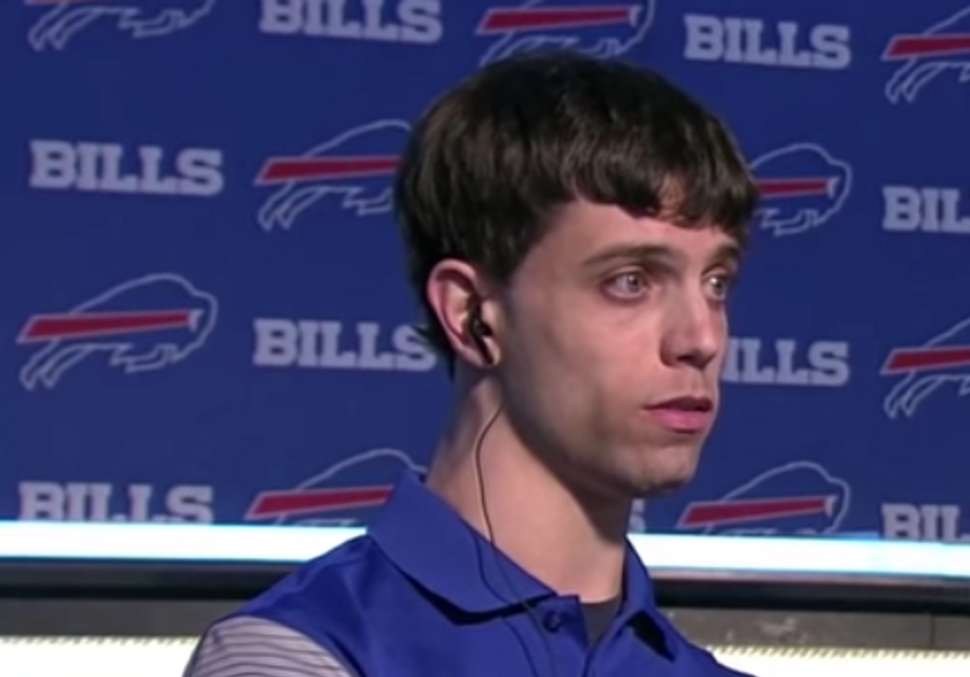 David Katz was suspected of fatally shooting two rival gamers and injuring a dozen more in Jacksonville, Florida on Aug. 26, 2018. Image by youtube

David Katz, the electronic gaming enthusiast who fatally shot two rivals and wounded nine others in Florida, had a history of “significant medical problems,” according to multiple reports and court documents.

David, 24, opened fire at a “Madden NFL” video game tournament in Jacksonville, Florida on August 26, killing fellow gamers Elijah Clayton, 22, and Taylor Robertson, 27, before turning the gun on himself.

He went by the gamer tag “Bread” and lived near the historic Inner Harbor section of Baltimore with his NASA-employee father Richard, who had a mezuzah affixed to his doorframe, according to the Times of Israel. Richard and David’s mother Elizabeth divorced in 2007.

Both David Katz and his brother had “significant medical problems and needs,” as of 2008, according to a judge’s opinion referenced in an appeal by Elizabeth, a toxicologist for the Food and Drug Administration.

Elizabeth Katz’s filing was in response to judgement requiring both parents to provide health insurance for David and his brother, court documents show, even after she received notification they both could not be covered by two federal plans. David’s father worked as an engineer at NASA’s Goddard Space Flight Center, an agency spokesperson said in an email.

He then went to the University of Maryland, College Park, but was not currently enrolled at the school, tweeted Wallace D. Loh, the university’s president.

I have been informed that the alleged gunman in yesterday’s tragedy in Jacksonville attended UMD previously but was not enrolled this semester. Our community grieves for the friends & families of the victims. My statement: pic.twitter.com/xcn5hE3KTp

Katz belonged to a community of professional video game players. The most successful of them play to live audiences of thousands, have professional sponsors and win large cash awards at tournaments. Katz had won several previous Madden tournaments and was congratulated by the Buffalo Bills after a 2017 championship, but had been eliminated from the Jacksonville event before opening fire with a handgun Sunday afternoon.

Participants and staff at the previous tournament remarked on David’s serious demeanor.

“He’s not here to make friends.” (?: @WJXTvic of @wjxt4) pic.twitter.com/FNWqOmrMxf

“You are not going to see much emotion from our guy, Bread. This dude is a man, David Katz, who keeps to himself. He’s a man of business. He’s not here for the experience and to go out,” the announcer said last year. “To even get him to open up and talk to you about anything, it’s like pulling teeth, man.”

“He had shades on. He didn’t speak to anybody. After we played, I went to shake his hand and tell him good game and he just looked at me and didn’t say anything,” a witness said.

On Sunday, gamer Timothy “Larry Legend” Anselimo tweeted out that he was among the injured.

Still in shock. Woke up crying knowing today’s surgery will determine if I’ll ever be able to play video games again.

FBI agents were seen searching the home where David lived with his father in the Baltimore neighborhood of Federal Hill, just south of the Inner Harbor.

Jacksonville police have still not speculated on a motive for the shooting.