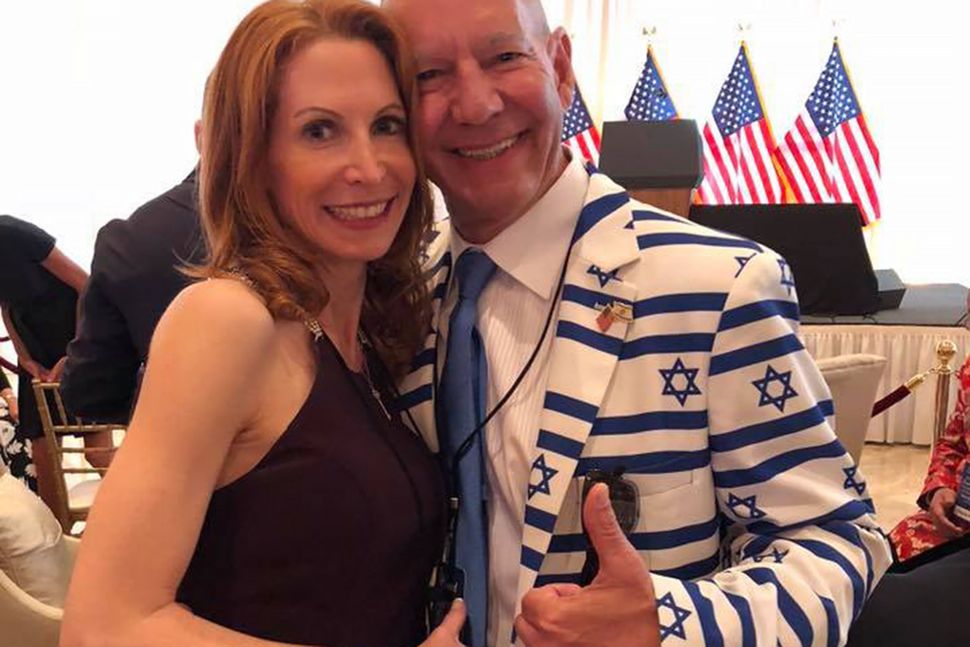 You might think Steven Alembik would delete some of the more incendiary tweets in his feed after the Florida Republican donor caused a firestorm by using the ‘N-word’ about former President Barack Obama, enveloping the campaign of GOP gubernatorial candidate Ron DeSantis in yet another racial controversy.

The in-your-face fan of President Trump and avowed enemy of political correctness made his Twitter feed private. But he didn’t delete at least five offensive tweets made since August that, among other things, refer to Ruth Bader Ginsburg as a “senile fool” who “can’t die soon enough.” He also denounced fired White House aide Omarosa Manigault Newman as a “rat bitch” and says that Great Society programs “only” served to “enslave” African Americans.

He also left up disparaging tweets about Obama, including one from Sept. 7 where he refers to the former president as the “lowest life form of any politician.” 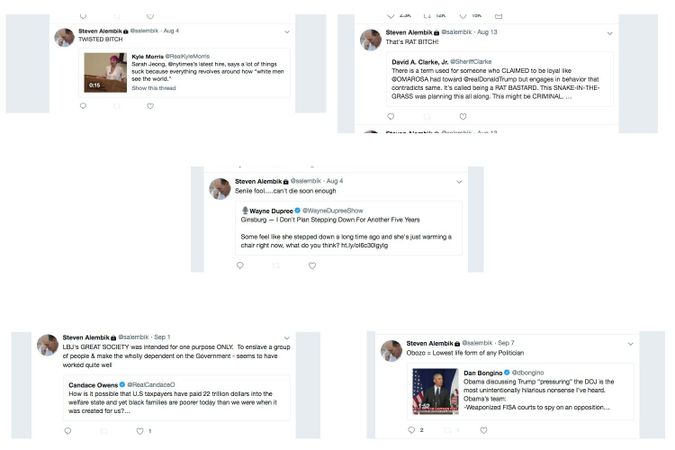 The DeSantis campaign has sought to distance itself from Alembik, but has not returned several donations he made, records show. Florida Gov. Rick Scott, who is running for U.S. Senate, donated Alembik’s donations to charity after the ‘N-word’ Tweet surfaced.

Democrat Andrew Gillum, who is running against DeSantis, said DeSantis should clarify his associations with people like Alembik.

“It is up to Congressman DeSantis to explain to Floridians why he has chosen to associate himself with right wing extremist groups and divisive individuals who want to pit us against one another,” said a spokesperson for Gillum.

DeSantis, who recently resigned from Congress to focus on the governor’s race, immediately came under fire after winning his primary for saying voters should not “monkey this up” by supporting Gillum, who is black.

The Forward previously reported that the PAC supporting the GOP candidate, Friends of Ron DeSantis, returned two donations in June to Alembik worth $11,000. The PAC still had $2,000 in funds from his company, SMA Communications, according to campaign filings.

SMA had also listed the campaign as a client on their website, but Lawson denied they were still using them.

“He is in no way a vendor for us. He’s never done any work for us. Period,” Lawson told reporters Thursday. Elections records did not show any expenditures made by the campaign to the SMA.

Neither DeSantis nor the PAC returned calls for comment.

Alembik did not return a request for comment, but he told Politico that he asked the PAC money be returned after his accountant informed him they had been made from the wrong bank account.

Alembik first made national news after he held a pro-Israel fundraiser at Mar-a-Lago while other groups cancelled their events following Trump’s remarks that there were “very fine people” among the white supremacist protesters in Charlottesville where anti-racist demonstrator Heather Heyer was killed.

His event was held in February after American Friends of Magen David Adom, which supports Israeli paramedics, cancelled an even there.

Alembik again made waves after he sued a Hong Kong-based businessman who refused to pony up for two six-foot-tall portraits of the president and First Lady Melania Trump he bought at a fundraising auction at the event.

The Florida donor has also faced a backlash within the state’s Jewish community. The Florida chapter of the Zionist Organization of America deleted his board member bio from their website and told the Forward they have “severed all ties” with Alembik.

“We are disgusted over the reports we read of his tweet,” executive director Sharona Whisler said. “We categorically denounce that racism.”

The high-profile Sunshine State race has major implication for the midterms with a tight Senate race on tap and Democrats hoping to flip several GOP House seats.

It could potentially have an impact way beyond that since the governor will have sway in on redistricting after the 2020 census. Despite being a perennial swing state, Florida’s current congressional districts were gerrymandered to favor Republicans who control the state assembly and senate.

Major Jewish donors have been predictably split on the key gubernatorial race.

George Soros donated $1.2 million to a PAC supporting the Democrat. Right-wing megadonors Sheldon and Miriam Adelson both chipped in $250,000 to the Republican PAC.

The GOP nominee has spoken about his support for Israel and attended the embassy move from Tel Aviv to Jerusalem.

But DeSantis was criticized for speaking at the David Horowitz Freedom Caucus in Palm Beach in November 2017. Other speakers included former Trump aide and member of Hungarian far-right group, Sebastian Gorka,, Steve Bannon and Milo Yiannopoulos.

Gillum faced his own criticisms over supposedly supporting the Boycott, Divest and Sanctions (BDS) movement against Israel.

“I do not support BDS,” Gillum said in a statement, the Sun Sentinel reported on Sept. 18. “A two-state solution is the only solution that truly pushes us towards peace.”