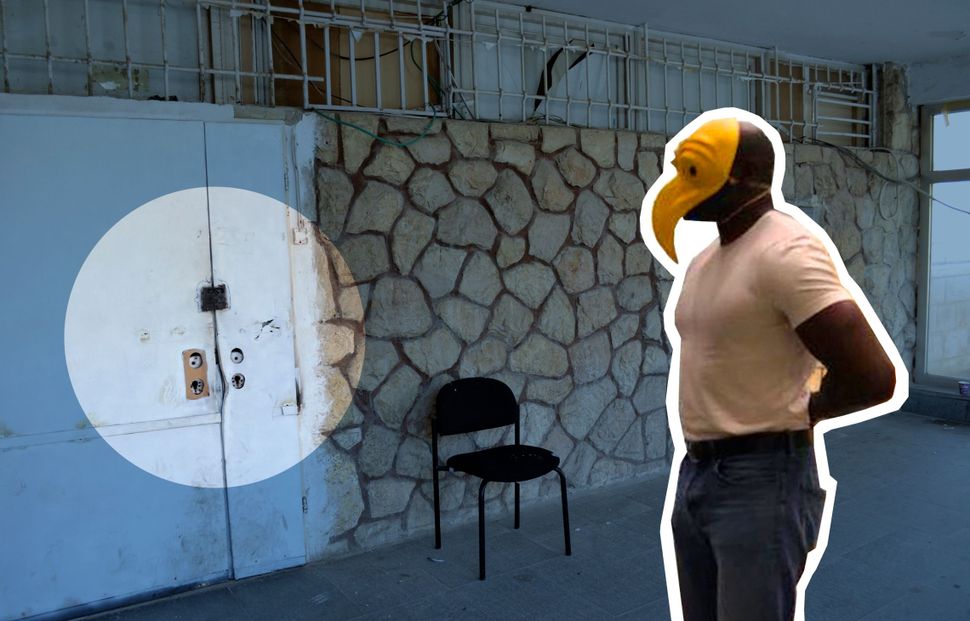 One of the largest Jewish charities in the U.S. has been secretly funding a shadowy online blacklist targeting college students who criticize Israel.

For three years, a website called Canary Mission has spread fear among undergraduate activists, posting more than a thousand political dossiers on student supporters of Palestinian rights. The dossiers are meant to harm students’ job prospects, and have been used in interrogations by Israeli security officials.

At the same time, the website has gone to great lengths to hide the digital and financial trail connecting it to its donors and staff. Registered through a secrecy service, the site is untraceable.

Now, for the first time, the Forward has definitively identified a major donor to Canary Mission. It is a foundation controlled by the Jewish Community Federation of San Francisco, a major Jewish charity with an annual budget of over $100 million.

The federation’s support of Canary Mission connects the American Jewish establishment itself to a website that is facing increasing criticism from young Jews.

Canary Mission has been controversial since it appeared in mid-2015, drawing comparisons to a McCarthyite blacklist. While some of those listed on the site are prominent activists, others are students who attended a single event, or even student government representatives suspected of voting for resolutions that are critical of Israel.

In recent months, it been the subject of growing backlash from pro-Israel Jewish students and local Hillel professionals, who say it is damaging to their own work.

Mainstream American Jewish leaders have claimed not to know who funds Canary Mission. As it turns out, a big chunk of the money came from within their own ranks.

In late 2016 or early 2017, the Helen Diller Family Foundation earmarked $100,000 for Canary Mission. It made the donation to the Central Fund of Israel, a New York-based charity that serves as a conduit for U.S. taxpayers seeking to make tax-exempt donations to right-wing and extremist groups in Israel. In its tax filings, the Diller Foundation listed the purpose of the grant as “CANARY MISSION FOR MEGAMOT SHALOM.”

That phrase, which may have been mistakenly included in the public document, appears to indicate that the grant to the Central Fund of Israel was intended for Canary Mission via Megamot Shalom, a hitherto-unknown Israeli charity.

Megamot Shalom appears to be an Israeli public benefit corporation that operates or operated Canary Mission. Jonathan Bash, who the Forward previously identified as the person who operates Canary Mission, signed the charity’s 2016 financial reports.

Though it does fund a number right-wing causes, the Diller Foundation is known mostly as a provider of well-regarded Jewish teen programming. It runs a yearlong Jewish leadership program for teenagers from around the world, and sponsors the Diller Tikkun Olam awards, which honor young Jewish volunteer workers with $36,000 cash prizes.

The federation is among the largest and most influential in the U.S., with net assets of more than $800 million and two seats on the board of the Jewish Federations of North America. Neither the Diller Foundation nor the San Francisco federation responded to multiple requests for comment. 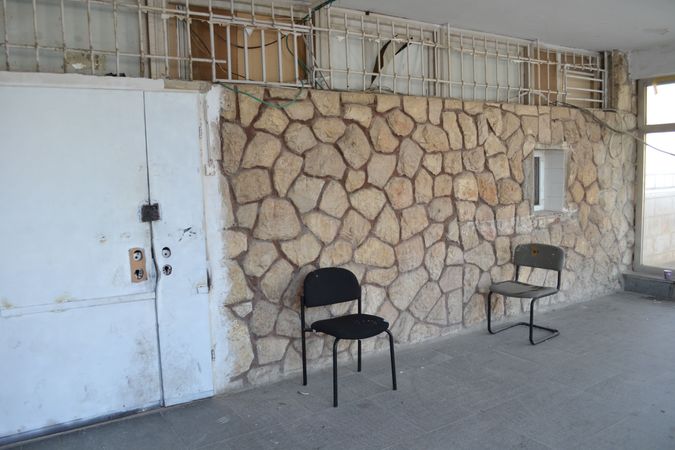 Megamot Shalom’s listed address is a padlocked building in a rundown commercial strip in Beit Shemesh, a fast-growing city just west of Jerusalem. There are scuff marks and footprints on the white front door, as though someone has recently tried to kick their way in.

The building’s vestibule is littered with pigeon droppings and random office furniture. A window upstairs is wide open. If the building isn’t abandoned, it has at least seen far busier days.

According to filings with Israel’s charities registry, Megamot Shalom was set up in July 2016, just over a year after Canary Mission’s website appeared online. Its mission, according to the filings, is to “ensure the national image and strength of the state of Israel via the use of information disseminated by technological means.”

The public filings don’t mention Canary Mission by name, though they do say that the organization paid freelancers for editing website content and a consultant for data security. Among Megamot Shalom’s only reported assets are computers worth around $5,000.

Megamot Shalom’s publicly available financial reports bear two signatures. One signature is illegible in English and Hebrew. The other is the signature of Jonathan Bash, a British-born Jerusalem resident who two people, granted anonymity to speak about private conversations, told the Forward identified himself to them as the person who operates Canary Mission, as the Forward first reported in August.

Bash is identified in the filing as a “member of the directorate” of Megamot Shalom. When the Forward emailed him for comment in late September, two of his email accounts bounced back auto responses saying he was on an extended vacation.

Megamot Shalom has virtually no online footprint. What does exist on the Internet was scrubbed after the Forward began asking questions about the organization. An Israel-based writer named Zahava Raymond previously identified herself on LinkedIn as a “writer-researcher” for Megamot Shalom, but removed the organization’s name from her profile after the Forward sent her a query over Facebook. Raymond previously worked for Honest Reporting and NGO Monitor, pro-Israel advocacy groups.

Megamot Shalom received roughly $165,000 in the last six months of 2016, according to its financial report. It has not yet filed its financial report for 2017, which was due at the end of August. It’s not clear whether the donation from the Diller Foundation is reflected in the 2016 filings, or if it came in the 2017 calendar year. 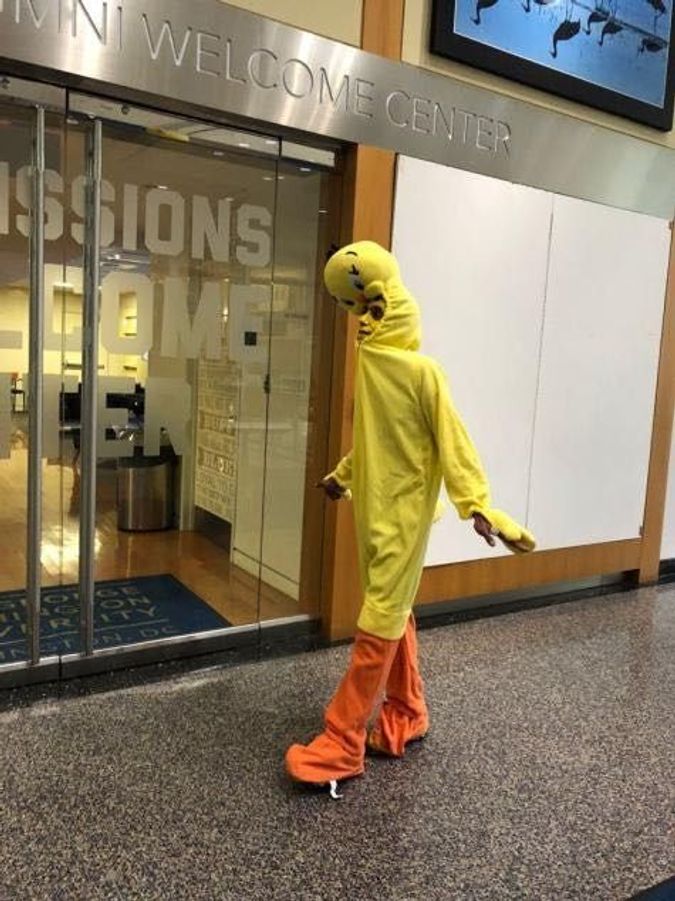 In recent months, Canary Mission’s activities have grown more aggressive. Last spring, two men in canary masks paraded around a Washington, D.C. campus, in a weird display meant to frighten student government representatives. On the Israeli border, Canary Mission is being used as an intelligence source on thousands of students and academics.

One young Jewish student profiled on the site told the Forward that he has been afraid to talk to pro-Israel students on campus since his profile went up, for fear that they would report him to Canary Mission.

Meanwhile, the site appears to be specifically targeting the growing ranks of its student critics. In three separate instances since the spring, Canary Mission appears to have posted dossiers or reports on its site targeting people who had criticized it weeks earlier.

In June, Canary Mission posted dossiers on 14 students associated with the chapter of Students for Justice in Palestine at the University of California, Davis. The SJP chapter at Davis had not been particularly active since 2015, when the student government there passed a nonbinding divestment resolution. But less than a month earlier, on May 24, the student Senate at Davis had passed resolution condemning Canary Mission by name.

The resolution said that Canary Mission, along with other blacklists, “threaten the security of student activists, as well as create a toxic atmosphere of fear and paranoia among fellow students, thus infringing upon students’ ability to freely express their opinions.”

“We had known this would definitely put us on their radar,” said the chapter’s president, Khadeja Ibrahim. Ibrahim said that Canary Mission had posted dossiers on a handful of core SJP activists at Davis, plus others who had just shown up at a single rally.

Also in early June, Canary Mission posted a report on a University of Michigan divestment vote that had taken place seven months earlier. The report included dossiers on some 40 Michigan students, including student government representatives accused of voting in favor of the resolution, which was passed by secret ballot. The report came just weeks after two pro-Israel Jewish students at Michigan published a widely read op-ed attacking Canary Mission for its role on Michigan’s campus, calling it “counterproductive” and “morally reprehensible.”

And in late August, a report by Canary Mission on a divestment vote at George Washington University featured two Jewish students who had condemned Canary Mission in interviews published in the Forward, one just weeks before. The report highlights Abby Brook, who was quoted in an August story in the Forward saying that she was frightened by two men who showed up at the GW campus in canary costumes. It also highlights Kei Pritsker, who spoke to the Forward in October 2017 about being profiled by Canary Mission. The new report accuses Pritsker of, among other things, having “nodded” in agreement with “anti-Israel and anti-Semitic” statements, and links to a year-old video of a protest against AIPAC in which he appears in the background.

“The tactics of the organization are troubling, both from a moral standpoint, but have also proven to be ineffective and counterproductive,” said Tilly Shames, who runs the campus Hillel at the University of Michigan, Ann Arbor, in an interview with the Forward this summer.

Shames said that Canary Mission’s publication of dossiers on students on her campus had led to greater support for the targeted students and their beliefs, and had spread mistrust of pro-Israel students, who were suspected of spying for Canary Mission.

Do you have more information about Canary Mission or Megamot Shalom? Contact Josh Nathan-Kazis at [email protected]