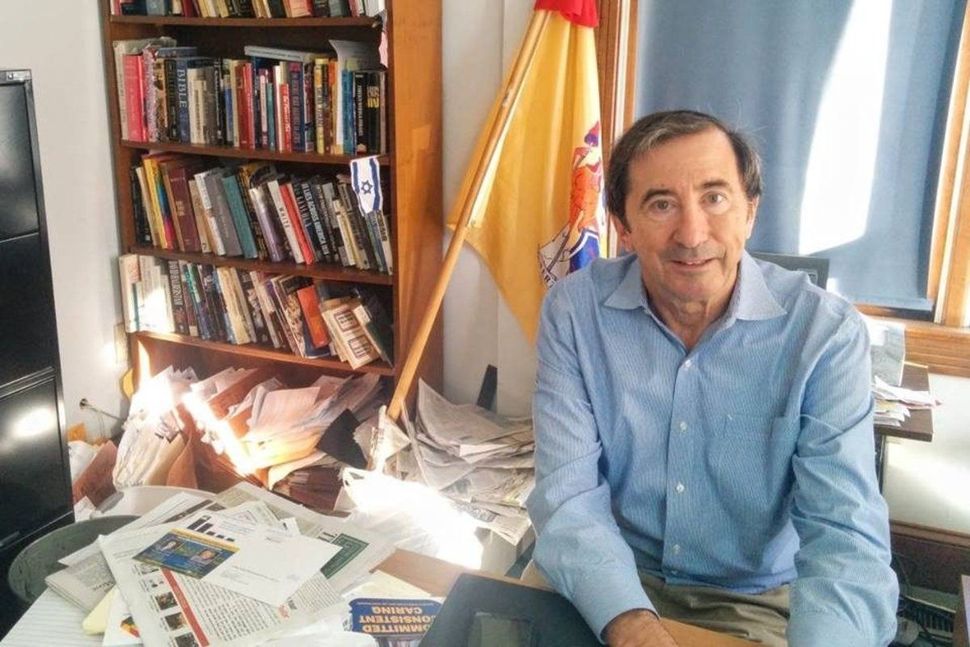 A Republican Jewish congressional candidate in New Jersey who once said “diversity is a bunch of crap” again sparked outrage when he compared the sexual assault allegations against Supreme Court nominee Brett Kavanaugh to the lynching of “innocent Jewish and black men.”

Seth Grossman, who according to a recent poll is trailing Democrat Jeff Van Drew by 23 points in an Atlantic City-centered district that President Trump won in 2016, made his latest inflammatory remarks on Oct. 2, just a little over a month before Election Day.

“To me, there’s no evidence whatsoever that Kavanaugh did anything wrong, and the fact that he’s being forced to defend himself 35 years later is nothing less of an outrage,” the New Jersey Globe reported Grossman saying.

“The whole circumstance of waiting until the completion of the hearings before even bringing this to his attention, everything — I guess the best I can say is, it reminds me of when innocent Jewish and black men were lynched 100 years ago based on unsubstantiated accusations of a single woman. That’s what it reminds me of. It’s a modern-day lynching as far as I’m concerned.”

The lawyer first sparked national outrage back in April when he made the disparaging remarks about diversity.

He again caused an uproar several months later when he shared several articles from well-known white nationalist websites on his Facebook page.

Grossman defend his comments about Kavanaugh, tweeting on Oct. 3 that Democrats were trying to “smear” the federal judge.

Non-partisan election forecasters Cook Political Report, Sabato’s Crystal Ball and Inside Elections all now rate the race as a likely pick up for Democrats, who need to win 23 seats to flip the House in November.