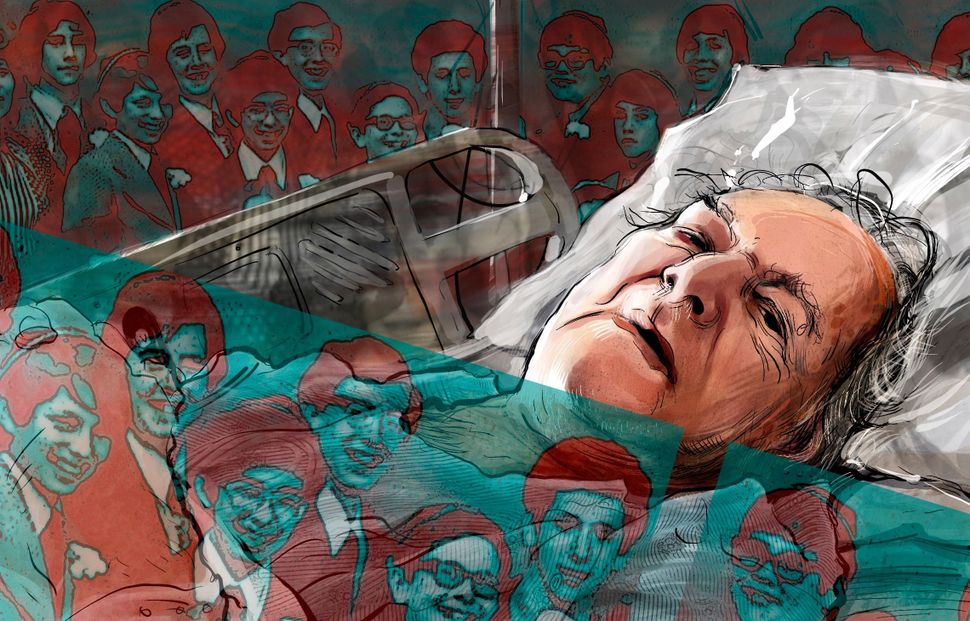 Stanley Rosenfeld liked to wrestle with his middle school students. In his underwear.

The matches would take place in his apartment when he was an assistant principal at SAR Academy, a prominent Orthodox school in New York City. Rosenfeld frequently hosted his male students for weekend sleepovers. He would cook Friday night dinner and take the kids out on Saturday night for bowling or to a Mets game.

In the course of trying to pin a student, Rosenfeld would sometimes press his crotch against them. Sometimes, he would grab at their crotch.

And sometimes, at night, he would fondle students as they slept.

Rosenfeld committed sexually abusive acts with at least 12 former SAR students, and was rehired despite leaving the job after an accusation of sexual abuse was reported to the school’s principal, according to a report commissioned by the school and released Friday. The report details Rosenfeld’s nighttime molestations, inappropriate touching, and, in at least three cases, physically abusive discipline, including shaking students and pushing them into walls. It found that Rosenfeld was SAR’s assistant principal of general studies from 1974 to 1977, and was rehired as a part-time English teacher for the 1986-1987 school year.

“I just find it wholly unacceptable that Stanley Rosenfeld left in the late ‘70s under mysterious circumstances, and no one that re-hired him back in ‘86 knew about it,” said one person who attended the school while Rosenfeld was there. “That’s record keeping 101.” The person asked not to be named to protect his privacy. 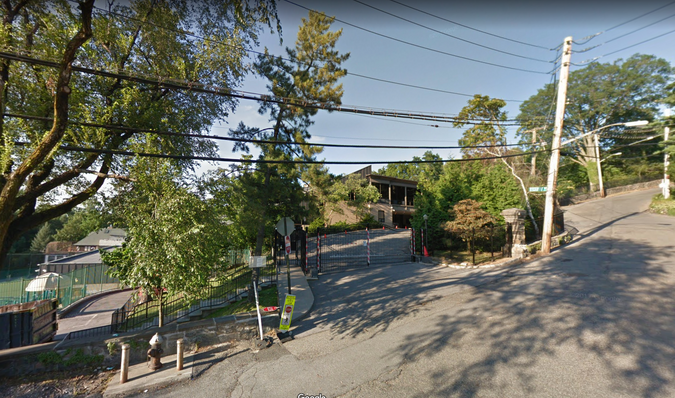 The entrance to SAR Academy. Image by Google Maps

In an email that announced the release of the report, SAR’s principals outlined the report’s findings and highlighted their current practices for preventing abuse.

“We want to extend our most sincere gratitude to the individuals who came forward to report instances of inappropriate behavior and abuse,” SAR’s principals wrote in the email. “We remain heartbroken that our alumni suffered abuse while in SAR’s care, but we also are deeply inspired by their bravery.”

SAR’s investigation was precipitated by an email from a former student, Robert Eckmann, who informed the school in December 2017 that Rosenfeld had molested him in Rosenfeld’s apartment when he was in eighth grade. After SAR notified its community about the allegation and the investigation in January of this year, two other New York City-area Jewish schools — Westchester Day School and the Ramaz School — also launched inquiries into whether Rosenfeld sexually abused children while employed there.

The Ramaz School released its report in August. That report found that the school’s internationally-renowned principal had been aware at multiple points of allegations of sexual misconduct with children against educators affiliated with the school.

Rosenfeld molested children throughout a nearly five-decade career in Jewish education and spiritual leadership, and admitted to molesting more than 100, according to a Forward investigation. He began, by his own admission, as a summer camp counselor, and was convicted in 2001 for molesting a child in Rhode Island. In between, he worked at at least four New York City-area Jewish schools, spent at least a dozen years as a public school teacher in New York City and served as the spiritual leader of a small Rhode Island synagogue. He served 18 months in prison beginning in 2002 for violating his probation. He is 84 years old, and lives in a nursing home in Providence.

SAR’s report was compiled by investigators for T&M Protection Resources, an international security firm. T&M has been retained by several high-profile institutions — such as the American Museum of Natural History and Mario Batali’s hospitality company — in recent years to conduct investigations into allegations of sexual misconduct.

One former student, who says that Rosenfeld molested him in the early 1980s, and who says that he informed Schwartz about the abuse, said he felt “vindicated.” 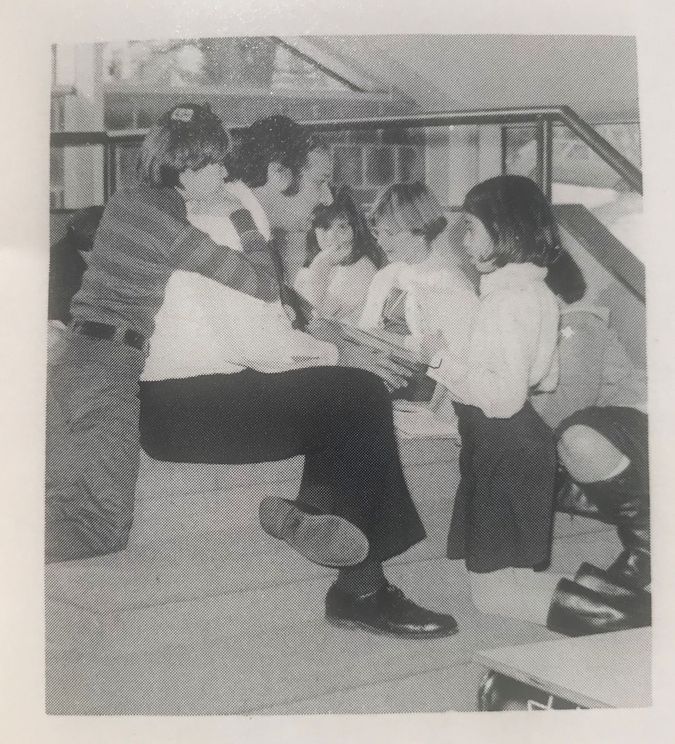 Stanley Rosenfeld, pictures talking to students in a photo in an SAR yearbook. Image by Robert Eckmann

In an email, the former student wrote that he felt “Grateful that they had the bravery to conduct the investigation and publically share the findings.”

But, the person added, he interpreted the fact that the school’s email did not include an apology that they were trying “to avoid legal liability and compensation for the harm done to the all the victims.”

The report, based on interviews with 39 people, stated that it likely underestimated the number of students Rosenfeld abused, since some people identified by others as victims declined to speak with investigators.

The report’s findings broadly dovetailed with details about Rosenfeld’s strategies for molesting children previously reported by the Forward. He frequently molested children who were at his home for sleepovers during Shabbat. He also took ample opportunities at the school to rub the crotches of male students, press his crotch against them, and, in at least one case, press himself against and grab the chest of a female student. (Rosenfeld told a probation officer in 2001 that adolescent boys were his “preferred prey.”)

The report also described allegations from several former SAR students that they believed Rosenfeld had drugged them while they stayed over at his apartment. They reported feeling “groggy” and “dizzy,” and not being able to stay awake. One former student reported waking up and seeing Rosenfeld, naked, using his fingers to penetrate the anus of another child who was sleeping over, and who did not appear to wake up while the assault was occurring.

The report describes Rosenfeld’s exit in 1977, but says it is unclear if he was fired, or why he was rehired. A footnote states that Rosenfeld’s personnel file “cannot be located due to the passage of time.”

But according to one teacher who spoke to investigators, Rosenfeld was dismissed and told not to work with children after the teacher told the then-principal, Rabbi Sheldon Chwat, that she had seen Rosenfeld touching a boy in the “groin area.”

A former “senior member” of SAR recalled that Chwat told him at the time of Rosenfeld’s departure in 1977 that Rosenfeld was “the kind of person that has a proclivity or interest in students” and “not the person who should be with kids full time.” 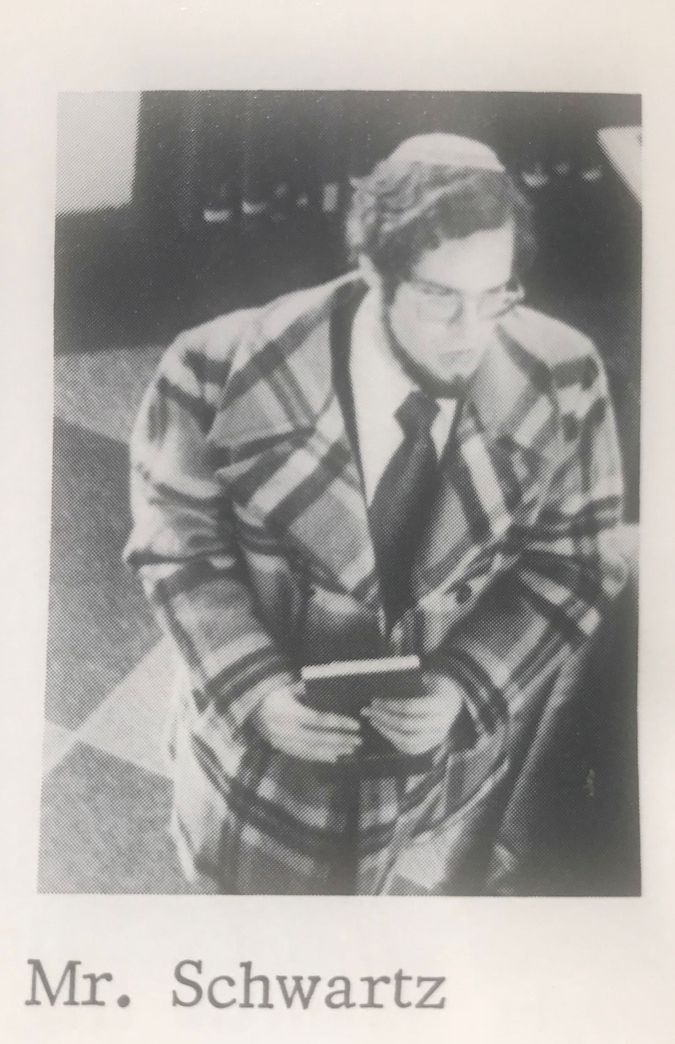 Rabbi Sheldon Schwartz, in a picture in an SAR yearbook. Image by Robert Eckmann

The report also found that two students informed Rabbi Sheldon Schwartz, a 45-year veteran of the school, about their allegations of sexual abuse against Rosenfeld, and that Schwartz did not inform the school about these accusations. Several students also reported inappropriate interactions with Schwartz, including inappropriate hugging and wrestling. One student reported that, like Rosenfeld, Schwartz had a habit of grabbing students’ crotches while wrestling. The report also included several general allegations from students suggesting that Schwartz should have known about Rosenfeld’s abuse because he was frequently present at the weekend sleepovers at Rosenfeld’s apartment.

Schwartz was fired by the school in August in connection to SAR’s investigation. Schwartz has denied knowing about Rosenfeld’s misconduct, and wrote that he “categorically den[ies] any inappropriate touching” in a text message to the Forward on Friday.

“I did not engage students in wrestling matches,” Schwartz wrote.

Schwartz says he feels he is being “made a scapegoat” not only for SAR, but for Westchester Day School and Ramaz. He is suing the school for wrongful termination, claiming that the school did not follow its own guidelines when they suspended and ultimately fired him, and is seeking to return to teach at the school.

The report, as well, does not include information about a recent incident in which a staff member was fired for allegedly engaging in sexual acts with a male sophomore in SAR’s high school. In that instance, in 2012, the incident was not reported to authorities until the student’s parent called local police, who closed their investigation after meeting with the student’s family.

Robert Eckmann, the former student who emailed SAR about Rosenfeld late last year, also expressed dismay that the school did not directly apologize for rehiring Rosenfeld.

“No admission of wrongdoing and no apology to the hundreds of victims and their families,” he wrote. “Shame on SAR — past & present.”

Correction, 10/8/18, 9:10 a.m. — A previous version of this article stated that SAR contacted local authorities about an employee who allegedly engaged with sex acts with a sophomore. SAR did not report the incident to authorities, the student’s family did.