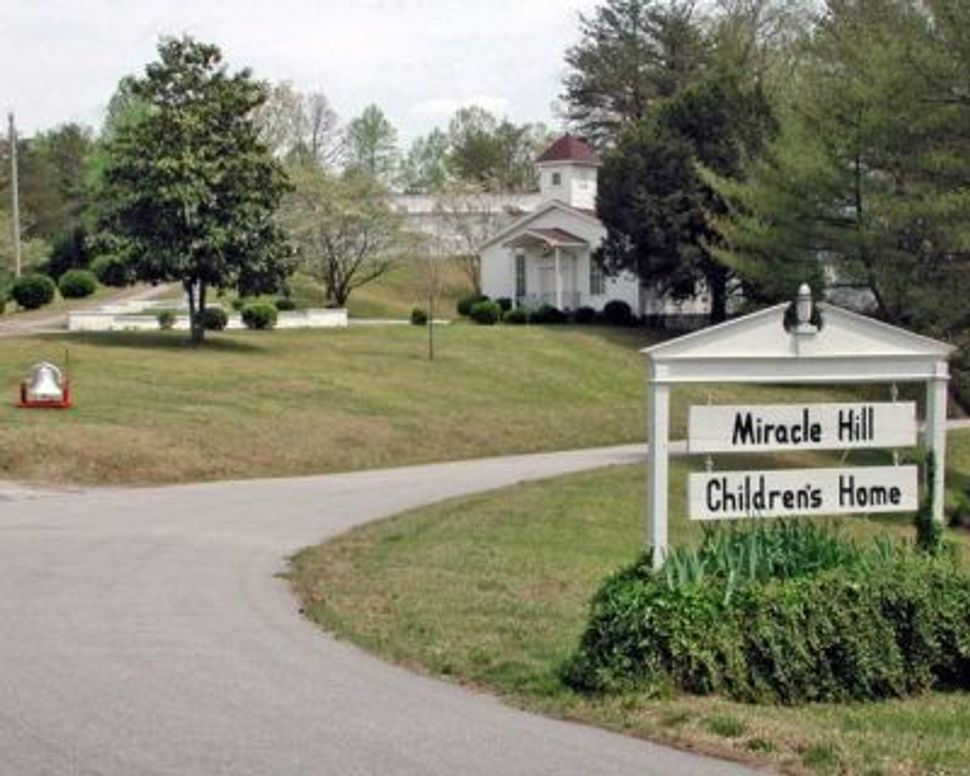 For years, Beth Lesser and her husband had longed to care for foster children at their home in Greenville, South Carolina.

But when she attended a training session for a child-mentoring program, Lesser found out that the largest state-funded foster care program in the area only works with prospective parents and mentors who are Protestant Christians.

“I was the only Jewish person,” said Lesser, who has no children of her own. “It was humiliating to be told essentially, Christians over here, Jews over there.”

Even more shocking: Miracle Hill Ministries had been implementing its Protestants-only policy for 30 years — and such discrimination against Jews and others is explicitly legal in nine other states.

“Miracle Hill won’t even let a Jewish person take a kid out for ice cream while they wait for a home,” said Lesser, who is in her 50s. “What did they think I was going to do, force feed them latkes?”

Reid Lehman, president and CEO of Miracle Hill Ministries, said the policy is designed to enforce the group’s religious beliefs that foster parents should instill Christian faith in children. The rule applies to both permanent foster care or twice-a-month mentoring sessions, he said.

“We work with children of any religion, including Jews. But parents, those who have profound influence on the lives of the children we work with, need to share our faith,” said Lehman. “Beth is framing this as a problem with Jewish people or faith, and it’s not.”

Miracle Hill has been “recruiting Christian foster families” since 1988, according to its website.

Lesser now believes that her faith may be one of the reasons she has received just one one short-term placement of a child in her home since moving to South Carolina 18 years ago. She was licensed as a foster parent by the state for eight years.

Frustrated at the rejections, she decided to attend a program that would train her to support children through a mentoring program, where she’d take kids waiting for foster placement on twice-a-month outings. That’s when she found out about the ban on non-Protestant parents.

It’s common for states contract with private agencies, and provide them with taxpayer funds, to place children in foster care—as South Carolina does with Miracle Hill. In nine states, but not South Carolina, it’s legal for those agencies to employ their religious beliefs when choosing parents.

Gov. Henry McMaster, a Republican, responded by issuing an executive order allowing Miracle Hill to temporarily continue its practice of only working with Protestant Christians.

Miracle Hill’s provisional state license expired on July 25. The state social services department won’t grant a permanent one until the ministry changes its practice or the federal government issues an order making an exception for South Carolina. Such an order is drafted and awaiting the signature of Alex Azar, federal secretary of health and human services, according to The Intercept.

Religious freedom issues have been in the news in recent years but have more frequently involved discrimination against the LGBTQ community. A number of agencies, such as Catholic Charities, chose to stop placing foster children altogether in states that required them to work with same-sex couples.

Conservative groups, such as the Heritage Foundation, say that this adversely affects foster kids because it reduces the number of agencies working to place them. LGBTQ groups say that data from states where religious agencies have closed rather than comply with state non-discrimination law, such as Massachusetts, show that placement levels are not affected because other agencies fill the gap.

The Supreme Court took up the religious freedom issue this summer in the Masterpiece Cakeshop case, where a baker in Colorado refused to bake a wedding cake for a same-sex couple. The court ruled for the baker, but the ruling was limited to that case and did not set precedent for future cases.

Reactions to the South Carolina foster care dispute have been mixed.

“No child should be denied a loving foster or adoptive home simply because a prospective parent is for example gay, transgender, atheist, Jewish, Muslim, or Hindu…We staunchly believe that neither South Carolina nor its taxpayers should be supporting discrimination,” the ADL said.

Yet religious freedom laws can also protect Jews against invasions of their religious practice that can seem odd to outsiders. Such practices include the Kapparot ritual involving swiniging a live chicken and circumcision, said Greg Dolin, a law professor at University of Maryland who has written amicus briefs supporting religious liberty and is a board member of the Jewish Coalition for Religious Liberty.

“Laws that allow people to live their life in peace and worship without government interference are important,” he said. He expressed sympathy for same-sex couples but said the views of people whose religion says they might go to hell if they do a certain thing, like bake a cake for a same-sex couple, also need to be considered.

He admitted being troubled by Lesser’s case. He said that social services agencies need to provide a diverse slate of foster care providers so that Jews and others always have somewhere to turn.

“I’d be uncomfortable if this was really the only option for her,” he said.

Ironically, Lesser portrays herself as a strong proponent of religious freedom.

Lesser is from New Jersey originally, but said she’s “not the typical liberal Jew.” She “loves President Trump” and agrees with the baker’s stand in the Masterpiece Cakeshop case.

But she insists her case is different.

“What Miracle Hill is doing is not religious freedom,” she said. “They are hiding behind that to discriminate, plain and simple.”