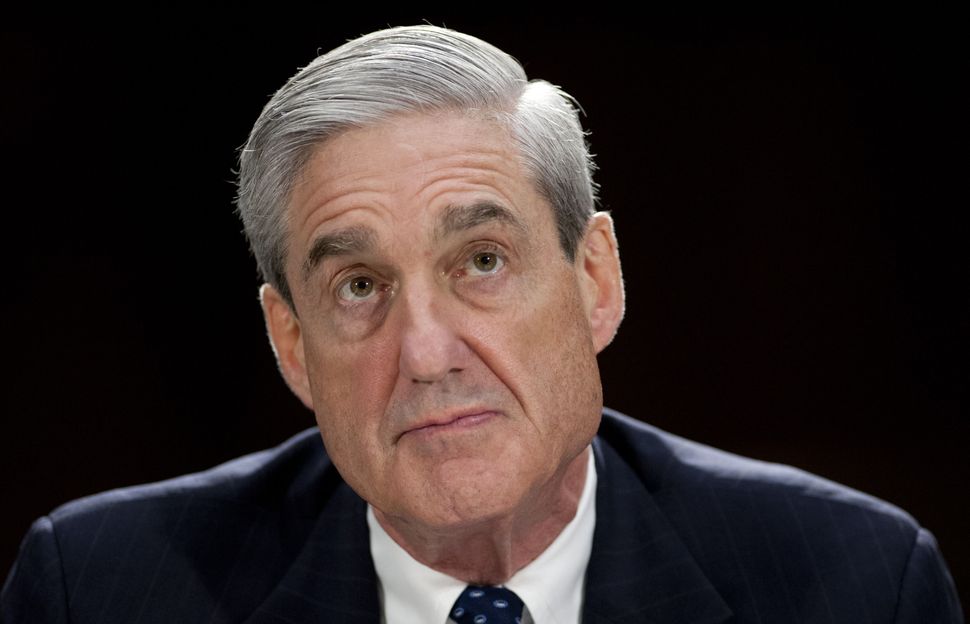 They hatched a plot that wound up unraveling badly after it was uncovered by a Twitter-famous set of twins and was pitched to star journalist Ronan Farrow.

Oh, and there was also a fake private intelligence operative named Matthew Cohen and things got wacky when someone leaked the voice mail of the hedge fund prodigy at his mom’s Orange County home.

Got all that? Let’s back up.

Jacob Wohl is an avowedly pro-Trump writer for the Gateway Pundit, a far-right blog made famous by its former White House correspondent, the conspiracy theorist Lucian Wintrich. He’s also a former teenage hedge fund manager who appears to have scammed investors.

Jack Burkman is a Republican lobbyist who, in October 2016, joined with the parents of the slain DNC staffer Seth Rich to investigate his (still) unsolved murder. Rich’s parents later expressed their “fury” at Burkman for pushing a conspiracy theory about Rich’s death that linked it to Russia.

Wohl and Burkman appear to have made up a fake story about a possibly fake woman alleging that Mueller sexually harassed her, and contacted reporters repeatedly over the last several weeks in the guise of that possibly fake woman, hoping to convince reporters to pick the story up.

The story began in mid-October, with a shady email sent to reporters and posts from Wohl and Burkman foreshadowing a supposed coming news story about allegations of misconduct against Mueller. The email, sent October 17, went out to reporters at several different media outlets, and purported to be from a woman saying Mueller harassed her.

The tweets suggest that Burkman contracted Wohl to help with what has been exposed as a smear attempt by the pair.

On Tuesday, the story broke open when Mueller referred those allegations to the FBI. Within hours, Burkman and Wohl’s role in creating the conspiracy theory had been revealed. Ronan Farrow, who has broken several high-profile #MeToo stories, said on Twitter that he had been pitched on the plot.

One of the people instrumental in uncovering the allegations’ provenance was Ed Krassenstein, a wildly anti-Trump writer for Hill Reporter, a liberal politics blog. Krassenstein and his twin brother Brian are considered by many to be part of the rise of “independent journalists” who play fast and loose with facts from both ends of the political spectrum. They’ve also received criticism online for constant self promotion: Many of their tweets end with the demand, “RETWEET!”

On Tuesday, Ed Krassenstein reported that he was contacted by the “woman” alleging harassment by Mueller last week. The woman, who said she used to work at the same law firm as Mueller, said that a man had offered to pay off her credit card debt if she would say Mueller harassed her. She said that the man who offered the money said he was working for Jack Burkman.

Krassenstein said he could find no record of the woman’s existence either in her stated home (Fort Myers, Florida) or any record that she had worked at the law firm.

Then Krassenstein got a threatening message, from a man at a company called Surefire Intelligence, telling him to back off the story. When Krassenstein asked Burkman directly about Surefire, Burkman said the company was run by Jacob Wohl.

Surefire advertised itself, on Craigslist ads and in blog posts, as an Israeli-operated security company — an apparent rip off of Black Cube and Psy Group, two Israeli security and investigations firms that have made cameos in major news stories over the past year.

But as Krassenstein and other reporters quickly uncovered on Tuesday, Surefire appears to be a front. Its employees — based from Tel Aviv to Washington, D.C., to Zurich — have fake pictures for their LinkedIn pages, the Daily Beast reported. All the numbers for the different international offices lead back to a phone number registered to Jacob Wohl’s mom.

Jane Meyer, lately Farrow’s reporting partner at The New Yorker, then noted on Twitter that a darkened picture of “Matthew Cohen” — the stated owner of Surefire — matches a publicly available picture of Jacob Wohl.

Odd. Jacob Wohl says he doesn’t know nuttin’ about Surefire Intelligence, the firm tied to the bizarre Mueller allegations. Take a look at the photos below of Mathhew Cohen, head of ‘Surefire,’ and of Jacob Wohl. pic.twitter.com/Q1rAW4wkPO

When Ed Krassenstein reached out to Wohl about Surefire, he denied any connection.

“I’m not sure what you’re talking about,” Wohl told Hill Reporter. “Maybe it’s the Russian(s)…. I’ve contacted that company and asked them to change whatever they need to change to ensure I’m not associated with them in any way.”

By Tuesday evening, both Wohl and Burkman were giving full-throated denials while dodging reporters’ questions. Wohl stopped responding to NBC News’ inquiries after they told him about the phone redirecting to his mother’s voice mail. Burkman took to Facebook to defend himself.

Krassenstein, assisted by amateur internet sleuths on Twitter, continued to post further corroboration of the links between Wohl and Surefire, including evidence that Surefire used the same cloud data storage account used by a different company incorporated by Wohl.

Even the now-legendary private investigative blogging group Bellingcat, which recently uncovered the identities of the assassins who poisoned former Russian operative Sergei Skripal in the UK, got involved.

By then, NBC had reported that it was the Krassenstein brothers who had tipped off Mueller about the allegations against him in the first place.

the krassensteins turned jacob wohl over to the fbi. i can’t get over this. the twitter grift has become an ouroborous

The incident, and the Krassensteins’ reporting on it, appears to have raised the brothers’ profiles among media figures on Twitter.

unpopular opinion: the Krassenstein Bros seem to be kinda decent at reporting when they really try

Jacob Wohl has tried to ignore the story on his own Twitter feed. In one tweet, he insinuated that the assertion that he is behind the false Mueller investigations is itself false because the reporting is based on testimony from the possibly fake woman who originally emailed reporters about the allegations.

On Wednesday, INSIDER reported that former Department of Justice officials said Burkman could face numerous charges for the smear against Mueller, including obstruction of justice, witness tampering, and making false statements. If Wohl is implicated in the plot by investigators, the officials said, it could also result in conspiracy charges for both him and Burkman.