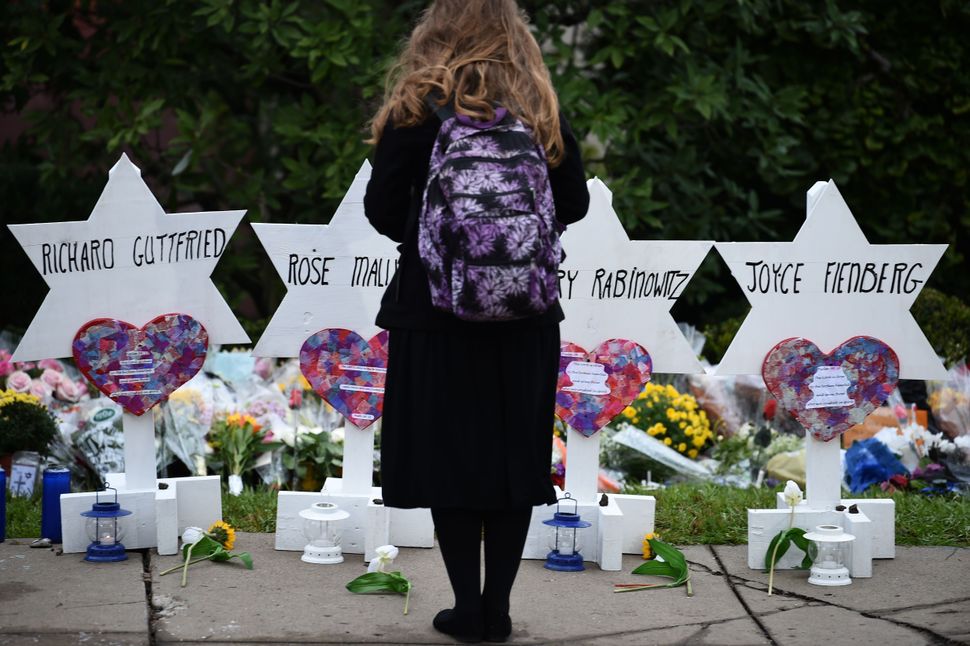 A Hasidic newspaper left faces of the female victims of the Pittsburgh synagogue massacre out of a front page spread on the tragedy. 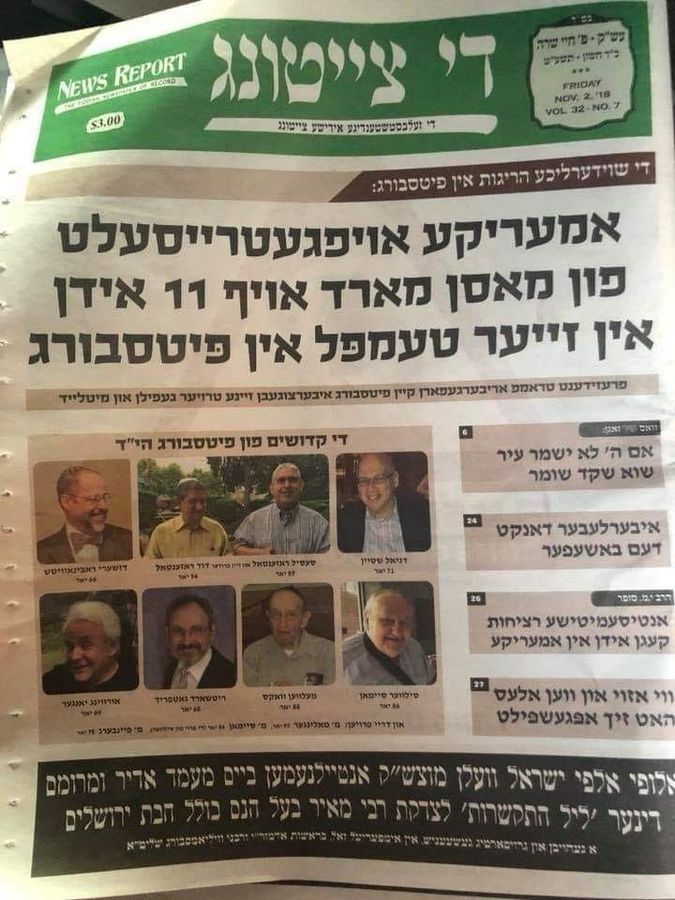 On the cover of its November 2 edition, the weekly Yiddish-language tabloid Di Tzeitung ran photos of the eight men slaughtered last Saturday at Tree of Life congregation in Pittsburgh. Underneath, in small type, the cover read: “And three women,” and included their names and ages.

“This is a non-story,” said Albert Friedman, the editor of Di Tzeitung. “The Hasidic papers have a policy not to post pictures of women. However, they are mentioned prominently in the story. They are not denigrated in any way.”

In 2011, Di Tzeitung apologized for digitally removing Hillary Clinton and another female official from a photograph of top Obama administration advisors monitoring the raid on Osama bin Laden’s compound.

At the time, the newspaper said that it Rabbinical Board does not allow it to publish photographs of women, due to “laws of modesty.”

The front page headline in the Nov. 2 edition of the paper reads: “America Is Shocked At The Mass Murder Of Eleven Jews In Their Temple In Pittsburgh.”

Over the images of the murdered men, the paper wrote: “The Martyrs From Pittsburgh,” and then included an abbreviation meaning, “may god avenge their blood.”

It listed the names and ages of each of the men. The women’s names followed, in small text at the bottom of the illustration, after the phrase: “And three women.”

“Nobody in our readership complains about it because this is what our readership wants,” Friedman told the Forward. “Even if Mrs. Clinton were president, her picture would not appear.”

Friedman said that the media had made a “big fuss” about the Clinton photoshopping incident.

“That’s what our readership wants and they’re very satisfied,” he said.

Another Brooklyn-based Hasidic weekly, Der Yid, ran images of the scene of the attack and religious Jews praying nearby on its cover. Its headline reads: “Shock and Trembling After Synagogue Shooting in America; Eleven Jews Killed In Anti-Semitic Attack In Pittsburgh.”

Updated at 12:40 P.M. with quotes from the editor of Di Tzeitung.