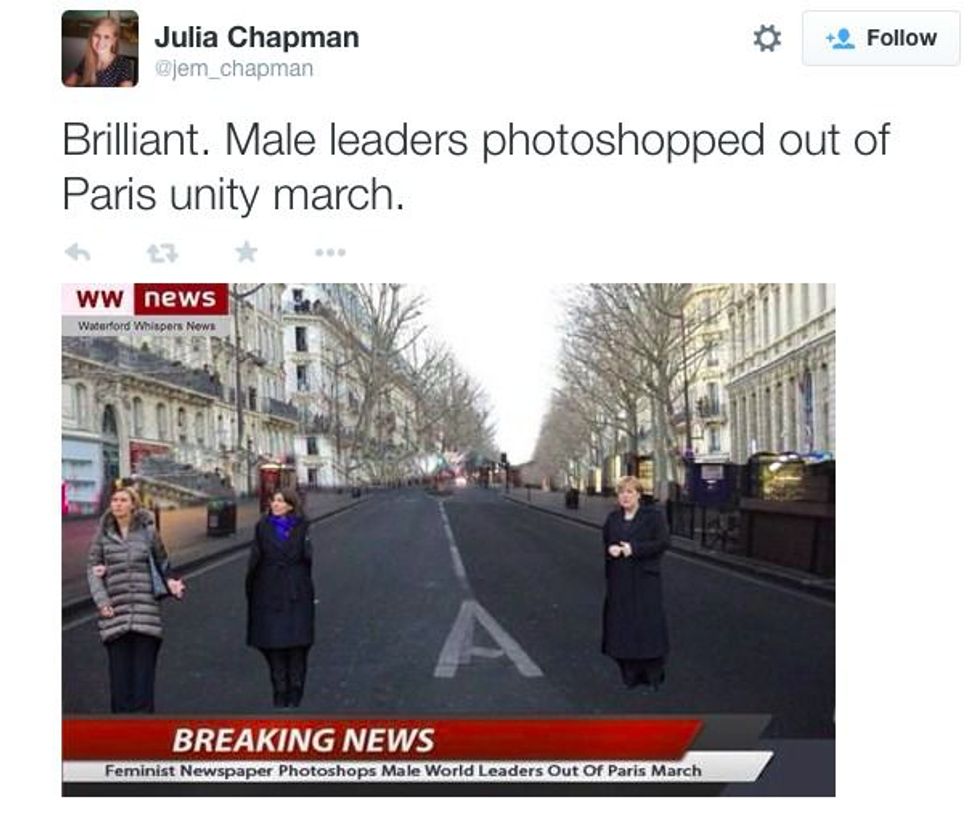 Ultra-Orthodox Israeli newspaper, HaMevaser caused a stir yesterday when it edited out two female world leaders from a photograph of the march for Charlie Hebdo in France. In the original photograph, German Chancellor Angela Merkel and EU foreign policy chief Federica Mogherini appear marching in the front line of world leaders.

But on HaMevaser’s front page the women vanish:

For anyone familiar with the newspaper, this is not surprising — its policy is not to publish photographs of women and regularly edits them out of images.

In 2011, a similar scandal occurred when the ultra-Orthodox Der Tzitung photoshopped Hillary Clinton out of the photo of U.S. leaders receiving an update on the mission against Osama bin Laden.

At the time Elana Maryles Sztokman wrote in the Sisterhood:

The photoshopping of Clinton is indeed part of the larger Orthodox phenomenon of removing women from public spaces, silencing women’s voices, covering women’s bodies, and pretending women don’t exist. This is about creating a woman-free world, enabling men to walk through the universe knowing that they will never have to encounter a woman.