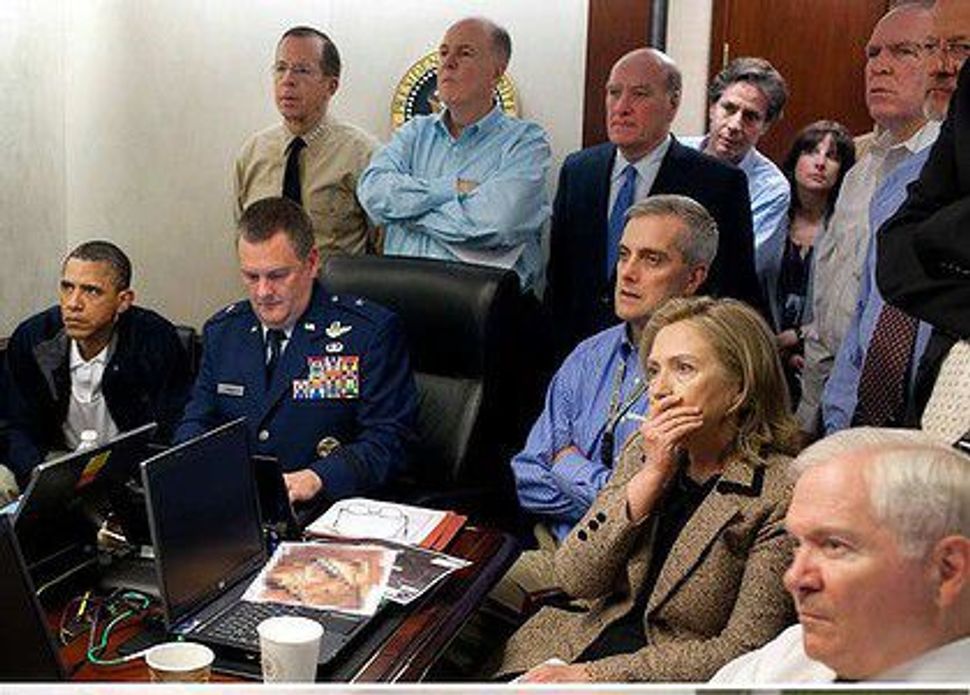 The Yiddish-language newspaper, Der Tzitung, also erased Director of Counterterrorism Audrey Tomason from the image, which was taken as President Obama and his top officials watched the raid that killed al Qaeda leader Osama bin Laden. Der Tzitung left all the men in the photo. The paper’s decision to alter the image directly violates instructions from the White House, which decreed upon the image’s release that it “may not be manipulated in any way.”

Der Tzitung’s version of the photo has already received coverage in a wide variety of newspapers and blogs, with most speculating that its alteration occurred so that readers would not have to face images of women in power — or, perhaps, so that they wouldn’t have to see them in “immodest” dress, with their natural hair exposed. (That said, The Shmooze doubts Der Tzitung would have shown the two women even if they’d worn a stylish Sarah Palin sheitel.

This is not, depressingly, the first time an observant Jewish newspaper has denied reality, modernity and the empowerment of women by altering an image. Two Orthodox papers in Israel stirred controversy two years ago by erasing a pair of female ministers from images of the country’s cabinet.