On First Shabbat After The Shooting, Pittsburgh’s Synagogues Are Overflowing 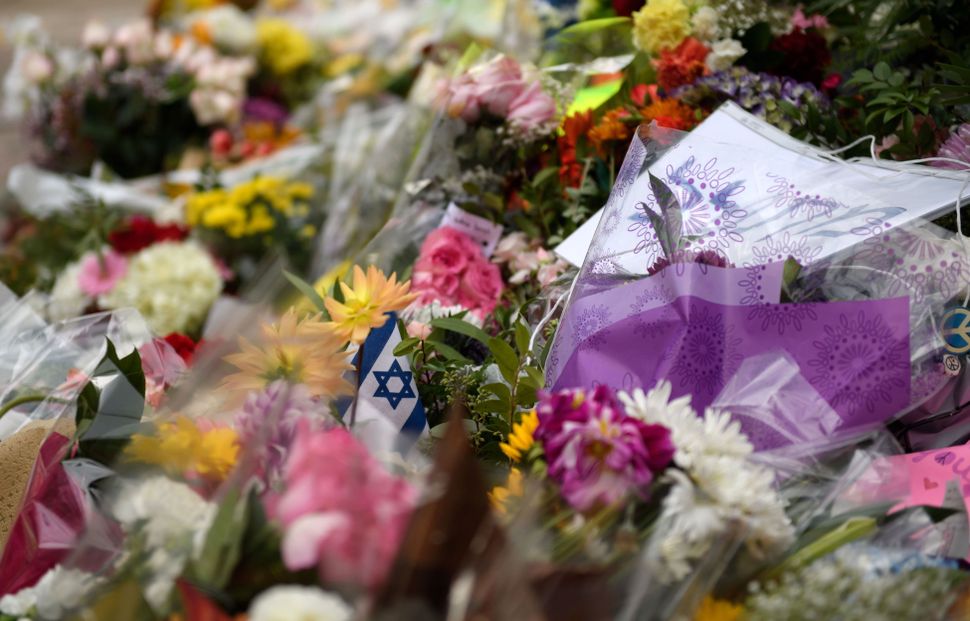 On Friday afternoon, the community laid Rose Mallinger, the oldest victim of Saturday’s massacre, to rest. That means the city’s procession of funerals ended with just enough time to let the community prepare for the first Sabbath after the shooting.

Friday evening, a number of special services are planned throughout the city, in addition to the services that happen every Friday evening and Saturday. At all of these, Pittsburgh’s Jews will also contend with heightened security.

Across the country, Jews will be attending Shabbat services with motivation from various social media campaigns, from #SolidarityShabbat to #StandWithPittsburgh to #ShowUpForShabbat. The campaigns are directly appealing to people outside the faith as well to attend Sabbath services as a challenge to the virulent anti-Semitism who perpetrated Saturday’s shooting.

But many people in Pittsburgh will be going to shul simply out of instinct for spiritual and communal comfort.

“I don’t think a lot of people are necessarily aware of [the social media campaigns], I just think they feel a need to go,” said Roberta Levine, a member of Temple Sinai, a Reform synagogue.

The services at Beth Shalom will feature some additional speakers and prayers, according to an email from the synagogue’s executive director, Rob Menes.

A number of Jewish groups are also hosting a joint Shabbat dinner for young people (ages 22 to 45) at Friendship Circle, in the heart of Squirrel Hill on Murray Avenue. The sponsors include Moishe House, the ADL and the Jewish Federation of Greater Pittsburgh. The free dinner will begin at 7:00 p.m. (The link to register is here.)

Local Christian and Muslim organizations have also urged their communities to attend services at a local synagogue.

“I’m imagining people are going to be tense and sad,” said Mindel Kleinman, 47, who lives just south of Squirrel Hill in the Greenfield neighborhood. “Everyone’s trying to return to normal, but we want to be together.”

A number of visitors are still in Pittsburgh, some of whom are simply there to show support, and others who are natives of the city and returned in solidarity or to lend their strength to family.

“This Shabbat the Tree of Life Synagogue is empty,” Yisrael Bernath, who is visiting Pittsburgh, wrote on Facebook. “Every Synagogue in the world needs to be overflowing. Go out and go to Shul! One people united and strong!”

The go-to-shul campaigns have been marketed as a way to bring secular Jews into synagogue to show support to Pittsburgh.

“I can think of no better response to such a heinous violation of the sanctity of a synagogue than to encourage all American Jews to seek spiritual sanctuary in their sanctuaries, and to do so proudly and without fear,” Seffi Kogen, a director at the American Jewish Committee, wrote in an op-ed earlier this week.

Not every Pittsburgh Jew feels the need to #ShowUpForShabbat. For some, it is still a religious service that they don’t feel connected to.

“I feel solidarity ethnically, but it doesn’t make me more inclined to participate religiously,” said Josh Levenson, 37, who was born and raised in Squirrel Hill.

But for the Jews who will be attending services for the first time in a long time, it may be the beginning of a new chapter in their Jewish lives.

“It’s not gonna end with this weekend,” Levine said. “I think there’s a renewed sense of how unique and special this community is. The synagogues are all gonna be helping to rebuild everybody.”

On First Shabbat After The Shooting, Pittsburgh’s Synagogues Are Overflowing