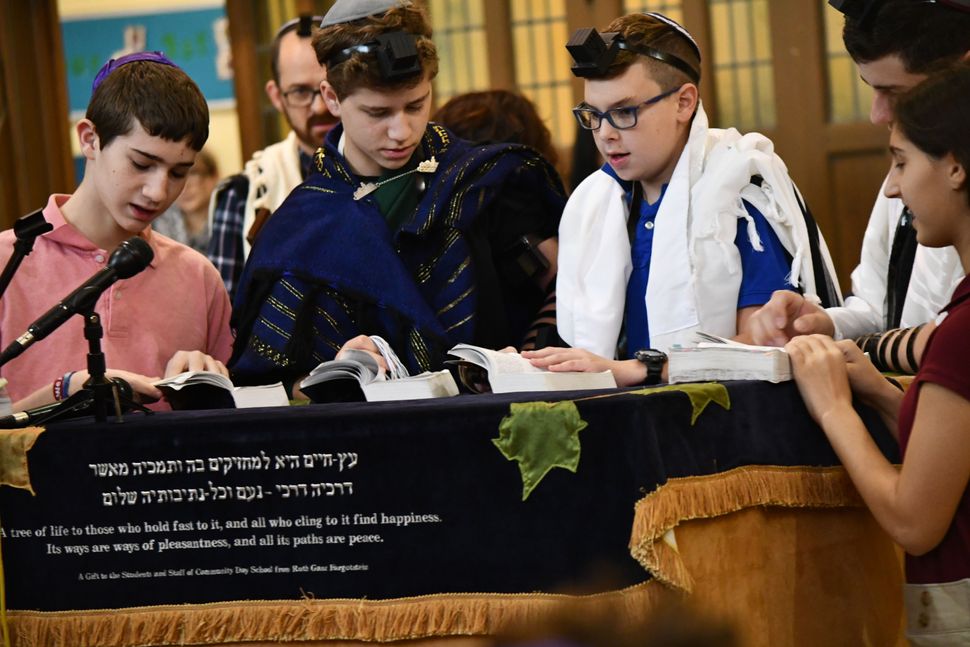 Last Saturday, those six, along with seven other worshippers killed inside the Tree of Life synagogue building on October 27, became part of the long list of Jewish martyrs.

But before that, they were six friendly faces that the middle schoolers of nearby Community Day School knew from attending Wednesday morning prayer service at the synagogue. The program benefitted both synagogue and school. The students helped the synagogue gather enough people for services, and the synagogue helped the students learn about their Jewish community, and start participating in it. Now, these names and faces have been beamed around the world, and the students have joined the ranks of the proverbial mourners of Israel.

On the morning of the shooting, they knew exactly who to worry about.

“Our entire grade was texting each other: ‘Are the Minyanaires okay?’” said Lilah Sahud, 13, referring to the regular at Wednesday morning services they’d come to know.

They found out when the names were released the next day, Sunday.

Cecil and David Rosenthal, the “ambassadors of the shul,” as Jonah Rosenberg, 14, called them.

Joyce Feinberg, who organized breakfast and particularly close with Sahud and Zimmerman.

For Kristina Greg, 14, the death of Rose Mallinger, who was 97, hit the hardest, since Mallinger frequently drove her to school after Wednesday’s morning minyan. (Yes, at almost 100 years old, Mallinger was still driving.)

“That was the most upsetting,” Greg said. “She was always very interested in what we were doing at school and at home.”

Every morning in synagogues, office boardrooms and living rooms around the country, observant Jews gather to say the morning prayers. However, in order to say the full liturgy — and to allow people in mourning to say the requisite Kaddish — they require a minyan, a quorum of ten. For Orthodox Jews, that means ten men over 13 years old. For liberal Jews, that means ten people who have gone through their bar or bat mitzvah.

Some small communities can struggle to reach the sufficient number. Hence CDS’ program: Minyan Makers, in which the majority of CDS’ seventh and eighth grade classes participate — and not just for the breakfast of bagels and donuts or the chance to come to school late.

“You get to show off your Jewish identity,” said Maya Zimmerman, 13.

The program fostered friendships between the students and the Minyanaires. The older folks would wear CDS hats on Wednesdays, and offered the students the chance to lead the services and use their favorite tunes.

“My congregants who come to morning minyan love seeing the students there,” said Rabbi Jeffrey Myers, the rabbi of Tree of Life*Or L’Simcha Congregation, who survived the shooting. “The vibrancy, the activity the noise, they just love it. It brings life into the building.”

That connection made the shooting all the more real, and all the more traumatic. The small, close-knit community that has raised them was at the center of an international media frenzy for a week. Their houses, just blocks from Tree of Life, could be seen on CNN’s aerial maps. Myers was broadcast around the world meeting with President Trump.

“You would never think that the little town of Squirrel Hill would be on the news, be the center of the world,” said Zimmerman.

In response to the shooting, on Monday afternoon the students quickly organized a special prayer service and vigil for Tuesday morning. Myers attended. 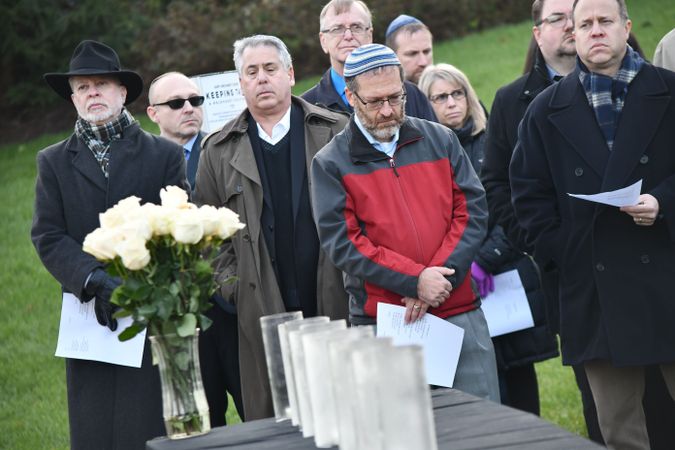 “It was the first time I tried to pray since Saturday,” Myers said. “And in the middle of it, I couldn’t. I had to leave the room.”

“Their enthusiasm in prayer — in any other time it would have been uplifting,” he added. “But the prayer couldn’t get through. There was too much pain in the way.”

The past week has been difficult for the students. They’ve been talking about the shooting constantly, they say. The school has tried to give its students and teachers as much help in healing as they can. Every day last week they had multiple therapists on site. They brought in retired teachers from the school to fill in for teachers who needed to step out of class and speak with counselors. Even a steady stream of parents has come to the school to meet with the therapists they’ve brought in. Students are still regularly speaking to the therapists.

“We expect that will continue for quite a while,” Munro said.

Yet the school has no more formal programs planned to address the shooting, according to Jennifer Bails, CDS’ director of marketing.

“We’re taking our lead from the children and their needs,” she said. “At the same time, this is going to be part of the fabric of this community forever.”

The students simply have to adjust to living at the epicenter of Jewish fear in America.