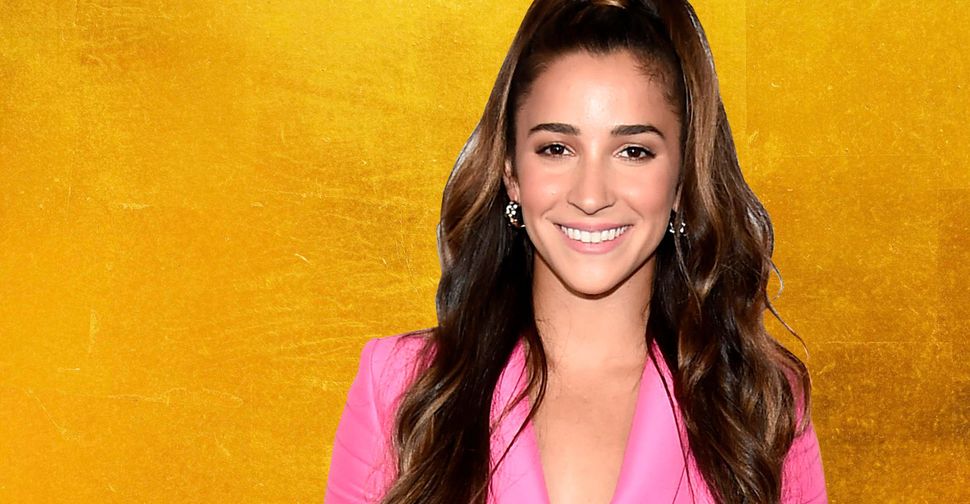 Champion of Gymnastics and Justice

During the 2012 summer Olympic Games in London, the Jewish world watched with particular interest and pride when the American Jewish gymnast Alexandra “Aly” Raisman, then 18, became the first American woman in Olympic history to win a gold medal in the floor exercise. The achievement itself was a dayenu moment, but her routine added ethnic sparkle because she chose to perform to the traditional tune “Hava Nagila” in front of — literally — the entire world.

Everyone was so busy kvelling, no one saw the darkness lurking beneath Raisman’s shimmery surface. No one saw that, beneath the smiles and the soaring through the air, Raisman was suppressing a lurid secret: For years she had been subjected to repeated sexual abuse at the hands of the USA Gymnastics team doctor, Larry Nassar.

Raisman and the team she led as captain would bag two more Olympic gold medals — for team events at both the 2012 and 2016 Rio Olympic Games — before Raisman would finally share her experience of Nassar with FBI investigators. Then, in November 2017, on the heels of the burgeoning #MeToo movement and the cultural outing of sexual predators across several industries, Raisman decided to join fellow outspoken gymnasts and go public.

But that was hardly all. Raisman didn’t stop at telling her story; she launched a crusade. Beginning with her 2017 book, “Fierce,” and in subsequent interviews and speeches, Raisman indicted not only the man who had abused her (as well as hundreds of other women), but also the system, structures and culture that enabled three decades of his abuse. The risks she took to do so are immeasurable, but she never allowed her youth or professional dependence on the organizations she was rebuking to deter her from the pursuit of justice. What was on the line for her was not only recompense for what she had suffered; this was also about restoring integrity to the sport she loves.

During an interview on the CBS show “60 Minutes,” when asked why she and the other women had not come forward sooner, a defiant Raisman challenged our cultural propensity to blame the victim: “Why are we looking at ‘Why didn’t the girls speak up?’” she asked, incredulous. “Why not look at, ‘What about the culture?’ ‘What did USA Gymnastics do and Larry Nassar do to manipulate these girls so much that they are so afraid to speak up?’”

This was your team captain speaking.

Within months, a critical mass had hearkened to Raisman’s message, and by late January 2018, more than 150 girls and women, including Raisman, testified during Nassar’s sentencing hearing. Without an ounce of shame or squeamishness, Raisman took her stand and delivered the cri de coeur of the year, assailing the “monster” who had “perpetrated the worst epidemic of sexual abuse in the history of sports.”

Dressed in a smart, brightly colored suit, her hair pulled back tight and strongly, Raisman glared at her abuser and, with pitch-perfect feminist indignance, said, “You think this is hard for you?”

She also took aim at the hypocrisy of USA Gymnastics and the United States Olympic Committee, which were “very quick to capitalize and celebrate my success,” she said. “But did they reach out when I came forward? No. So at this point, talk is worthless to me.”

Her final plea to the court sounded almost biblical. “Let this sentence strike fear in anyone who thinks it’s okay to hurt another person,” Raisman said.

At the end of her 13-minute diatribe, the courtroom erupted in cheers and applause. The teenage Olympic champion who had been victimized by a man she had entrusted to heal her had become a fearsome, self-assured adult. Even the U.S. Circuit Court judge was moved to praise her. “You are unstoppable,” said the judge, Rosemarie Aquilina. “The effects of your voice are far reaching, not just in this courtroom but worldwide. You’re one of the strongest survivors who have been in front of me.” The CBS News anchor presiding over the broadcast of the hearing said of Raisman, “She’s an Olympic gold athlete, but this is also what she’ll be remembered for.”

Raisman has since become one of the most vocal spokespeople for survivors of sexual abuse, using her expanded platform to demand change. And the world is taking note: In July of this year, she appeared on the cover of ESPN Magazine’s Heroes Issue, and later that month, she ascended the stage at the ESPYS with 140 of her “survivor sisters” — all victims of Nassar’s — to receive the Arthur Ashe Courage Award. In September she was nominated for the People’s Choice Game Changer of the Year Award,” along with the outspoken athletes Colin Kaepernick, Serena Williams and LeBron James.

Nassar is now serving a prison sentence that will probably last the rest of his life, but that hasn’t tempered Raisman’s campaign against his enablers. Last March she filed a lawsuit against the U.S. Olympic Committee and USA Gymnastics, naming up to 500 people in her complaint. The message is clear: The scale and scope of Nassar’s crime hinged on the complicity of an entire industry. And as recently as October, Raisman and fellow gold medalist and teammate Simone Biles expressed outrage when Mary Bono, a former Republican congresswoman and lawyer whose firm had represented Nassar, was named interim president and CEO of USA Gymnastics. “Why hire someone associated with the firm that helped cover up our abuse?” Raisman tweeted. Bono resigned the next day.

When she’s not fighting systemic corruption, Raisman, now 24, serves as brand ambassador for a handful of social-impact companies, including the mattress company Leesa, which donates one mattress (and plants a tree) for every 10 sold, and American Eagle’s Aerie lingerie line, whose #AerieREAL campaign promises not to use supermodels or digital retouching of women’s bodies in its marketing.

It was an inspired choice for a sexual abuse survivor to become a lingerie model, and it reads as both an act of resistance and a reclamation. In the past year, Raisman also posed in the nude for Sports Illustrated, with the phrases “Trust yourself” and “Abuse is never okay” etched onto her skin. She seems to be telegraphing that she is unwilling to let her abuser or the public define her sexuality. In stripping down before the cameras — untouched, raw and real — she has transformed the source of her victimhood into a source of power. And she has proved, once again, her willingness to forgo the pristine image of Olympic champion to show us the wounds and scars written into her body.

In an age where image is everything, Raisman is unafraid to be real, to be honest, to be good.

Danielle Berrin is an award-winning journalist based in Los Angeles.