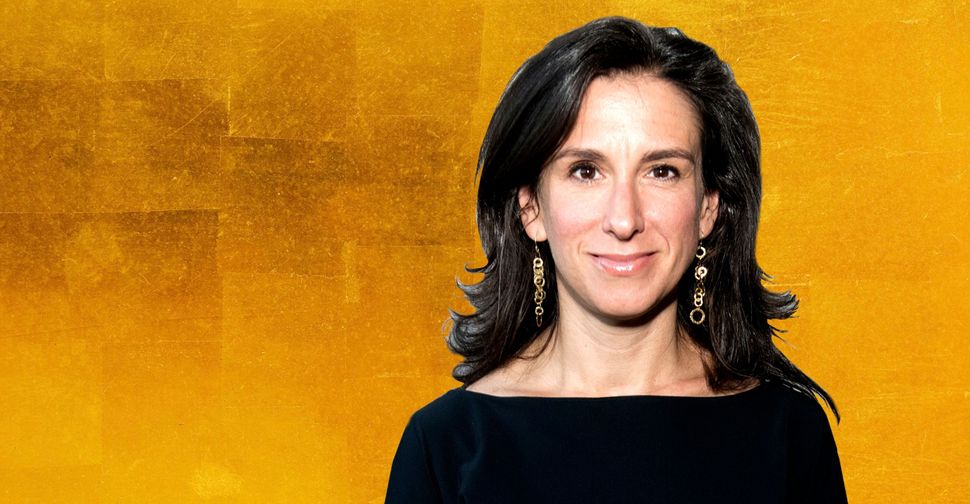 Journalist Who Made a Lasting Impact

It was a little more than a year ago, October 5, 2017, that The New York Times published an explosive front-page story by Jodi Kantor and Megan Twohey, headlined, “Harvey Weinstein Paid Off Sexual Harassment Accusers for Decades.”

After years of rumors about Weinstein and his secret settlements with women, Kantor and Twohey had nailed the story. It had taken them four months to prepare their series of articles, four months of meticulous, round-the-clock reporting, documenting over 30 years of allegations and coaxing more than eight women to go on the record with their stories. Not only did the bombshell expose years of abuse by one of Hollywood’s most powerful men, it also explained the ecosystem of agents, media, hoteliers and company personnel that protected that man.

We’re investigative reporters,” Kantor explained. “We love getting up in the morning, saying we’re going to confront the powerful today. That’s what we live for.”

It’s not easy work — and it can be dangerous. Weinstein’s legal team pushed back hard. The day the story was published, Weinstein threatened to sue the Times for an estimated $50 million. In addition, according to Ronan Farrow of The New Yorker, Weinstein had hired a private investigator to gather intelligence not only on his accusers but on Kantor, as well.

Was she afraid? “We felt an incredible responsibility, and once Megan and I understood the material, we became terrified of failure,” she told an interviewer. “We hated the thought that we might not be able to publish and that we would essentially have to go to our graves holding these revelations privately. With the Weinstein project more than any other, I literally could not stop working. I worked every weekend hour that wasn’t devoted to my kids.”

Kantor and Twohey worked hard to persuade Weinstein’s accusers that it was safe to speak to them, citing the Times’ record in similar stories. Five days later, they published similar Weinstein encounters from Gwyneth Paltrow and Angelina Jolie, among others, and the floodgates opened. Women from all over the country came forward to testify about their experiences, sparking investigations of sexual harassment and abuse in every industry, from entertainment and media to Silicon Valley, factory floors, hotels and restaurants.

Kantor, who is 43 and whose grandparents were Holocaust survivors, was raised in New Jersey and attended the Union for Reform Judaism’s Eisner summer camp in Great Barrington, Massachusetts. She credits the camp with giving her a level of social consciousness she had never experienced. After graduating from Columbia University she studied at Harvard Law School for a year before becoming a journalist at Slate in 1998. She joined The New York Times in 2003 and covered the Obamas, the gender gap at Harvard Business School and scheduling practices at Starbucks.

But of all her reporting, the Weinstein investigation, which won a Pulitzer Prize, will undoubtedly have the most long-lasting effect. “The Weinstein story is easily one of the most important articles ever published in The New York Times,” said the newspaper’s publisher, A.G. Sulzberger. “It made such a powerful case for change that a year later we’re still seeing its ongoing impact across countless industries and around the world.”

And there is so much more to report. “How do you have an office romance in 2018 without fear of doing the wrong things?” Kantor asked. “If a man is accused, what does ‘due process’ mean? We haven’t settled any of those questions. We don’t even have a common definition of sexual harassment.”

Kantor and Twohey are now writing a book about the sexual abuse scandals that shocked the nation and gave momentum to the #MeToo movement. “Every woman who came forward was courageous and brave,” Kantor said. So was Jodi Kantor.

Lynn Povich was the first woman to serve as a senior editor at Newsweek. She is the author of “The Good Girls Revolt” (PublicAffairs, 2012).