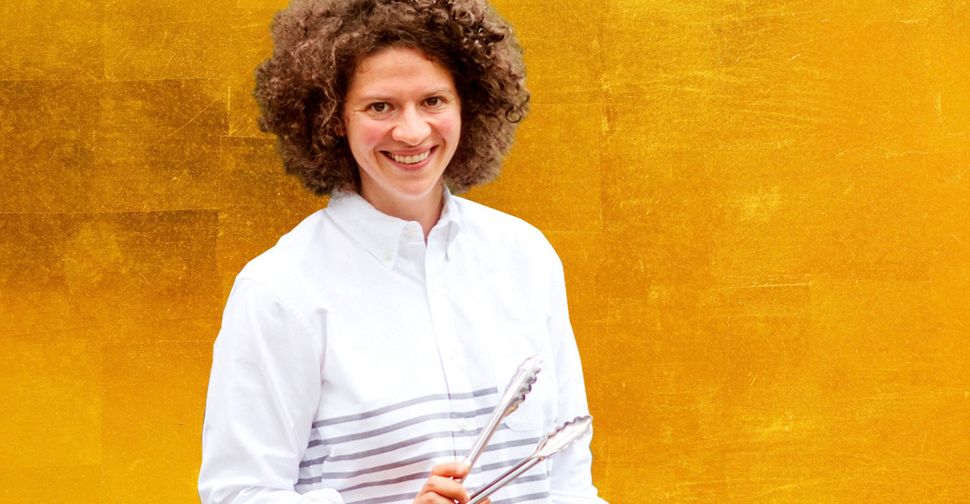 Cooking Food With A Side Of Activism

Julia Turshen doesn’t like to talk about herself that much. She’s much more comfortable giving the microphone and the attention to marginalized people who rarely get a turn to talk.

But Turshen has spent the last two years fighting back against power. She fed an army of righteously enraged political dissenters in her 2017 book “Feed The Resistance” and then created the website “Equity At The Table” as a way of breaking down the gatekeeping boundaries in the food media industry and getting diverse people diverse jobs. Oh, and she’s published “Now & Again,” a peaceful paean to home cooking and the magic of leftovers. So, whether you believe in dissent, fairness or the peaceful enjoyment of leftovers, you have to talk about her.

Turshen is an out-and-proud lesbian combining cooking with activism and comfortingly familiar recipes (like this Celebration Chicken) with a refreshingly new look at who gets to sit at the table, how much that seat cost and who made the metaphorical guest list.

And what’s next for the woman who’s made endless waves in the food industry? She’s got a podcast, “Keep Calm and Cook On,” still hoping to launch at the end of 2018.

Redefining what it means to be a cook in 2018, Turshen has brought a down-to-Earth radicalism to the kitchen. And yes she has strong ideas about leftovers, for example, her “leftover” proceeds from “Feed The Resistance” went directly to the ACLU. She’s raised $19,000 dollars and counting.

In this haunted era, it’s nice to know that an out-and-proud lesbian Jewess living in a cozy haven upstate, cooking hearty, wholesome, comforting recipes for her wife with diabetes has been named one of the 100 greatest home cooks of all time by Epicurious.