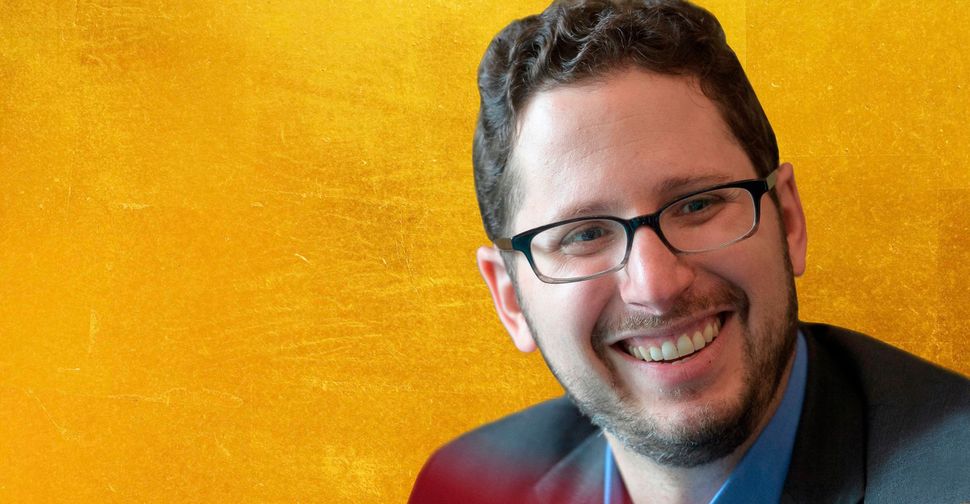 I write this from Pittsburgh, from what is literally Mister Rogers’s neighborhood, a neighborhood now surrounded by grief and sadness after the murder of 11 members of the Jewish community. Just prior to invading the sacred space of the synagogue, the murderer posted a hateful rant against Jews, against refugees, against Jews helping refugees and against the work of HIAS, the agency that I lead.

Mister Rogers famously said that in scary times, to feel safe we must “look for the helpers — there will always be helpers.” Pittsburgh, like our country, is filled with helpers. David Lubell, 42, is a helper with a particularly unique vision for bringing together newcomers and natives as neighbors. His work with the city of Pittsburgh and Welcoming America, the organization that he founded, has helped put Pittsburgh in a strong position to get past this tragedy, to heal and to continue to thrive as a welcoming city.

He received the Charles Bronfman Prize this year in recognition of how he reached into 190 communities around America, touching the lives of tens of millions of people. With the help of local governments, he provided structure for communities to learn about each other’s customs, needs and talents. Regardless of color, beliefs or provenance, the communities that worked together grew stronger together.

Lubell’s vision began more than a decade ago, when he founded the Tennessee Immigrant & Refugee Rights Coalition, with the coalition’s Welcoming Tennessee Initiative. By listening to and working with newcomers and the city of Nashville to address concerns about immigrants, the initiative turned around what in 2006 was called an “epicenter of nativism.” His Welcoming Tennessee organization helped set Nashville on a path to becoming one of the most welcoming — and economically thriving — cities in the country.

In 2009, Lubell launched a national vision of his work in Tennessee, founding Welcoming America. The organization’s mission is to lead a movement of inclusive communities to become more prosperous through strategies that make everyone — newcomer and native — feel like he or she belongs, with the conviction that all neighbors are vital to the success of communities and to a shared future.

Today, Welcoming America works to help communities meet people where they are at, listening to, addressing and conquering fears about newcomers through its Welcoming Standard. The standard provides a roadmap, and Welcoming America works with, certifies and promotes communities that embrace and implement policies of inclusion as engines of social cohesion and economic growth. In 2014, Pittsburgh Mayor Bill Peduto and his team worked with the organization to launch Welcoming Pittsburgh. Pittsburgh is once again a thriving city, with immigrants and refugees being a key part of its formula for success.

I met Lubell for the first time over Passover in 2011, when we had coffee together before attending a brainstorming session on immigration reform, held at the White House. At that meeting, he literally stood up and, in his inimitable menschlich way, challenged the president’s reluctance to overcome an inert Congress by exercising executive authority to protect families from deportation. President Obama listened carefully. I did not, however, detect any willingness to act without authorization from Congress.

Weeks later, we were all surprised when Obama reversed course. The administration announced a new policy to expand prosecutorial discretion in order to prioritize the removal of criminals. Noncriminals, particularly undocumented immigrants who came here as children, and others with equities in the United States, would finally be able to apply for protection from removal through prosecutorial discretion. This eventually led to the executive orders launching Deferred Action for Childhood Arrivals and Deferred Action for Parents of Americans and Lawful Permanent Residents.

Last year, Lubell stepped down as executive director of Welcoming America so that he could take on a new challenge focused on connecting welcoming efforts across the globe. Hate and fear of the other is now a global epidemic, but I am optimistic that Lubell can be persuasive overseas, just as he was with President Obama seven years ago. David Lubell is a force of nature repairing this broken world of ours.

Mark Hetfield is President and CEO of HIAS.