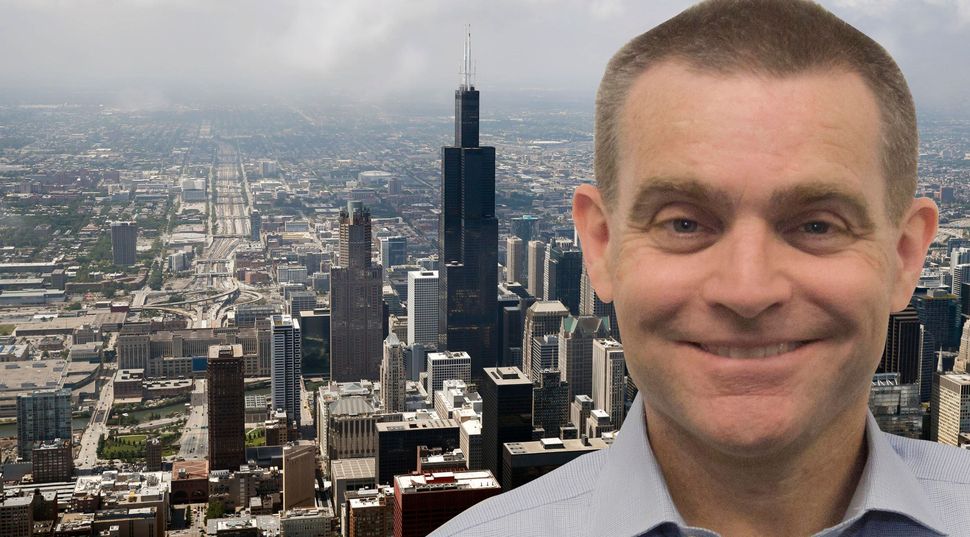 One of the most powerful and well-compensated Jewish nonprofit jobs in the United States just got passed from father to son.

Steve Nasatir has led the Chicago Jewish community for four decades from his office a few blocks from Millennium Park. The Jewish federation he runs gives out more than $200 million each year, and wields an exceptional level of control over Jewish charities in and around Chicago.

This past summer, Nasitir announced that he would be stepping down from the job he’s held since 1979 as head of Chicago’s Jewish federation. Now, in true Chicago style, his son is taking his place.

This is, after all, a city where men named Richard Daley have been mayor for 43 of the last 63 years.

Nasatir’s son, Lonnie Nasatir, is a well-liked local Jewish communal professional, and is the longtime head of the Anti-Defamation League’s regional office in Chicago.

The Forward has learned that a search committee made up largely of former board chairs of the Jewish United Fund / Jewish Federation of Metropolitan Chicago, as the organization is known, selected Lonnie Nasatir, Steve’s son, to succeed Steve as the organization’s next chief executive officer. The selection was confirmed by a vote of the federation’s board on Tuesday evening.

“There was a unanimous determination by the search committee that Lonnie Nasatir was the best candidate amongst a pool of really good candidates,” said Bruce Ettelson, a vice chair of the Chicago federation board. “That recommendation was enthusiastically approved” by the board, Ettelson said.

Ettelson said that the fact that Lonnie Nasatir was Steve Nasatir’s son was discussed by the board, though he declined to share the specifics of confidential conversations. “The determination was notwithstanding that, given that he was the best candidate, [to] pick the best candidate irrespective of the name,” Ettelson said.

The federation president in Chicago is particularly powerful, even by the standards of the largest federations. Through an unusual set of arrangements, the Chicago federation owns and manages the buildings used by the local Jewish charities it helps fund, and all of the campus Hillel organizations in the state.

No other large Jewish federation in the country is quite so centralized. “That gives senior executives a tremendous amount of power and responsibility for the community,” said one official at another Jewish federation.

In one incident in 2012, the JUF fired the entire leadership of the Hillel at the University of Chicago amid a budgeting dispute, leading to condemnations from faculty and an embarrassing public spat.

The Chicago federation and its related organizations paid Steve Nasatir $688,764 in 2016, including retirement payments and other deferred compensation. That makes him one of the top-paid Jewish communal officials in the U.S. The Forward Salary Survey in 2017 listed Nasatir as the third-highest-paid executive of a local Jewish federation in the country.

Given the size of the Chicago federation and the power its structure affords the president, Nasatir’s job is perhaps the most enviable in the federation system. But rather picking a seasoned federation executive, or a high-profile crossover from the corporate world, as other large federations have in recent years, the federation leadership has picked his 49-year-old son.

Today, the top executive of only one of the eighteen largest Jewish federations is a woman. (When Erika Rudin-Luria takes over the Cleveland federation in January, that number will increase to two.)

Lonnie Nasatir has led the ADL’s regional office in Chicago since 2005. He earned $254,000 in that position in 2016, according to ADL tax filings. Previous to that, he was an administrator at the Illinois Department of Public Aid, and an attorney in the child support enforcement division at the Cook County prosecutor’s office. He could not immediately be reached for comment.

“We are absolutely delighted with the stellar qualifications Lonnie brings to this role,” Michael H. Zaransky, who chaired the search committee, said in a statement. “With an exceptional track record as a community leader, Lonnie will bring extraordinary vision, energy and commitment to bear in leading this Federation and our Chicago Jewish community.”