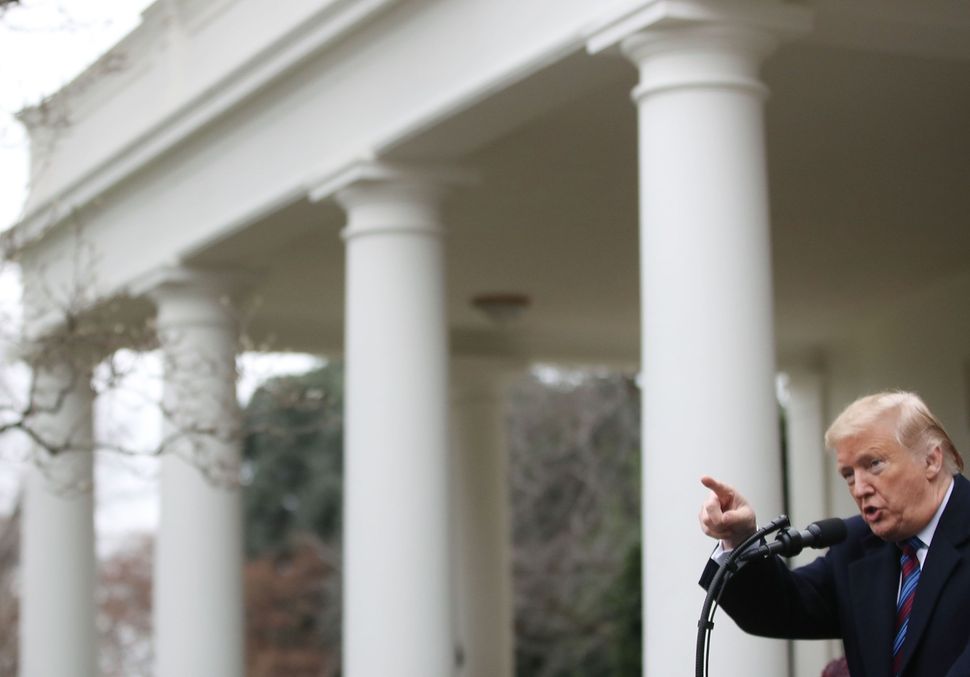 When the federal government shut down in late 1995, leaving federal workers without paychecks for nearly a month, Fran Kritz and her family worried that they could lose their home.

“We had a new baby and a toddler,” said Kritz, whose husband is a federal employee. “We had no extra money. At that point in our lives, we just lived paycheck to paycheck.”

This time around, Kritz says that she and her family will be fine. But the charity she runs, the Hebrew Free Loan Association of Greater Washington, is offering help to federal workers in the situation she was in a few decades ago.

“People talk so cavalierly about this shutdown,” Kritz said. “Whatever party you’re with, you don’t know what kind of havoc it wreaks.”

None of the groups have received any loan requests as of Friday afternoon. But with federal workers set to miss their first paychecks early next week, they’re ready to help.

In a meeting with Democrats on Friday, President Trump said he was willing to keep the government closed for months. Federal employees won’t get paid during the shutdown, though they are likely to receive back pay when the shutdown ends. In the meantime, they’ll still need to pay their bills.

“We are trying to get the word out all over town that we have funds available and we want to try and help,” said Marvin Schrager, a member of the board of the Hebrew Free Loan Society of Austin.

Free loan societies are an old-fashioned form of Jewish charity that offer interest-free loans within the Jewish community. Also known as a gemach in Hebrew, Jewish immigrants to the U.S. created hundreds of the organizations in the late 19th and early 20th century. Today, many remain, though they have been largely supplanted by modern nonprofits that largely rely on government grants to provide social services.

Kritz, the outgoing president of the Washington, D.C. organization, said that her board discussed offering emergency loans for government workers over Christmas, and announced the program on Thursday. An application is available on the organization’s website. They are offering loans of up to $2,000 to Jewish federal employees in the D.C. area, and waiving the usual requirements for a guarantor. They will require the loans to be repaid within two weeks of receiving their pay from the federal government.

“We want them to cover their expenses until their paycheck comes, and then it not to be come an added burden,” Kritz said.

The $30,000 that Kritz’s group is offering constitutes a significant portion of the organization’s assets. Kritz said that the organization has roughly $200,000 loaned out at any given time. She said that its repayment rate is nearly 100%.

Schrager, of the Austin free loan group, said that his organization is also offering loans to both federal employees and federal contractors. “We assess each loan individually and look at their needs,” he said.

The free loan groups rely on recouping their loans in order to maintain their model. In this case, with the federal employees likely to receive back pay as soon as the government reopens, that shouldn’t be a problem. “We lend money,” Kritz said, paraphrasing the guidance she’d been given by her predecessors at the organization. “If we are casual or lax about that, there won’t be money left for the next group.”