Is Michael Cohen Doing Teshuva – Or Just Trying To Reduce His Prison Sentence? 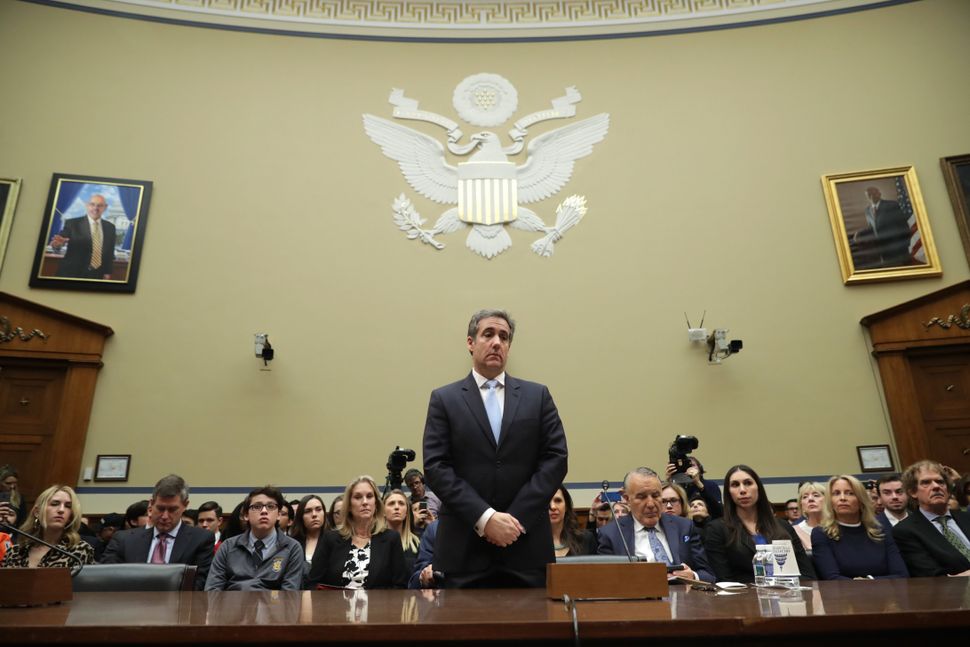 Michael Cohen before testifying before the U.S. House Oversight Committee. Image by Getty

“I have come here to apologize to my family, to the government, and to the American people.”

These words — spoken last week by Michael Cohen before the House Oversight Committee — sound like the supplication of a humbled man, even a remorseful one. They may sway the hearts and minds of members of Congress and some sympathetic American citizens, and help rehabilitate Cohen’s public image. In about thirty months they may ring in the ears of a judge deciding whether Cohen can be released early from federal prison.

But as far as the fate of Cohen’s soul is concerned, there is only one question to ask: Are they evidence of teshuvah?

Teshuvah is the gold standard for seeking forgiveness and redemption in Jewish tradition. It is translated as “returning,” the antidote to committing a chet, or sin, which literally means missing the mark or going astray.

Teshuvah is required of any person who commits transgressions of any level: breaking the law, ethical guidelines, social mores and personal bonds. Certainly Cohen has transgressed in all these ways. He pleaded guilty to lying to Congress; he threatened journalists with legal action; he participated in the silencing of two women; he lied to Melania Trump about her husband’s affairs. In December, he was sentenced to three years in prison for charges related to tax fraud, lying to banks and campaign finance violations.

Cohen was raised as a religious Jew — he attended a yeshiva on his wrist, a talisman strongly associated with Jewish mysticism that is popular with some celebrities. He has called himself an “agnostic Jew.”

And as a Jew, Cohen is eligible for teshuvah. 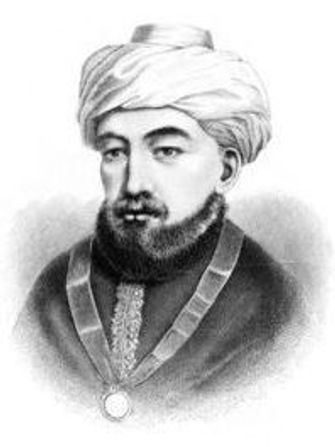 Maimonides, in a portrait from 1744. Image by wikimedia

Modern Judaism’s understanding of teshuvah comes from the medieval giant of Jewish law, ethics and philosophy, Maimonides, also called the Rambam. His book ”Hilchot Teshuva” —“The Laws of Repentance” — outlines a strict path that transgressors must follow in order to achieve teshuvah.

Step 4 (and this was a sticking point for Maimonides): Never, ever, commit the transgression again.

Does Michael Cohen appear to be doing teshuvah?

In voluntary testimony before the House Oversight Committee, he admitted to both specific crimes, such as lying to Congress, and broad wrongdoing over the course of his employment by Donald Trump and the Trump Organization. He notably hammered on Trump’s racism, and spoke to the win-at-all-costs attitude that Trump has displayed on numerous occasions over the past several decades. “Mr. Trump is a cheat,” Cohen told the Committee. “Mr. Trump is a conman.”

“[Y]ou have to make up to those you hurt, and one might say that pleading guilty and stuff like that might to some extent fulfill that,” Lawrence Schiffman, a professor of Jewish studies at New York University, said of Cohen.

In one notable moment of his House testimony, Cohen invoked the fact that his father is a Holocaust survivor.

“He was helped by many who put themselves in harm’s way to do what they knew was right,” Cohen said. “That is why my first instinct has always been to help those in need. Mom and Dad…I am sorry that I let you down.”

In fact, he said sorry to all Americans.

“To our nation, I am sorry for actively working to hide from you the truth about Mr. Trump when you needed it most,” he said.

He didn’t say he would never commit his transgressions again, but he did do something important to Maimonides: He elaborated on the specifics of his illegal and unsavory activites. This can heighten the quality of the repentance, Maimonides wrote.

“Apology needs to be specific about what the wrongdoing was,” said Rabbi Dr. Mira Wasserman, the director of Reconstructing Judaism’s Center for Jewish Ethics. “I heard a lot of specificity in the testimony.”

But is it really teshuvah?

Cohen’s testimony raises questions, too. Is he really interested in teshuvah, and redemption, or instead in amassing evidence that he should eventually be considered for early release? (He’ll be eligible for early release 30.5 months after his time in prison begins.) Teshuvah experts say that, from the point of view of an observer, the one cannot really be extricated from the other.

There’s also the fact that Cohen confessed his lies only after being ensnared by federal investigators.

“I think the way that everything unfolded lends itself to skepticism about the purity of intention,” Wasserman said.

There is also no way to know now whether Cohen will pass the ultimate test of teshuvah: being presented with the option to commit the old transgression and choosing not to.

But experts say that the success — or existence — of a person’s teshuva journey is not only out of our hands, but beyond what we can reasonably hope to confirm.

“Essential to the notion of teshuvah is the fact that no outsider can really judge whether it’s happening or not,” said Wasserman.

Teshuvah is an interior process, that depends on the personal transformation of the transgressor after all the public acts of accountability have been completed. And, perhaps most importantly, it is about the transgressor’s relationship to God — something beyond the purview of the people questioned for this article.

“I’m not gonna speculate about Michael Cohen’s relationship with the Holy One, Blessed Be He,” said Elizabeth Shanks Alexander, a professor of Jewish studies at the University of Virginia who teaches Jewish ethics.

It’s possible Cohen does have God on the brain. In September, Cohen was spotted praying with Reverend Al Sharpton at a breakfast spot on Manhattan’s Upper East Side. Sharpton said that Cohen asked him to pray. Cohen did not mention God at his first testimony before the House Oversight Committee — though he was wearing that red thread.

What’s in it for us?

While Cohen is reckoning with his actions, maybe we can briefly reckon with ours: Where does our interest in Cohen’s teshuvah come from?

The Talmud says that, far from playing a guessing game as to whether someone is seeking teshuvah, we should assume that they are, according to Schiffman.

Part of our interest in Cohen’s teshuvah has to do with the intellectual game of applying Jewish concepts to political life, Wasserman said. But thinking about Cohen seeking teshuvah can also restore our faith in humanity in a way that the criminal justice system rarely does.

“We don’t really have an American civic language for restoration, wholeness, healing, redemption,” Wasserman said. But, she added, “We have a Jewish language for that.”

But there may something more sinister at play, according to Jonathan Crane, a professor of Jewish ethics at Emory University.

Crane argued that Jews who see Cohen’s testimony as evidence of teshuvah are ascribing Jewish meaning to a man who does not appear to have made Judaism a central part of his life, who committed crimes that have nothing to do with the Jewish community. Musing about Cohen’s teshuvah is tantamount to playing identity politics, Crane said: We are worried that Cohen’s actions will reflect negatively on Jews, so we parry that by imagining that he is on a very Jewish, very positive journey for redemption.

“We have seen in certain years how divisive identity politics has become,” Crane said. “We should be thinking of ways to dissipate that, rather than inflame it.”

At the end of the day, the experts agreed that achieving teshuva is a longer journey than can be glimpsed over the course of two hearings. It can take years. It can take a lifetime.

“He’s gonna go to shul on [Rosh Hashanah](https://forward.com/schmooze/320610/rosh-hashana/ “Rosh Hashanah”) and Yom Kippur,” said Alexander. “It’s up to him what he does there.”

Of course, if Cohen does go to shul this fall, it will be behind bars. His prison is known for its Jewish amenities, like a full-time rabbi, a kosher kitchen and Shabbat services every week.

Is Michael Cohen Doing Teshuva – Or Just Trying To Reduce His Prison Sentence?