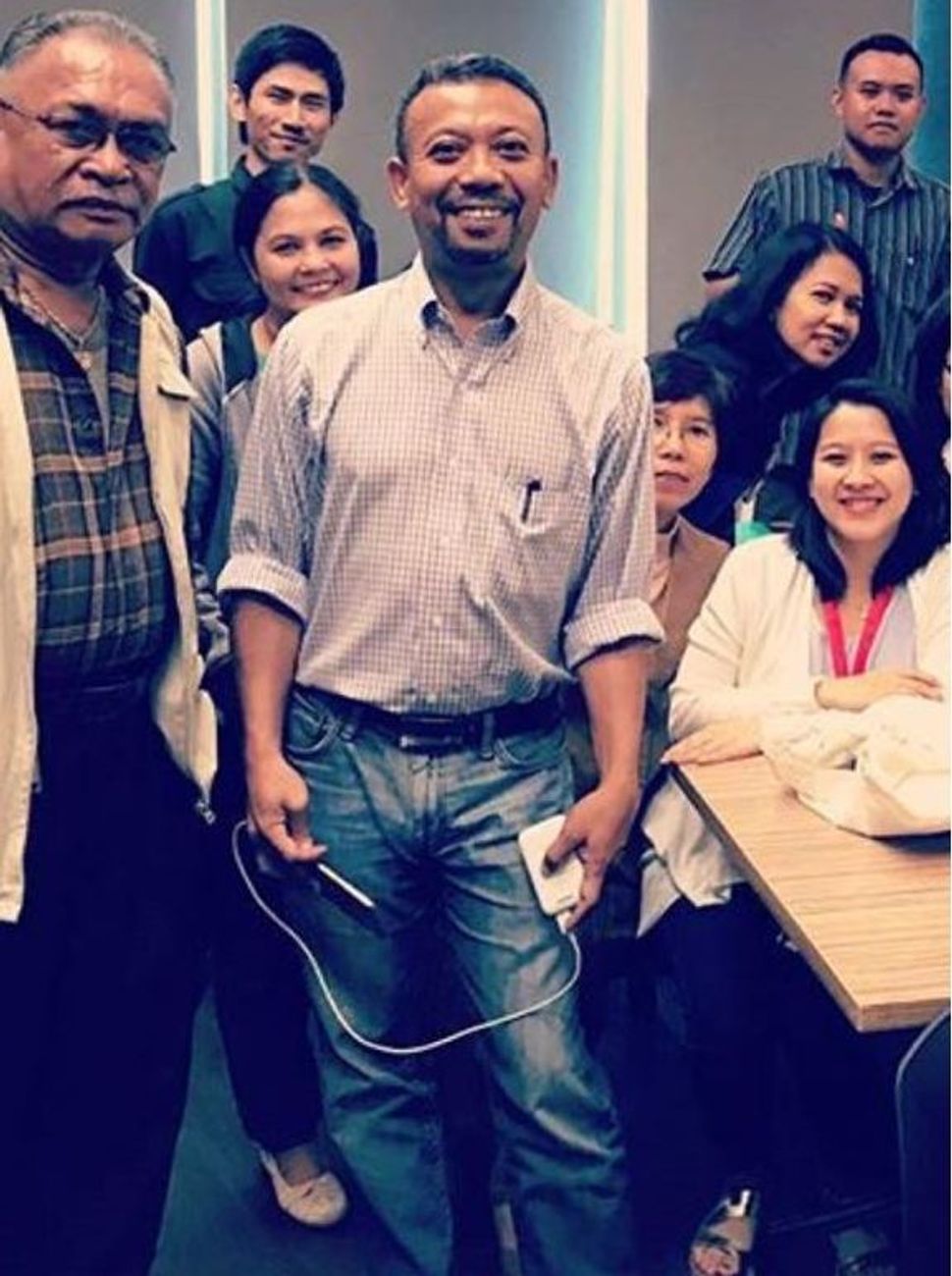 Sapri Sale with his Hebrew students.

If Sapri Sale is like anyone you know, it’s probably Uncle Albert, the gravity-defying character in “Mary Poppins” who loves to laugh long and loud and clear. In his effervescent way, Sale, an Indonesian-born Muslem, announces that the first printing of his Indonesian-Hebrew/Hebrew-Indonesian dictionary — a project ten years in the making — sold out in 2018 less than a year after publication. Despite pushback from political adversaries, he himself uses a copy of Milon Ha-rishon in his Jakarta-based classes to teach biblical and conversational Hebrew.

Sale (pronounced SAH-LEH) becomes serious, though, when he talks about the challenges he faced in compiling his [Hebrew dictionary.] His biggest one came when deciding how best to translate Hebrew into Bahasa, Indonesia’s official language, and Bahasa into Hebrew. No dual language references existed before Sale’s dictionary. Moreover, Sale’s own Hebrew is largely book-learnt and non-colloquial, and capturing nuance was complicated.

Undeniably useful was his fluency in Arabic. Indeed, as he discovered, Arabic and Hebrew closely resemble Bahasa in tone and cultural orientation.

“Take the word we know in English as ‘charity,’” Sale says. ‘It implies a voluntary act of generosity. By contrast, the Hebrew ‘tzedaka,’ which English-speaking translators call ‘charity,’ actually indicates a mandatory religious obligation to donate money no matter what your financial situation is. The comparable words in Arabic and Bahasa? They’re closer to ‘tzedaka’ than ‘charity.’”

The love of Hebrew begins in Cairo

Sale, who has held jobs in the United Nations diplomatic corps and the Indonesian airline industry, says his own attraction to Hebrew and Jewish life began in 1992 at Cairo’s Al-Azhar University where he studied Arabic literature. “Everything I read in school was anti-Jewish and anti-Israel,” Sale says. “But painting an entire group of people as bad made no sense to me. I had learned about the Arab world by studying Arabic, and I decided to learn about Jews and Israel by studying Hebrew.”

He managed to borrow a second-hand Hebrew grammar book from a friend.

“And wow!” he exclaims. “The pronouns and syntax alone made Hebrew and Arabic ‘twin sisters.’ I thought, ‘Maybe I can promote peace by making a connection between Hebrew and Bahasa, which contains many Arabic words.’”

In 2005, while working and living in the U.S., Sale stumbled upon another Hebrew education opportunity with eTeacher, an online Hebrew language program. One of Sale’s Israeli teachers facilitated a virtual meeting between Sale and an Egyptian student named Mohammed. The two became friends and study partners, meeting via Skype every Saturday to read Torah together. Sale eventually lost track of Mohammed, but he continues to advance his Hebrew comprehension by reading Israeli newspapers and watching Hebrew-language videos on YouTube.

Sale also fine-tunes his skills by teaching Hebrew three times a week. His students meet in a building that houses the Indonesian Conference on Religion and Peace, a fraternal organization founded by Gus Dur, Indonesia’s fourth president (1999-2001). Most of Sale’s students have an hour to kill between the end of their working day and the beginning of class. But what’s an hour to motivated students who tell Sale they waited ten years for him to complete his dictionary?

“After a lifetime of anti-Jewish propaganda, many of my students have preconceived political ideas about Israel and Jews,” Sale says. “At the same time, they are intelligent people, mostly professionals, businessmen, government officials and intellectuals, and they enroll in my classes because they are curious about Torah and Israeli culture, especially as regards literature and hi-tech. Speaking for myself, I have been interested in Hebrew for about a hundred years!” He peels off an exuberant laugh. 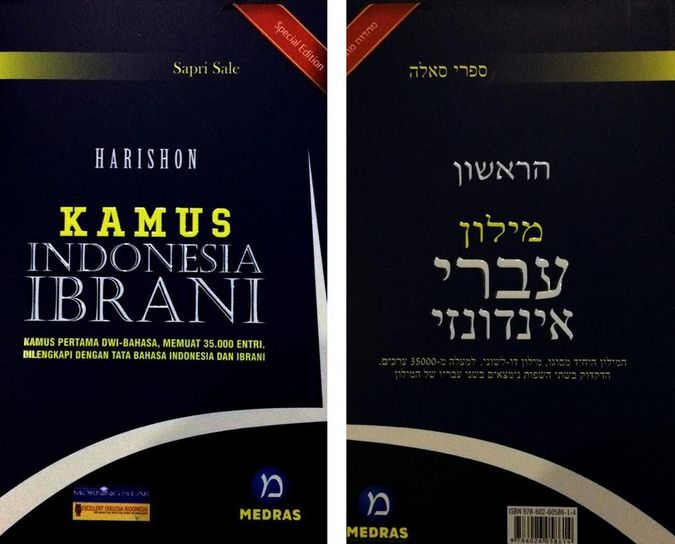 Sale says in earnest that studying Hebrew changed his life.

“I am a little bit famous in Jakarta for being the teacher of Hebrew,” he says. “I have ‘value-add’ because I am willing to say openly that Hebrew is a beautiful language.”

Celebrity alone, Sale concedes with a self-deprecatory laugh, was never his goal.

“How many times did people tell me, ‘Nobody will read your dictionary. Nobody will learn Hebrew in this country.’ But one day Indonesia and Israel will need a way to speak to each other. Maybe not in my generation, but in ten years or twenty. Through my dictionary and my Hebrew classes, I have built a bridge that will facilitate a relationship between the only Jewish nation in the world and the country with the world’s biggest Muslim population. I’m blessed to have accomplished something that people told me was impossible.”

Barbara Finkelstein is a regular contributor to the Forverts. She is at work on a book about mental illness and housing in the Bronx.