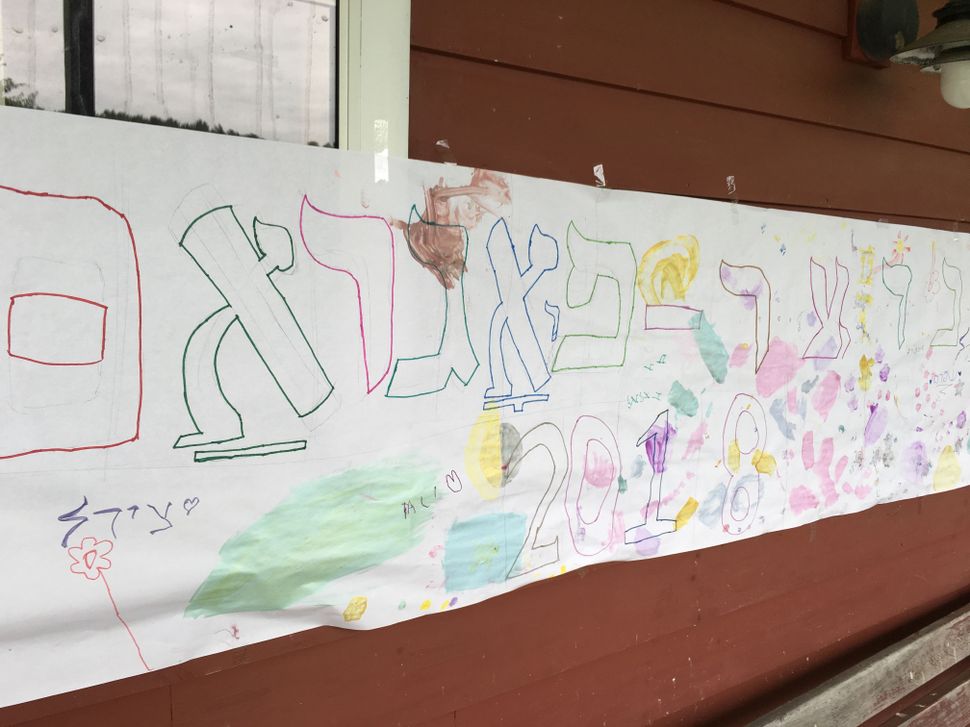 Image by Courtesy of Yugntruf

Three generations ago, before the Holocaust decimated European Jewry, tens of thousands of students studied at more than a thousand secular Yiddish elementary schools dotted across Eastern Europe.

Today, there is only one secular Yiddish school in the world, and it’s in south Australia.

Next year, that could change, and in a dramatic way: Secular Yiddish education might be coming to a New York City public school.

A member of the New York City Council, Mark Levine, is proposing the creation of a dual-language Yiddish-English program in a New York City public school starting in the fall of 2020. The students would spend half of their day learning in English, and half learning in Yiddish.

The plan is at its earliest stages. But it’s already making waves in secular Yiddish circles, where activists see it as potentially transformative.

“For those of us who hope to raise kids in Yiddish, or for those who already are, this could be a tremendous, tremendous help,” said Sandy Fox, host of the Yiddish feminist podcast Vaybertaytsh, who is supporting the effort.

Though New York City is a world center of Yiddish, with nearly a hundred thousand people who speak the language at home, most of the speakers are ultra-Orthodox Hasidic Jews. While scores of Hasidic schools teach classes largely in Yiddish, for non-Hasidic Yiddish speakers who want their kids educated in the language, there are no options. The non-Hasidic Yiddish community is small, relative to the Hasidic Yiddish world, clustered around a handful of academic and cultural groups. Infused with new energy in recent years by graduates of academic Yiddish programs, the community is seeking new ways to maintain and grow its culture.

A Yiddish dual language elementary could have a transformative effect, activists say.

The program would be unique in the Americas. The only non-Hasidic Yiddish-speaking school in the world is in Melbourne, Australia, activists say. Most Jewish day schools in America don’t offer Yiddish at all. And while some in Canada, Mexico, and Argentina do teach Yiddish, they don’t offer immersive language training, according to Sarah Bunin Benor, a professor of contemporary Jewish studies at Hebrew Union College-Jewish Institute of Religion.

“It would certainly have a positive effect for the Yiddishist movement,” Bunin Benor said of Levin’s proposal. “It would raise the profile of Yiddish — it would indicate to the world that Yiddish was of interest not only to Haredi Jews, but also to some non-Haredi Jews.”

The community of secular Yiddish speakers is small enough that even a single class a year of students learning fluent Yiddish could have a significant impact on the community’s growth.

“In terms of non-Hasidic Yiddish speakers, that’s really, really meaningful growth over time,” Fox said. “It’s not that there are so few of us. But nevertheless, it’s very meaningful.”

Levine, who represents parts of upper Manhattan and chairs the City Council’s Jewish Caucus, brought the idea to the secular Yiddish activists just in the past few months. “Like all Jewish kids of my generation, I grew up hearing Yiddish from my grandparents, and it’s in my DNA,” Levine told the Forward. “It’s in the DNA of just about every New Yorker of every ethnicity, because of the history of the city.”

Levine said that the idea came, in part, from spending time in Williamsburg, where Yiddish is the language of the street, and in part from the younger activists seeking to preserve the secular Yiddish tradition.

“I’ve been inspired by young activists who are looking to keep this language alive, and keep its literature and theater and culture alive by passing it on to the next generation,” Levine said.

“It was just incredible to be in a room of people who have such love for the Yiddish language, [and] who are dedicated to passing on this treasure to their own children,” Levine said.

The program would start with a single kindergarten classroom inside of a preexisting public school, likely in uptown Manhattan, in the fall of 2020. It could add a grade each year as the students age. Students would spend half the day studying in English and half the day in Yiddish.

The city’s Department of Education already offers hundreds of similar dual language programs in public schools across the city, in more than twenty languages, including Urdu, Polish, Albanian, Russian, and Spanish. There is currently no Yiddish option. “Because of the immersion, they become a native speaker fluent in both languages,” Levine said.

In order for the Yiddish program to work, the school would need at least twenty children per class. Levine is confident that they will be able to recruit the families. He said the school would only need one Yiddish-speaking teacher the first year, and would likely be able to get a qualified teacher certified in time.

It’s unlikely that Yiddish-speaking Hasidic Jews would send their children to the program. As a public school, the curriculum will have no religious content, and must be entirely secular.

That’s not a drawback for many of the secular Yiddish activists, who recall an era, just a few generations ago, when New York was a world center of secular Yiddish culture.

“This city is the Yiddishland of the world,” Fox said. “It’s very fitting.”