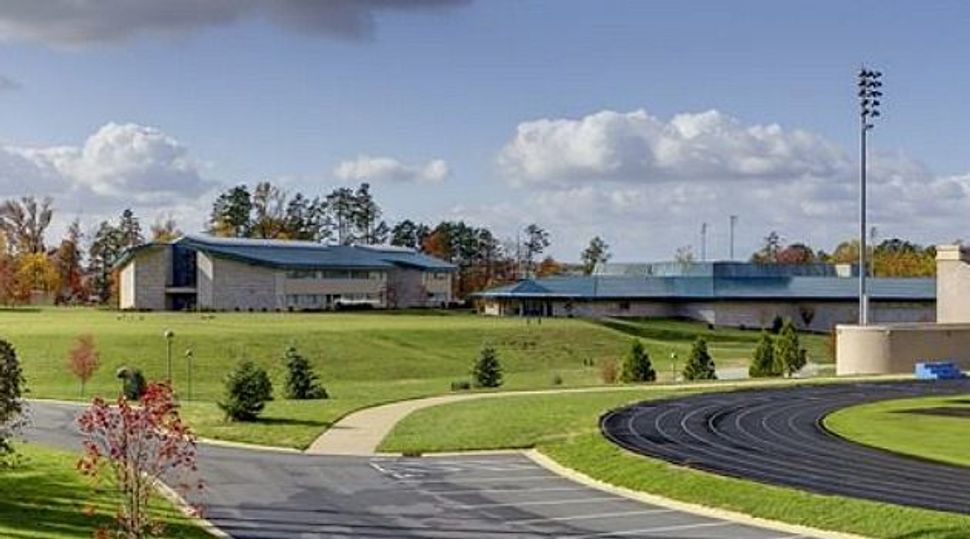 The American Hebrew Academy, a prestigious and ambitious Jewish boarding school in North Carolina, abruptly announced its closure Tuesday morning, surprising its students and leaving its faculty without jobs.

The closure was announced in an email signed by both the AHA’s chief executive and the chairwoman of the board. The email was notification to most of the employees of their termination, effective Wednesday, and said that final checks would be paid on Friday.

“The American Hebrew Academy began as a dream, it was a dream fulfilled for 18 years, and it is a dream that must, unfortunately, come to an end,” the email read.

The closure left faculty and students in shock, and forced to find new schools and jobs in less than three months. But the school had been unable to reach a level of enrollment that could have offset the costs of maintaining its spacious grounds and modern facilities.

“It was a very impressive and well established institution, which lent the illusion that they would always be able to find solutions and keep the doors open,” said David Feder, the co-dean of Jewish life at AHA from 2009 to 2015.

AHA’s campus occupies 100 leafy acres in Greensboro, North Carolina. It was built from scratch with $100 million from Maurice “Chico” Sabbah, an insurance magnate, who initially set out to create a day school for the Jewish community of Greensboro. By the early 2000s, the school grounds were home to a large athletic center, fields for football, soccer and baseball, enough dormitory buildings to house 800 students and a state-of-the-art geothermal energy system, which uses water from several hundred feet below the ground to heat and cool the school.

The school catered to many different styles of Jewish observance. It maintained a kosher kitchen, but recruited students from across the spectrum of Jewish observance, and often had multiple Sabbath morning services. A 2012 JTA story listed such courses as Holocaust and Human Behavior, Basics of Fashion and Costume Design and Kabbalah and Jewish Mysticism.

The elite school was out of reach for many students. JTA reported that in 2011 the school turned away 23 students who had already been accepted because they could not afford the tuition, and because there was no more scholarship money. Tuition for boarding students was $42,000, according to Niche.com, and about half that for local students who lived at home.

“AHA was a beautiful and visionary idea,” Dr. Jonathan Krasner, a professor of education at Brandeis University, said in an email. “But the idea of a Jewish boarding school was always something of a longshot. Jewish helicopter parents are reluctant to send their kids to boarding school. The location also did not help.The school was attracting kids from overseas but apparently, not enough.”

AHA students have reacted with shock, sadness and nostalgia to news of the closing.

“I have had text messages from several people asking me if I’ve heard, it’s like an old friend has died and we all are mourning the loss,” Zoe Watch, a student at Reed College who graduated from AHA in 2015, wrote in a message to the Forward. Watch noted that she had never heard any talk of the school closing.

Watch came to AHA after two years in a public high school in her hometown in Nebraska. She said that AHA was a haven from anti-Semitic incidents at her old school.

Sofia Sabet, who graduated from AHA last month, said that she was only somewhat surprised to learn that the school was in financial dire straits. She said she had long been concerned that there was a growing gap between what the school was taking in and what it was spending.

“When I see that there’s 150 kids, and there’s maximum 13 per class, it doesn’t make sense,” she said. “There’s so many teachers, we have so many workers on campus, half the students are on scholarship. Even if you’re paying the $45,000 tuition, it’s not gonna cover everything.”

Sabet started a GoFundMe page ostensibly to “save” AHA. But she conceded that the school would need far more money than her campaign could raise, and pledged to give whatever they get to teachers who will need assistance as they look for new positions. As of Tuesday afternoon, the GoFundMe had raised a little over $1,200.

The school does not appear to have telegraphed any concerns about it financial wellbeing. In a 2017 article for eJewish Philanthropy, Glenn Drew, AHA’s chief executive, boasted that they had increased enrollment by 7% over the previous year. The article argued that Jewish private schools should not be expected to support themselves, and inherently require generous philanthropic support.

“It is unlikely that the Academy will ever be totally self-sustaining without philanthropic support,” Drew wrote.

According to the most recently available tax filings, the school received nearly $3 million in donations and grants in the 2015 fiscal year. In 2016, that dropped to about $400,000. Drew did not respond to an emailed request for comment.

The school faced financial limitations from the get-go. Maurice “Chico” Sabbah, the founder, initially provided over $100 million to the school, which went towards covering building costs, and he also paid the full tuition for the first 77 students.

Yet Sabbah’s original plan was to donate $500 million, according to Feder — until his company got caught up in major lawsuits following the September 11th terror attacks. Sabbah’s Fortress Re, a reinsurance company, was responsible for the insurance pool that included the four planes used in the attacks. When the company could not come up with the full $2.5 billion payout, insurance companies in the pool sued, and accused Sabbah and his business partner of skimming cash from those insurance companies. (The suit was settled in a $400 million agreement.

But the insurance companies suing Sabbah also went after AHA, claiming that the $100 million Sabbah gave to the school was wrongly diverted from Fortress Re. The suit was settled in 2005 for an undisclosed amount.

A 2003 JTA article about AHA noted that “some Greensboro Jews wonder privately about the academy’s financial security.”

But Sabbah told the reporter that he had “enough money in the academy’s name and in charitable foundations’ names to cover operation of the school for at least 10 years, and for construction for the next few years.”

Feder, the former dean, noted that the difference between what Sabbah actually donated to the school and the planned half a billion dollars “could have covered the shortfalls every year of the school.”

Sabbah died in 2006 at the age of 77. His daughter, Leeor Sabbah, is the chairwoman of AHA’s board. Sabbah Inc., the family’s foundation, did not immediately respond to an emailed request for comment.

In the early 2010s, the school began to transition to courting more international students, and began referring to itself as an “international” school. Feder said that this was ultimately part of a plan to focus more on wealthier international families, including non-Jewish ones, who could afford to pay full tuition.

AHA wasn’t the only day school struggling to fill its classrooms and cover costs. Jewish schools across the country that cater to liberal families have seen dwindling enrollment for years, as have independent schools in general since the 2008 financial crisis.

But AHA may have had some problems peculiar to its geography and relative youth as an institution. Dan Brown, the founder of eJewish Philanthropy, noted in an email that because AHA was less than two decades old, it would not have a robust alumni base for donations, and that it was not located in a major city with a federation that could provide anything more than “token” funding. (The Greensboro Jewish Federation gave the school $36,525 in 2015.)

Now, the legacy of the school is in the hands of its alumni, who are reeling from the news of its closure. Many former students have written impassioned posts on social media, attesting to the profound effect the school had on their academic careers, their Jewish lives and their social circles.

Sofia Sabet said she had thrived in AHA’s student-focused environment, and loved all the one-on-one time she received from teachers.

Starting at AHA as a junior, she said, “I had never touched a robot in my life, and I left being president of the majority female robotics team. That’s the beauty of AHA.”