Do The Orthodox Feel Adequately Supported By Other Jews After A Violent Attack? 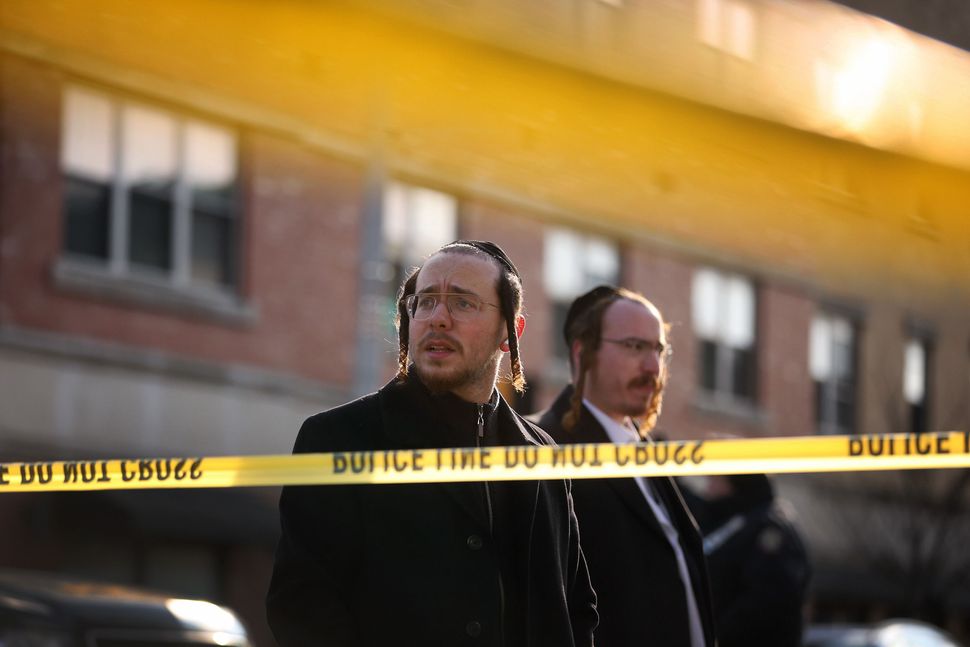 Members of the Jewish community gather around the JC Kosher Supermarket on December 11, 2019 in Jersey City, New Jersey. Image by Rick Loomis/Getty Images

Amid the mourning and sorrow in the aftermath of the attack on a kosher grocery store in Jersey City, some Jews felt something else: The sense that attacks on Orthodox Jews don’t garner as much sympathy from their non-Orthodox brethren.

Few seem to care about the attacks on Jews in Brooklyn. Why? The Jews being attacked (killed in JC) are ultra-Orthodox/ Chasidic.

While many Orthodox Jews expressed satisfaction with the shows of support and solidarity they’ve received after the attack on the JC Kosher Supermarket, a hub for the city’s growing Orthodox community, others wonder whether an empathy gap persists.

“The Orthodox are the Jews’ Jews,” said Rabbi Yaakov Menken, the managing director of the Coalition for Jewish Values, a group of Orthodox rabbis. “There’s definitely been all sorts of deprecating comments within the Jewish community about how Orthodox Jews bring it upon themselves. Which is exactly what non-Jews say about Jews in general.”

Many cite the wave of assaults on Orthodox Jews in Brooklyn, which they claim did not receive appropriate media coverage or governmental resources for months. One community member told the Forward in February that the lack of attention had made them feel “invisible.”

After the Jersey City shooting, Jewish organizations across the political and denominational spectrum issued statements of condemnation. The reaction appeared similar to the aftermath of attacks in Pittsburgh, which targeted a Conservative synagogue, and Poway, California, where the target was a Chabad house that was run by Orthodox rabbis but welcomed people of varying levels of observance.

Menken said that he didn’t see any distinction between Jewish groups’ reactions to the three events. However, he claimed that non-Orthodox Jews were slow to react to the wave of anti-Semitic assaults in Brooklyn – perhaps, he theorized, because the attacks couldn’t be blamed on white nationalists.

Rabbi Eli Cohen is the leader of the Crown Heights Jewish Community Council, an organization that represents Jews in a Brooklyn neighborhood with a large Orthodox population that has seen several beatings. He said that he was satisfied local non-Orthodox Jewish organizations’ responses to the attacks.

“We have seen tremendous support from the Federation, from ADL, from JCRC – the organizational response to Crown Heights has been amazing,” he said, adding that the major Reform temple Central Synagogue had sent a donation to help them install additional security measures.

He said he felt much more empathy from such groups than 25 years ago, when the Orthodox Jewish community felt “under siege” in the wake of the Crown Heights riots, among other factors.

Still, he said, he sometimes senses that some non-Orthodox Jews consider themselves distant from their religious brethren. “If a secular Jew says to me, ‘Condolences on what happened,’ I’m saying to myself, ‘That’s a very beautiful statement, but it sort of says that it happened to me and not him.’ It happened to all of us.”

Menken said that the politicization of anti-Semitism could be affecting people’s reactions. He pointed to the recent reaction to The New York Times’s erroneous report claiming that an executive order from President Trump would categorize “Jewish” as a nationality, which caused many on social media to worry that it was a harbinger for deportation. (In fact, the executive order reinforced the Obama and George W. Bush administrations’ recommendations that Jews should be protected in an anti-discrimination law that doesn’t specifically mention religion, and offered a definition of anti-Semitism to consider when adjudicating discrimination claims).

“I definitely do feel that some have politicized anti-Semitism to the extent that they can no longer be neutral about it and judge anti-Semitism in an apolitical fashion,” he said.

Besides, he added, even if Jews decide to make distinctions between themselves, “anti-Semites never do.”

Do The Orthodox Feel Adequately Supported By Other Jews After A Violent Attack?