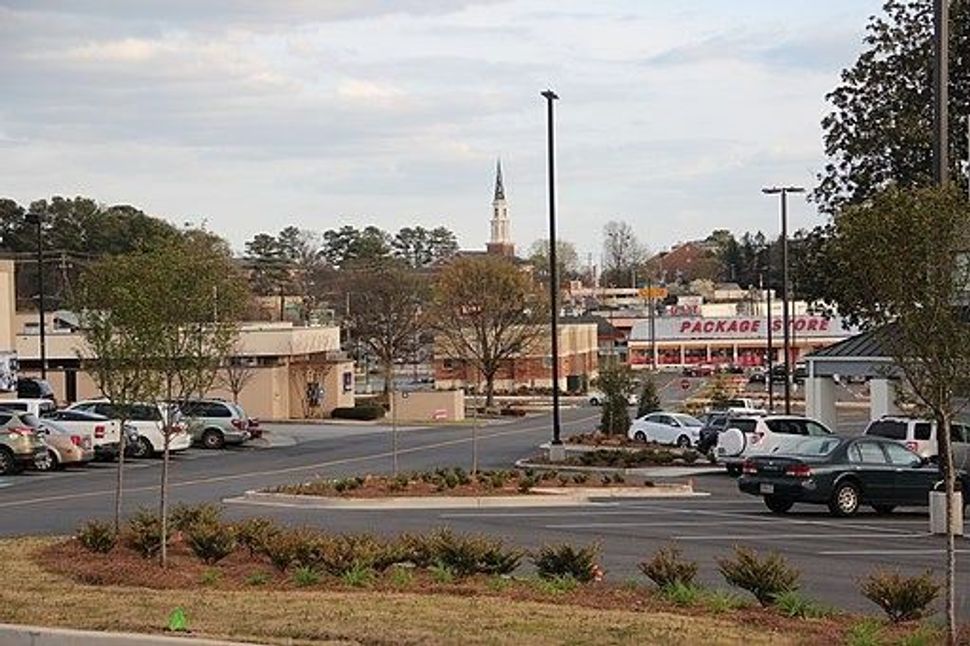 On Monday, the Atlanta Jewish Times published an article about a flyer — featuring swastikas, a rat adorned with a Star of David and language denying the Holocaust — supposedly distributed in the city’s Orthodox neighborhood. On Tuesday, the story was debunked. And as Shabbat approaches, the community is left with a cautionary tale about how easily misinformation can multiply in an atmosphere of heightened fear.

The original story was shared through social media 59,000 times — six times the maximum number of shares ever seen by the paper, according to the editor. Other media outlets picked it up, including The Atlanta Journal-Constitution, the Jewish Telegraphic Agency, the Jerusalem Post and local television stations. The flood of reports about Atlanta followed another outpouring — about the stabbing of five Orthodox Jews at a Hanukkah party in Monsey, New York, on Saturday.

“Anti semitism everywhere I go,” wrote a native New Yorker who now calls the Atlanta area home, when she shared the original article on Facebook. “Oh G-d, please make it stop!” wrote another in a different posting’s comment thread. “This is unacceptable!” said a third.

So what happened, and why?

According to a police report, late on December 18 or early on December 19 an anti-Muslim flyer was placed on the car windshield of a resident in Toco Hills, the Orthodox neighborhood of Atlanta, a city with a Jewish community of about 120,000 people. The leaflet claimed that Islam allows men to rape women and throw acid in their faces, and it featured images of women who’ve been attacked. (Police say they don’t understand why such a flyer would be left in a Jewish neighborhood.)

On December 20, the deputy director of community-wide security at the Jewish Federation of Greater Atlanta sent an e-mail alert to communal leaders who serve on the security committee. It shared images of two flyers — one of the anti-Muslim pamphlet, the other of the anti-Semitic pamphlet — and said the flyers were being “spread across the community particularly the Toco Hills area.” It asked committee members to report any information to the police’s Homeland Security unit.

The alert included a warning not to share the information, but at least one person leaked it. When a freelance journalist for the Atlanta Jewish Times investigated, the Federation’s deputy director for security told him that the flyers were real and had appeared on cars and near homes. (Disclosure: The journalist, Dave Schechter, is a former colleague of this reporter.)

“From a journalistic standpoint, I think we did a great job at reporting the information that was given,” said Kaylene Ladinsky, the paper’s managing publisher and editor. “But I was very surprised by the amount of traffic and circulation of the story.”

Upon further investigation, however, officials realized that in fact the anti-Semitic flyer was a historical document that a community member had acquired while studying the history of antisemitism and Holocaust denial, wrote Dov Wilker, a regional director of the American Jewish Committee, in a statement issued Tuesday and backed up by the Federation.

Another community member saw the document, reportedly thought it might be connected to reports of an anti-Muslim flyer appearing in the neighborhood, grew alarmed, took a photo and passed the image along to someone else. That recipient then forwarded the image, as well, and it landed in front of the Federation’s deputy director of security.

“The story regrettably took on a life of its own,” Wilker wrote.

In an updated story published by the Atlanta Jewish Times on Tuesday, the paper reported that it had “learned of information that cast doubt on the original information received by the deputy director of community-wide security.”

The editor, Ladinsky, said the paper was glad to set the record straight but regretted that the incident involving the anti-Muslim flyer, which the paper included in its story, was now being overshadowed by the misunderstanding within the Jewish community.

The DeKalb County Police Department, which serves Toco Hills, confirmed that while it is investigating the appearance of an anti-Muslim flyer, it never opened an investigation into these anti-Semitic flyers.

That the story stirred up attention should not come as a surprise, some community leaders said Thursday.

“Especially in today’s environment, we take all information we receive seriously,” said Eric Robbins, president and CEO of the Jewish Federation of Greater Atlanta. (Disclosure: Robbins and this reporter are in the same community of friends that gathers for occasional dinners and celebrations.)

That possibility anti-Semitic flyers might appear is not as farfetched as it once was, she said.

Indeed, the distribution of leaflets containing this sort of propaganda – “a tried and true tactic of hateful groups and individuals” – went up nationally by 182% between 2017 and 2018, Padilla-Goodman said. And beyond flyers, she added, Georgia has had its share of synagogues being vandalized, Jewish students being bullied, and swastikas appearing in schools.

Where and when these flyers were supposedly distributed also raised the stakes, she continued. The anti-Semitic assaults making national headlines are hate crimes, which “are designed to make entire communities feel isolated, fearful, angry and alienated,” she said. Since most of the recent targets have been members of the Orthodox community, who often appear obviously Jewish, community members in Toco Hills are feeling “particularly vulnerable.”

That may be true, but the fact that this particular story went as far as it did is of grave concern to some others, including Rabbi Adam Starr of Congregation Ohr HaTorah, a Modern Orthodox synagogue in Toco Hills.

“Unfortunately, like the famous story of the rabbi cutting open the pillow with the feathers flying away, it will be impossible to get this story completely back in the pillow after it’s been spread so widely,” he said in a written statement. This ongoing story has created “unnecessary fear based on events that did not occur.”

The updated story has gone largely overlooked, which is exacerbating Starr’s frustration. As of Thursday evening, it had only received 1,700 shares — a paltry 3% of the original buzz.

Deborah Lipstadt, a Holocaust history professor at Emory University and author of “Antisemitism: Here and Now” is a resident of the Toco Hills neighborhood and a congregant of Starr’s. She shares her rabbi’s dismay.

“I don’t know whether there are more anti-Semites today than there were 5 years ago,” she said in an email message, “but the societal guardrails, the mores that kept people from doing things like drawing swastikas, knocking hats off of people in Chassidic garb, … massacring people in a shul are down and people feel freer to act their hateful sentiment.”

For this very reason, it’s important for anyone concerned about these matters to be very careful: “The last thing we need right now is a chicken-little syndrome,” Lipstadt added. “We have enough problems. We don’t need to create non-existent ones.”

Jessica Ravitz, a longtime senior writer for CNN Digital, is now a freelance journalist based in Atlanta. Find her at her website.

Clarification, January 3, 9:30 a.m.: An earlier version of this article had a headline which stated that the Atlanta Jewish Times article had been debunked when in fact the security alert that the article was based on was false.