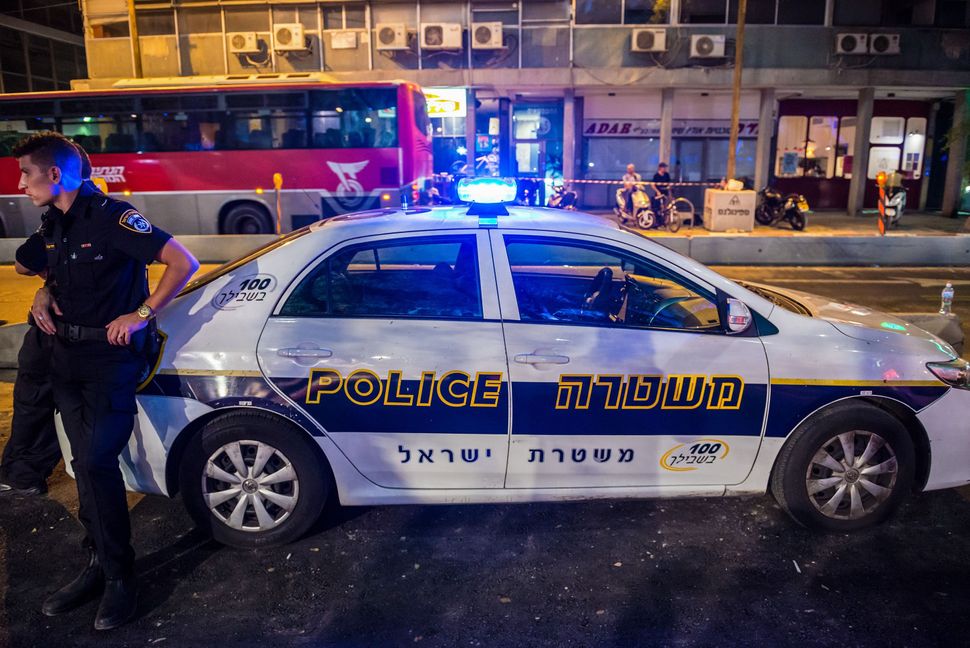 Tel Aviv, Israel - October 18, 2015. Police officer stands next to police car on the street in Tel Aviv Image by iStock

An American rabbi who fled to Israel ten years ago after being accused of sexually abusing female relatives was arrested by Israeli police on Sunday, according to Israel’s Justice Ministry.

Jewish Community Watch, a watchdog organization that tries to combat child sexual abuse within the Orthodox Jewish community, identified that man as Rabbi Gershon Kranczer, a former principal of a Brooklyn yeshiva. An American law enforcement official who has direct knowledge of this case also independently confirmed Kranczer’s identity to the Forward.

“We have been shocked at the horrific, drawn-out process that the victims have been forced to endure, all the while facing denial and ambivalence from so many in their community,” Jewish Community Watch said in a statement on Tuesday. “The authorities in both the U.S. and Israel have much to answer for, in allowing this case to drag on for so long.” The group also thanked Israeli police and intelligence for their work on the case.

The arrest came after a five-year search by Israeli authorities trying to comply with an American extradition request, according to a statement from the Justice Ministry.

In Israel, the name of the suspect is under a gag order; Israeli media publishing reports about the arrest but are barred by law from including his name. But the details of his story — his abuse of underage female relatives in his Brooklyn home from 1996 to 2004, the opening of the investigation in Brooklyn in 2010, and his escape from the U.S. to Israel — match those of Kranczer exactly.

The abuse, which allegedly went on for many years, was exposed when one of the victims told a coworker about it, Reuters reported in 2010. The co-worker then reported it to the authorities.

Then-Brooklyn district attorney Charles J. Hynes opened an investigation, but shortly before the police planned to arrest him, Kranczer escaped — possibly due to a tip-off, the New York Times reported at the time. “His wife drove him to the JFK airport, and he flew to Israel,” according to the Justice Ministry.

Since then, the suspect had been illegally residing in Israel, according to the Justice Ministry. He’d never officially immigrated, nor did he have a residency visa. The Brooklyn district attorney requested Kranczer’s extradition in 2012, according to the American law enforcement official. In their statement this week, Israel’s Justice Ministry said that authorities had been searching for Kranczer since 2015, and arrested him in southern Israel.

Kranczer’s arrest comes amid news that an Israeli psychiatric panel found that Malka Leifer, a former Jewish school principal who is wanted in Australia on sex abuse charges, is fit to stand trial. Leifer’s claims of mental illness had delayed her extradition to Australia.

According to Jewish Community Watch, Leifer and Kranczer are two of among 65 alleged abusers, most of whom are Orthodox, who have fled to Israel in the last two decades.