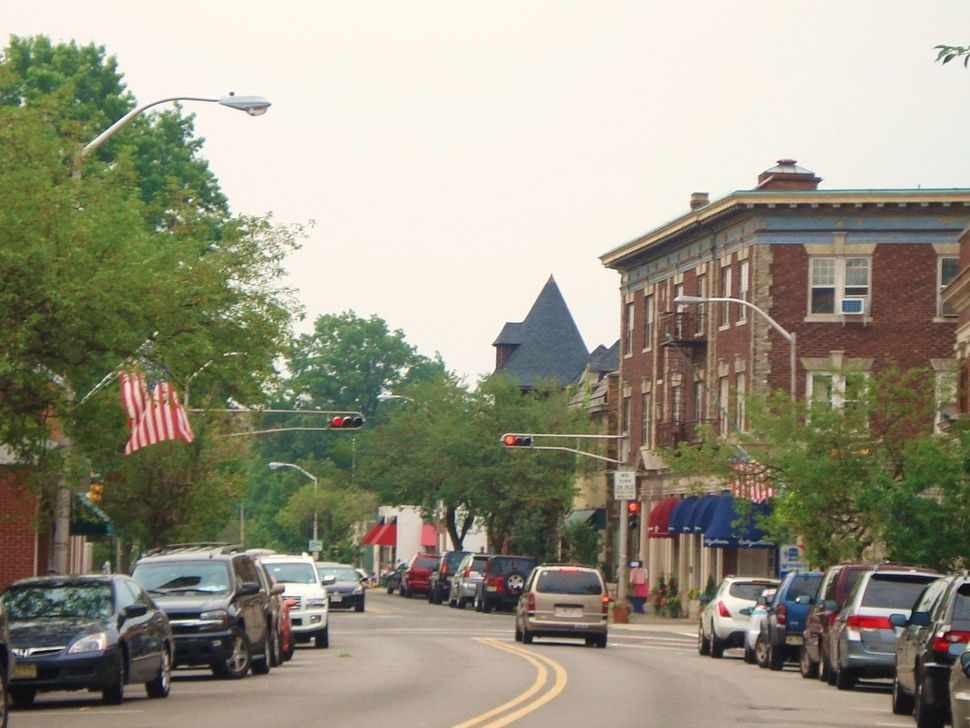 Montclair, N.J. is an idyllic town that is struggling with anti-Semitism like so many others. Image by By Blondhairblueeyed at English Wikipedia, CC BY-SA 3.0, https://commons.wikimedia.org/w/index.php?curid=81393158

The two statements were issued hours apart on Friday, one echoing the other in their desire to end the uneasiness in Montclair, N.J. Rabbis and cantors signed one statement. Rabbis, cantors and African-American clergy signed the other. Neither would have been written if a local black leader had not sideswiped the town with comments at a recent community meeting that were widely seen as being anti-Semitic.

Montclair, a famously diverse and progressive place of some 40,000 people, is a town where black and white residents exercise side by side every day in the local YMCA. But it is also a town where anti-Semitic static has emerged at a time when such episodes seem to be on the rise just about everywhere. And it is a town where gentrification may be affecting the town’s longstanding African-American community.

In November and December, several swastikas were discovered on two desks and a cafeteria table at Montclair High School. And then, on Dec. 30, a retired educator and civil-rights activist named James Harris, who worked for four decades at Montclair State University, veered sharply off course at a public session in the town’s Fourth Ward.

Although the meeting was called to discuss Montclair issues, Harris chose to speak about the large Orthodox Jewish community in Lakewood, N.J. and the new Hasidic one in Jersey City — and he used language hostile enough to draw a strong rebuke from one of the rabbis in attendance. That rabbi, David Greenstein of Cong. Shomrei Emunah, stood up and said that Harris’s remarks amounted to a “sin” and that if Harris had said the same things about African-Americans, “this whole place would be in an uproar.”

Other rebukes followed, but only gradually.

Renee Baskerville, the councilwoman who hosted the Dec. 30 session, said in an interview that Harris had “hijacked” her meeting and that she was taken aback and did not initially know how to react when he made his comments which, among other things, were somewhat dismissive of the murder of three people at a kosher market in Jersey City. She did publicly condemn Harris’s remarks, but not until eight days later, when she termed them “anti-Semitic, bigoted and hateful.’’

Baskerville is an African-American pediatrician whose family has a long and distinguished history in Montclair — “My, Dad, my granddad, my grandmother, we have deep roots here” — and she said she now wants “everyone at the table” and is intent on making anti-Semitism one of the major issues she will be confronting as an elected official in the months ahead.

Meanwhile, the Montclair NAACP took aim at Harris, too, suspending him as head of its education committee. That action took place a week after his remarks. That same day, Harris issued an apology, and, in it, said he had actually intended to talk on Dec. 30 about gentrification.

Harris, on his own initiative, then met several days later with Greenstein, five other rabbis and two cantors. They, in turn, issued the first of the two statements last Friday, praising Harris for making “a meaningful and honest effort to repair the damage he had done.”

Almost all of those rabbis and cantors also signed the second statement, along with four African-American clergy members. Mayor Robert Jackson, who is himself African-American, had brought the two groups together. Their statement pledged a unified effort “to combat all forms of hatred,” including anti-Semitism. But it went further.

“We will advocate for educational and social programs,” it said. “We will advocate for the weak, the poor and the marginalized in this town.” And, it said, they would push for more affordable housing in Montclair — the subject that Harris said he had meant to focus on.

Montclair is hardly the only place dealing with changing demographics. But in a town of only 40,000, the impact of gentrification may be easier to measure. For instance, U.S. Census data suggests that the percentage of African-Americans in town has indeed been shrinking, from 27% to 24% over the last decade.

In the public schools, the percentage of students identifying as African-American has dropped to about 25% this year from 32% in 2013-14, though some of that decline may be attributable to the introduction of a multiracial category.

And gentrification is visible in Baskerville’s Fourth Ward, long a mainstay of the town’s black residents. David Cummings, a 53-year-old African-American whose family also has a long history in Montclair, and who lives in the Fourth Ward, said that when people who left the neighborhood years ago return to visit they are stunned at the transformation.

“They go, ‘Man, it’s changing,”’ said Cummings, who has served on the board of education. He said there was no doubt that some African-American residents were now being “priced out” of Montclair.

But gentrification, as vexing an issue as it can be at times, does not carry the toxic weight of anti-Semitism. And Harris’s comments clearly rattled some people.

“We’re no different from Jews anywhere else, and when it hits closer to home, it becomes a little more urgent,” said Rabbi Greenstein, who hosted a private forum for his congregants on Sunday night to discuss the recent turmoil arising from Harris’s remarks. Harris’s comments made many people realize that they needed to build stronger, more honest relationships.

“The real good news out of this is that the rabbis and the black clergy got together and have a dialogue going,” said Cary Chevat, who is a member of a Reform synagogue, Ner Tamid, and the only Jewish member of the Montclair NAACP’s executive committee.

Chevat initially reacted to Harris’s remarks with an angry letter to NAACP colleagues, saying he was “outraged” at what had been said — and that nobody but Rabbi Greenstein initially condemned them.

But it was Chevat who also arranged for members of the Montclair NAACP to come to his synagogue this Friday night for Shabbat services and a discussion to take place afterward. With meetings and the two statements and with more meetings to come, Montclair’s repair efforts have begun.

Jay Schreiber is a contributing writer and editor for the Forward. He has lived in Montclair for 20 years.