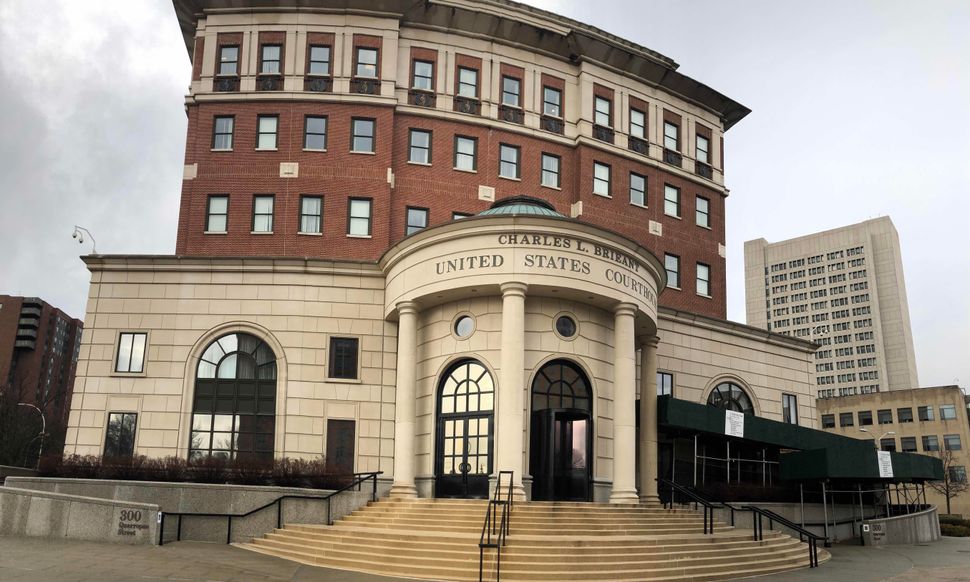 It’s a courtroom trial, but it felt like a math class.

Wednesday saw expert testimony on racially segregated voting in the East Ramapo Central School District, a majority Orthodox suburban district that has been plagued by a battle over funding to the district’s public schools.

The case concerns East Ramapo’s at-large voting system, which a group of local residents, led by the NAACP, claims dilutes the votes of racial minority voters, giving the Orthodox community control over funding for public schools. The district, in Rockland County, N.Y., saw dramatic cuts to its public schools beginning in 2009, as its majority-Orthodox school board expanded state-mandated busing for a rapidly growing yeshiva student population. The plaintiffs are suing under the Voting Rights Act of 1965, the law that is used to push back on gerrymandering and racist voting measures.

The expert’s testimony hinged on the fundamentals of how to determine if whites are voting for their preferred candidates and racial minorities are voting for theirs. To do so, you need to use statistics like a pollster, from creating a probability distribution (you may know it as a bell curve) to estimating a person’s race based on their last name and address.

If you’re worried that the subject matter was dry and hard to understand, you’re not alone. As Matthew Barreto, a professor of political science at UCLA, began explaining what a point estimate is (the value at the top of the bell curve, and thus the mostly likely answer) shortly after the 9:30 a.m. start, the judge, Cathy Seibel, interjected.

“I’ve already lost you,” she said. Barreto backed up to defining a confidence interval — e.g., the range of possible answers in an estimate, such as an opinion poll.

“You’re gonna have to start over,” Seibel responded.

Yet these complex questions are at the very heart of this case, because they will help the judge decide whether the plaintiffs have met the legal standard for determining if the district must change its voting system. The plaintiffs are seeking a ward system, which they hope will help minority citizens of the school district get their candidates elected to the school board.

Despite being thrust back into math class, Seibel quickly regained her footing. When she correctly explained back one of Barreto’s points about “interval overlap” in a board election from 2017, Barreto leaned into the witness stand mic and said, “A+.”

Over the course of the day, Barreto, who researches voting patterns and consults for campaigns and other voting litigations, answered questions about several pieces of the NAACP’s arguments.

One of the elements of Barreto’s testimony was about the racial estimates of names. Political scientists and pollsters use U.S. census data — on which every citizen lists their own race — to create broad estimates of how likely a last name is to correspond with a given race. A name like Washington is more likely to be black than Feldman, for example, while a name like Sanchez almost always indicates someone who identifies as Latinx.

What’s important to note is that they’re just probabilities: e.g., the name “Feldman” (the name of the person who wrote this article) could be 90% white, 5% black and 5% Latinx.

Barreto used what he called a common social sciences practice to estimate the race for each voter in East Ramapo, based on two factors: their surname and their address. Then he used that data to estimate which school board candidates received the majority of white votes (and won) and which received the majority of black and Latinx votes (and lost).

A lawyer for the district, Randall Levine, tried to seize on apparent gaps in this approach. On the screen, he set up a list of voter names — deemed “obviously Jewish” by Seibel — and their estimated race.

Wasn’t this evidence, Levine asked Barreto, that his entire method might be flawed?

No, Barreto responded, because those racially mis-identified names are just a fraction of the entire voter list — 209 out of 14,657 people, or just 2%.