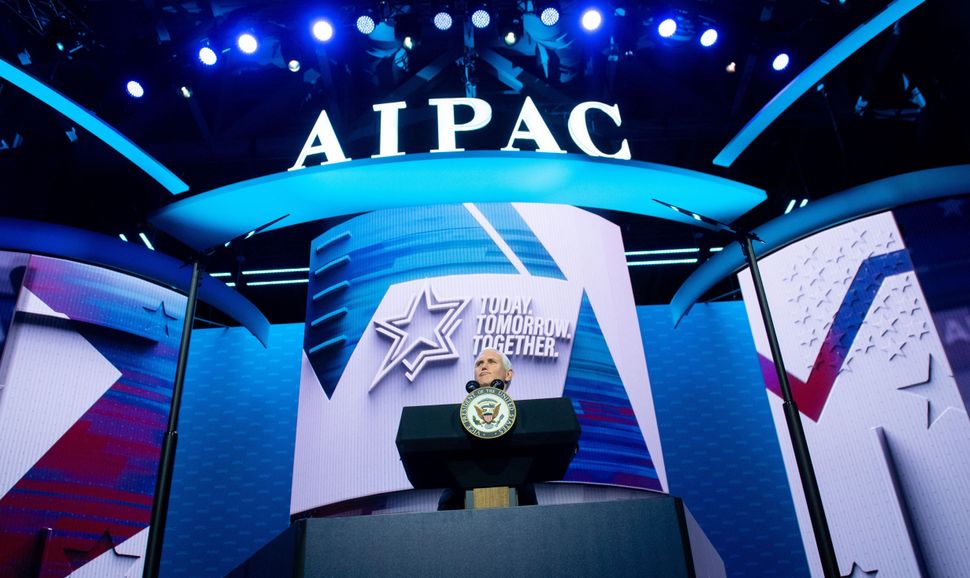 The tens of thousands of devotees who attended last week’s American Israel Public Affairs Committee policy conference and the Conservative Political Action Conference at the end of February have all gone back home, bringing with them new ideas about U.S.-Israel relations and strategies for Republican victories in the 2020 election, respectively. Some have also brought back the coronavirus.

At least five attendees of AIPAC and one from CPAC — two of Washington’s marquee annual political events — have tested positive for the virus, diagnoses that have rippled out to create quarantines and school closings from Cleveland to California. Neither AIPAC nor CPAC would address reports on social media that the infected CPAC attendee also attended AIPAC, which started the next day.

Some other information circulating right now is that there were actually TWO people at CPAC infected.

They may be the SAME people as the AIPAC guests.

They shared a room throughout CPAC.

With New Rochelle, N.Y., being declared a “contamination zone” on Tuesday, scores of schools and universities going online only, many businesses asking employees to work remotely and thousands of gatherings large and small getting postponed indefinitely, there have been some complaints about the approach taken by the two advocacy organizations.

CPAC in particular has come under fire for a lack of adequate communication with individuals who came into contact with the affected attendee. Raheem Kassam, a conservative author and commentator, and Brandon Darby, a reporter for the right-wing outlet Breitbart, are among several people who were at CPAC and claim that VIP attendees have gotten access to more information faster than have the rest of the 20,000 people in attendance. The American Conservative Union, which organizes the conference, did not respond to inquiries on Tuesday.

Politico reported that the CPAC attendee with the virus ate at a Shabbat dinner Feb. 28, and held a gold-level ticket that provided access to Republican lawmakers including Sen. Ted Cruz of Texas, and Reps. Matt Gaetz of Florida, Paul Gosar of Arizona and Doug Collins of Georgia. All four are self-quarantining. The Washington Beacon, a conservative Website, reported Tuesday that the infected person was at a VIP congressional reception on the opening night of the conference, Feb. 26.

“So, at @CPAC I had a table, met hundreds, shook hands with hundreds. My daughter has been sick for a week. I have to cancel today’s events because of it,” tweeted Kimberly Klacik, a conservative activist running for a House seat in Maryland. “Gaetz & other VIPs get to know who the individual is, however little people like me can’t know?”

AIPAC has sent at least three mass emails to its 18,000 conference attendees, including elected officials, congressional aides and hundreds of public figures who spoke at workshops. The first, on Friday, announced that “at least two” attendees had tested positive for the virus, and said AIPAC had consulted with public-health officials in Washington, D.C., New York State and Westchester County, N.Y., as well as an independent epidemiologist from Texas A & M.

“The guidance of these health professionals continues to be that all conference participants should follow CDC guidelines and consult their health-care providers if they feel ill or have medical questions,” it said, with a link to the Centers for Disease Control. “If you test positive for coronavirus, we urge you to inform your local health authorities so they can properly coordinate their response.”

A second AIPAC email sent later that day said “there is no identified risk to conference attendees at this time,” and urged attendees to “follow the well-established prevention tips like staying home if sick and calling ahead to a health provider if experiencing symptoms.”

On Saturday, AIPAC sent another email repeating the statement that “there is no identified risk to conference attendees at this time” and offering more detailed information about the confirmed cases from the D.C. health department. “They were asymptomatic, meaning they were not experiencing symptoms like fever or cough” while in Washington,” it read. “The information provided to us by N.Y. indicates that both cases have no identifiable risk for anyone exposed to them.”

The email also included information from the CDC about how the disease spreads.

AIPAC officials declined to answer questions about its process of notifying attendees whether they came in contact with infected people, except to say that they “have been in close contact and consultation with federal and local public health authorities and are following their guidelines;” “will continue to follow those guidelines and advise all who contact us to do the same;” and “have additionally been in consultation with the Attending Physician of Congress.”

That raised questions for Maciej Boni, an epidemiologist and associate professor of biology at Penn State who runs research studies on influenza and influenza-like illnesses.

“I don’t know what evidence they used to say that there’s no risk to conference attendees,” he said in an interview. “It didn’t sound like there was no risk. It sounded like there was some risk.”

The D.C. health department did not respond to a request for comment.

While neither AIPAC nor CPAC have identified the infected attendees at their conferences, New Jersey officials have indicated that a 55-year-old man from Englewood who attended CPAC was infected. The Daily Mail reported that this person is Dr. Alan Berger, an obstetrician at NYU Langone Medical Center.

Deborah Haffeman, a spokeswoman for NYU Langone, said that Dr. Berger had “voluntary self-quarantined” and was last at the hospital on Feb. 24. She declined to say whether he attended either conference.

Berger could not be reached on Tuesday; his voicemail box was full.

Despite AIPAC’s reassurances, some attendees took extra precautions. A Canadian politician, Anthony Housefather is self-quarantining in Montreal after attending AIPAC.

Four private schools in Cleveland have students quarantined after they took a bus to AIPAC with an individual who later tested positive for coronavirus.

And Harkham Hillel Hebrew Academy in Beverly Hills closed this week after a parent who is thought to have attended AIPAC tested positive for coronavirus.

“The parent with the virus did not contract it from anyone in LA County,” the school said in an email to parents.