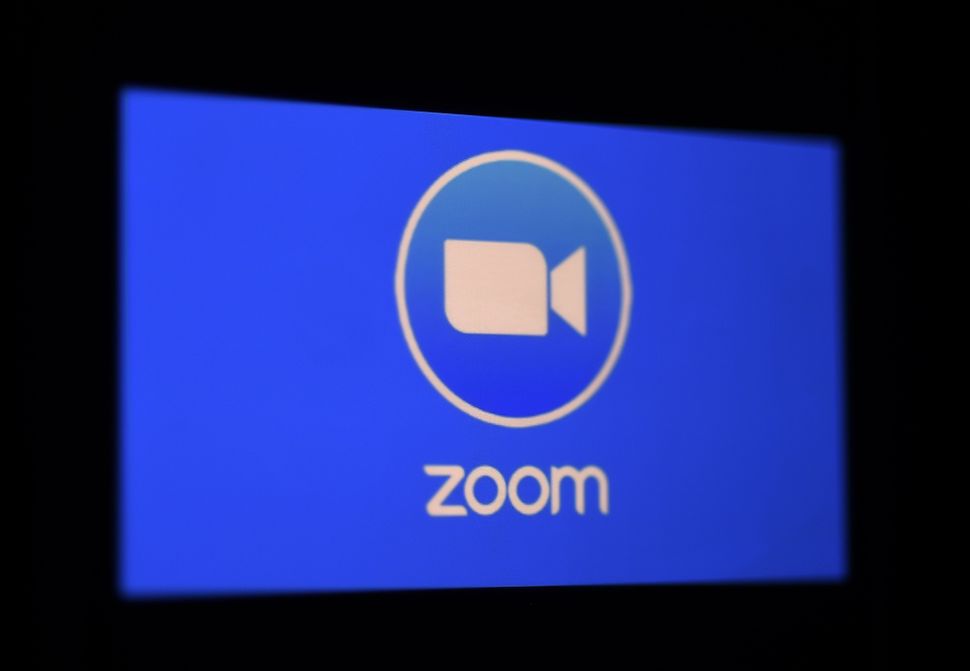 In this photo illustration a Zoom App logo is displayed on a smartphone on March 30, 2020 in Arlington, Virginia. – The Zoom video meeting and chat app has become the wildly popular host to millions of people working and studying from home during the coronavirus outbreak. Image by OLIVIER DOULIERY/AFP via Getty Images

The videoconferencing company Zoom has made security changes to prevent outsiders from hijacking users’ chats, according to a webinar Thursday featuring staff from Zoom and the Anti-Defamation League, which collaborated on the update.

The new development came after the ADL received more than 100 reports of “Zoombombing,” when unwelcome participants shared anti-Semitic, pornographic and racist content and otherwise disrupted virtual meetings on Zoom.

Zoom has added a number of features meant to give hosts more control over meetings and expedite the process of expelling Zoombombers, chief product officer Oded Gal said on the webinar.

For example, the platform has added a security icon that is visible during the meeting so hosts can easily lock the meeting, remove participants and change permissions for screen-sharing and annotating. Zoom has also changed default meeting settings so that events automatically have safety features like a “waiting room” from which participants need to be let in individually by a host. The new features are available for both free and paid users of Zoom.

The changes come at a fortuitous time: Oren Segal, the vice president for the ADL’s Center on Extremism, said trolls and extremists had been gathering on mainstream sites like Instagram, as well as on more marginal platforms like 4Chan, to talk about their Zoombombing efforts. Some of these conversations revolve around sharing images of successful Zoombombing attacks “because of the propaganda value,” said Segal.

Zoombombing has affected synagogues, schools and even the restaurant chain Chipotle, which was Zoombombed by a participant who broadcasted pornography to hundreds of attendees during a public conference.

Gal said that for the months of April, May and June, the company would be focused solely on implementing further security updates, and this weekend, the company is planning on adding a button hosts can use to instantly report users who abuse the platform.

Zoom has held the number one spot in the Apple app store for more than three weeks. It was downloaded 2.13 million times in a single day, according to tracking firm Apptopia.

“We also have seen the usage changing from being more of a business tool for organizations to becoming something that is a household name in most places around the world,” he said.