Jewish nonprofit best practices are no match for coronavirus 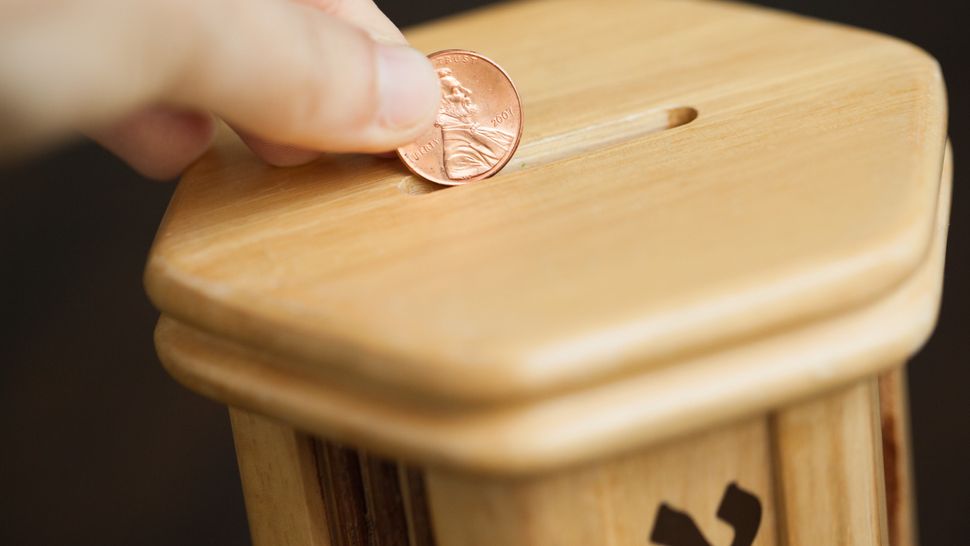 The industry’s best practices are no match for the unprecedented disaster caused by coronavirus, an event so unusual that some organizations are worse off after following formerly bullet-proof guidance. Image by tovfla/iStock

T’ruah, a nonprofit that trains Jewish clergy to work on human rights campaigns, has a somewhat unusual funding structure. A third of its annual revenue— about $1.4 million in 2018, according to tax filings — comes from foundations, which normally make up a larger portion for Jewish organizations of its size. The rest comes from about 2,500 individuals, half of whom give less than $5,000.

Before the coronavirus outbreak, that seemed like a strength. It showed that T’ruah, which was founded in 2002, has a large population willing to invest in its mission, and meant the organization was not reliant on a single source to keep the lights on.

But the pandemic has changed this, too. Now, with unemployment soaring, T’ruah’s broad and diverse funding base feels like yet another challenge to overcome.

The vast Jewish nonprofit universe — which includes Jewish Community Centers, camps, advocacy organizations, schools, synagogues and more — has been built on time-tested industry advice meant to prevent crippling losses in a financial crisis. But the industry’s best practices are no match for the unprecedented disaster caused by coronavirus, an event so unusual that some organizations are worse off after following formerly bullet-proof guidance.

Nonprofits are typically told to diversify funding streams, taking in smaller-dollar donations and adding fee-for-services programs like classes, camps or film festivals. Organizations have also been advised to tie grants to specific operations and rigorously track outcomes, in order to show donors they can be held accountable for how their money is being put to work.

But the stay-at-home orders in this crisis have killed fee-for-services programs, putting JCCs and summer camps in the toughest position of the Jewish landscape. And in the age of coronavirus, “restricted grants” tied to specific programs, formerly a sign of accountability, have exacerbated a nonprofit space of haves and have-nots.

As this crisis has unfolded over the past six weeks, the most solid source of revenue has proved to be large foundations, which have generally promised continued financial support as needs arise. These foundations have, in large part, decided not to hold organizations to benchmarks, like engagement numbers, that their gifts are normally tied to.

“Cancellations of in-person programs – professional development, convenings, retreats, trips and more – will adversely affect organizations’ participation and engagement numbers,” read an open letter to grantees signed by huge philanthropies like the Jim Joseph Foundation and the Paul E. Singer Foundation. “We understand that these types of benchmarks often associated with grants will not be reached and will adjust our expectations to reflect the reality of the times.”

Hundreds of Jewish nonprofits have applied for new loans being offered by the Small Business Administration, designed to curb layoffs and furloughs by providing organizations with the equivalent of 2.5 months of payroll. But the fund supporting those loans ran out of money last week, and nearly 40 percent of those given out so far went to construction, professional, scientific and technical services and manufacturing businesses. It’s unclear how many Jewish nonprofits were among the first tranche of loans — and when, whether or with how much money Congress will replenish the fund, leaving most organizations in a scary state of limbo.

Most Jewish nonprofits take in some combination of unrestricted money, to support general operations and salaries, and restricted money — which is earmarked for a specific program. Those that get more unrestricted grants have been able to build themselves a larger financial cushion over time.

The recommended landing pad is three to six months of operating expenses in the bank; Rabbi Jacobs of T’ruah would not provide specifics about her organization’s cushion except to say that is has “not many” months left, whereas the much older and larger Jewish National Fund-USA, a pro-Israel organization best known for planting trees, said it has three years.

(Both organizations have applied for the SBA loans, and neither has laid off, furloughed or cut salaries for staff since the pandemic hit.)

While Robinson’s insistence on saving funds for a rainy day has served JNF-USA well during the coronavirus outbreak, that same financial cushion allowed the organization to lend him $525,000 in 2015, a move that generated criticism.

A spokesman for JNF-USA declined to comment on that matter.

Though some funders have loosened restrictions on recent grants, Andres Spokoiny, president and chief executive of the Jewish Funders’ Network, said it was too late for nonprofits that already funded their projects mostly with restricted money and therefore did not have the chance to create a reliable cushion for a crisis.

“They never received the proper funding or the proper capacity-building grants to allow them to build those resources,” Spokoiny said. “There’s something here that is being shown about the method by which we fund that needs to be revised.”

Organizations without a financial cushion and those dependent on fee-for-services programs are not necessarily doomed. The federal-government loans, and others being offered through various Jewish funding networks could soften the blow for the nonprofits that have been hardest hit.

But the coronavirus has laid bare the holes in nonprofit guidance that was previously held as airtight.

It’s difficult to find data on how Jewish nonprofits have diversified their revenue streams, but eJewish Philanthropy reported in 2019 that most organizations still rely heavily on a few wealthy donors.

At the same time, most charities do not have large unrestricted reserves. Some organizations even receive multimillion dollar gifts that are tied to specific programs and thus cannot be easily shifted to respond to a crisis like this one.

The current Jewish philanthropic funding structure can be traced back decades, including the push towards restricted gifts and diversified revenue streams.

Lila Corwin Berman, a history professor at Temple University who has written several books on Jewish philanthropy, said organizations began to broaden their funding bases as a part of Great Society programs in the mid-1960s. The federal government provided grants to Jewish health and human service organizations, and opened up the possibility that money could come from outside the Jewish foundations network.

Donors and nonprofits also began to favor restricted gifts in the 1970s, after a period of congressional inquiry into abuses and oversight in the charitable sector and a change to tax laws, Corwin Berman said. She cited that period as the beginning of the “professionalization” of Jewish nonprofits and the impetus for the financial guidance that governs them today.

In the early 2000s, the Harvard Business Review published an article on “strategic philanthropy” that Corwin Berman said revolutionized the way donors thought about giving, and cemented the idea of using grants tied to specific initiatives.

“The idea was any dollar that I give charity should, by some measure” be “a good investment,” Corwin Berman explained. “I think the whole kind of shift in thinking about philanthropy in those financialized terms really was the engine that led to an explosion of metrics and data” that drives restricted giving.

This trend has been exacerbated, she said, as the last few decades of consolidation of wealth has created a universe of powerful mega-donors, whose largess gives them particular influence over nonprofits, and who have been prone to tying funding to the completion of particular projects or engagement with a certain number of people.

“Allocations for Jewish communal purposes, both domestically and overseas, will be made increasingly within the specific goals and objectives of the individual donor or family foundation,” wrote Gary Tobin, a researcher who studied Jewish philanthropy, in 2001.

Richard Skeen, a consultant to Jewish nonprofits, said the growth of the Internet and more data-driven evaluation practices within nonprofits had only made donors more apt to demand specific information about results and impact.

While this crisis is raising new questions about best-practices, the last major financial crash, in 2008, actually helped solidify the rationale for multiple revenue streams. Jed Snerson, the chief financial officer at Upstart, an organization that provides entrepreneurial tools to Jewish ventures and nonprofits, recalled that back then, “fundraising was down for a lot of organizations, but maybe if they were charging $25 or $50 monthly membership, that’s something people could afford.”

Snerson and others stressed that the coronavirus outbreak does not render the financial advice of previous years obsolete. There are organizations who are better off now precisely because they have broadened funding bases or reached different donors.

“I’m not even sure that that was bad or wrong advice,” Snerson said. “This circumstance, I don’t think, could have been predicted.”

Jewish nonprofit best practices are no match for coronavirus