‘Camp is my home’: What cancelled summers mean to kids, parents and camps 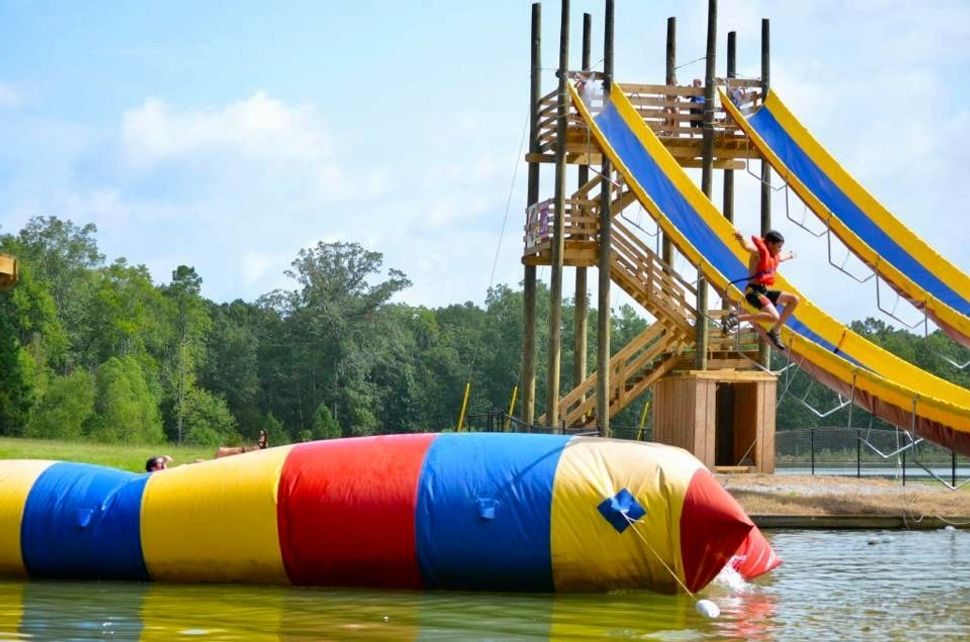 A photo from URJ Camp Jacobs in 2012. Image by Courtesy of Rabbi Jim Egolf

The 10,000 children who attend the Reform Movement’s sleepaway camps learned on Thursday that coronavirus had cancelled their summer. The news left some devastated, but the impact on children, their families and the camps themselves has just started to unfold.

“Camp is always the best part of my summer!” wrote a girl named Hanna Pearce during a Zoom call for families arranged by the leadership of the movement’s Six Points Creative Arts Academy. “I so wish camp would be possible in some alternate universe or in some way.”

Another camper, Adrian Braun, wrote simply: “Camp is my home.”

Studies have shown that summer camp has a profound impact on young Jews’ lives – the camp experience spurs psychological and social development, creates lifelong memories and friendships, and shapes how alumni think about and participate in Judaism as adults.

“It’s incalculable what that loss means in the short run for these kids,” said Jonathan Krasner, a professor of Jewish education at Brandeis University and co-author of an upcoming book about Jewish summer camps.

It will be especially acute for Jewish children from smaller communities who otherwise don’t have access to many Jewish peers or resources, he added.

The Foundation for Jewish Camp, the umbrella organization for Jewish summer camps, represents 164 institutions around North America. Some 29 of them are either Reform Movement camps or part of the Conservative Movement’s Camp Ramah system. Others are tied to Jewish Community Centers or Zionist youth groups, or operate independently. The latter group is more reliant on donations from their alumni base, which means they have less of a financial cushion if many alumni themselves are unemployed or financially affected by the stock market crash.

Announcing closures now – more than a month before sessions begin – allows camps to mitigate some of the financial damage by cancelling payments for summer staff salaries, food or other supplies.

But they will still take a huge hit. Camp fees comprise the vast majority of most camps’ annual budgets.

The Foundation for Jewish Camp, private philanthropies and local Jewish federations have promised to provide emergency funding for summer camps if they didn’t operate this summer – the Harold Grinspoon Foundation has a $10 million matching grant program – but some smaller and newer camps may not be eligible.

At a virtual town hall held by the URJ’s Camp Eisner in Massachusetts on Thursday night, camp leaders said families would be able to get full refunds for fees they had already paid, but encouraged them to donate all or part of this summer’s tuition, or to roll it over to summer 2021. Similar plans are being offered by most camps that have announced closures – but it remains to be seen if parents will agree to provide payments, even as donations, without getting any services in return, especially if they are struggling themselves with job loss or pay cuts

“The financial ramifications of this unprecedented decision — they’re significant, and there are going to be ripples,” James Gelsey, Eisner’s director, told parents. “We made the right decision, we’re steadfast in it, but it comes with a price.”

Camps that can make it through the immediate crisis, however, should be able to sustain themselves in the long run, said Krasner, who is writing the book about camp.

Camps don’t need to worry about many kids and families deciding that they don’t need camp in 2021 because they survived without it in 2020, he said, speaking as a researcher and as a parent.

The experiences of camp “are not easily forgotten,” he said. For his book, he interviewed people in their 70s who still remember the Hebrew songs they sang decades ago – even if they only went for one or two summers. “Missing for a year is not going to make or break that feeling,” he said.

Krasner himself was what he called a “camp lifer,” attending every year – except for 7th grade, when his parents made him stay home to study for his Bar Mitzvah. Although he was upset about missing camp at the time, “it’s kind of a blur now. Even if it was a big deal in that moment, as I look back, it blends in with everything else.”

‘Camp is my home’: What cancelled summers mean to kids, parents and camps