Synagogue for sale: What does coronavirus mean for this historic building? 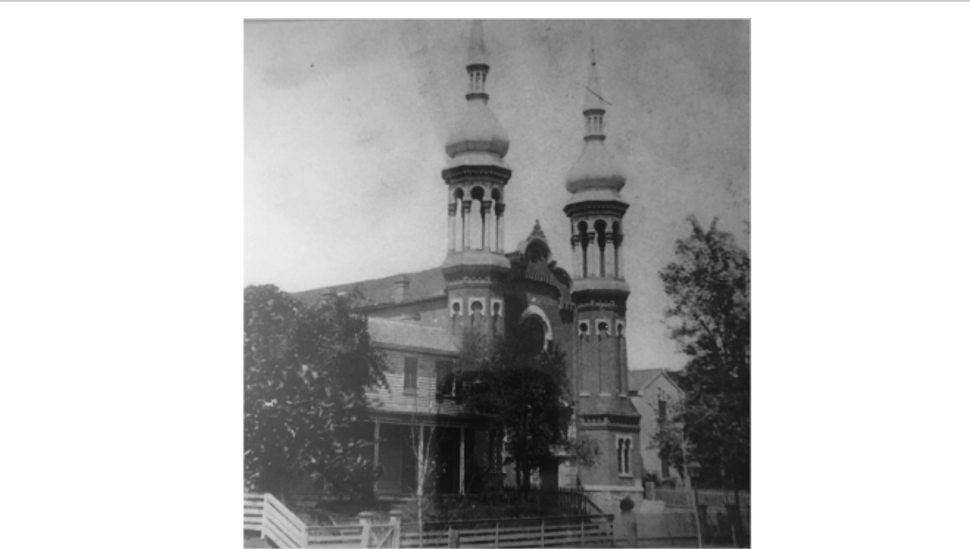 An undated pre-1947 photo of B’nai Sholom in Quincy, Illinois. The 80-foot-high minaret-style towers were destroyed in that year and never replaced.

For the last year, one of Dr. Michael Bukstein’s duties as synagogue president for B’nai Sholom Temple, the oldest synagogue in the state of Illinois, has been trying to sell its beautiful and unique building.

Located in the small city of Quincy, the building is in a neo-Byzantine style of architecture, with detailed brickwork and ornate stained-glass windows. The congregation, which only has about a dozen active participants, couldn’t afford to make repairs and ensure the building stayed in compliance with safety regulations, so they deconsecrated it and started holding services in a Unitarian church, said Bukstein.

What had seemed supremely difficult before the coronavirus outbreak now feels impossible. The goal is to find a buyer for the 150-year-old building who would want to honor the congregation and its history by preserving the building instead of knocking it down to develop the sizable lot on which it stands.

“I don’t know how or when this will turn around so that people will actually start looking at structures and having ideas and being creative,” said Bukstein. “I think it’s less likely to happen now than before the virus.”

Coronavirus is compounding the existing financial and logistical problems of smaller congregations in the Midwest and Southeast — like B’nai Sholom — who are trying to keep their tiny but committed communities alive.

The Jewish community in Quincy began to develop in the mid-1850s, part of a pilgrimage of Jews beyond the eastern seaboard cities. Transplants were seeking opportunity in one of many bustling port towns along the Mississippi River, which were rich with natural resources like timber.

B’nai Sholom had 500 congregants at its peak in 1870, but like many other small Jewish communities outside of urban areas, many congregants left town in search of economic opportunity.

There are about 200 endangered Jewish communities in the United States, said Noah Levine, the senior vice president of the Jewish Communities Legacy Project, a nonprofit that helps congregations with declining populations make tough decisions about their futures. The JCLP helps communities consider issues like planning for perpetual care of a cemetery, sorting out legacy endowments and deciding what to do with synagogue artifacts and documents. The nonprofit is also setting up regional cohorts, in which synagogues could share ideas, services, programs and information.

Levine said JCLP is working with eight congregations, including B’nai Sholom, who are in the process of selling their properties or planning to do so.

Before the coronavirus outbreak, there had been a few parties considering buying the B’nai Sholom building, but no offers — a church had been interested, but turned away after finding out there was no parking. A hospital, potentially interested in the lot, is now too busy treating COVID-19 patients to focus on a possible real estate deal.

Since no one is in the deconsecrated building, the costs for maintaining it for now are not prohibitive — keeping a phone and security system operating is all the synagogue needs to be covered by liability insurance. But that’s not a long-term solution, either. 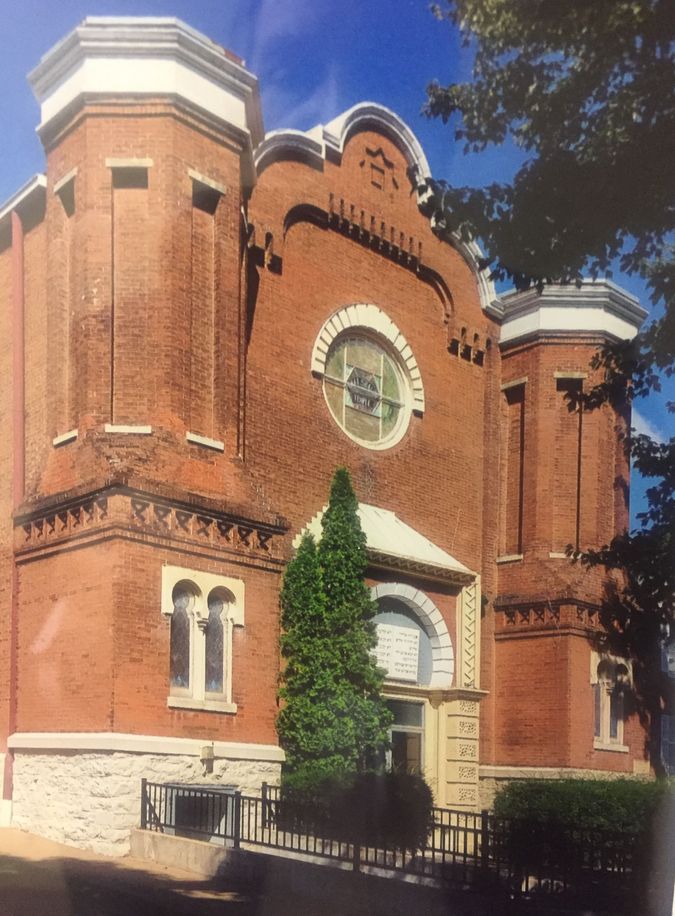 Bukstein and the board decided they would meet to talk about their options after their contract with a realtor that ended in February. That never happened, because of the pandemic. Coronavirus bought the congregation more time to make a decision about whether they’ll have to knock down the building to sell the lot, but Bukstein is not relieved by the extended timeline.

“To me it’s just been — for the last 15, 20 years — it’s been a huge burden, and time and effort and financially, just trying to keep things going. I mean, when the congregation is very small it is really hard to maintain something like this,” said Bukstein. “I’d say six or seven people in the congregation do everything, including support it financially.”

For decades, communities like the one centered at B’nai Sholom have fought against the odds to keep tradition alive. Bukstein and other congregants hosted Passover seders at their own homes when it became too difficult to host them at the synagogue. The shul’s last rabbi was ordained, but other than that, the congregation has used student rabbis for the past 20 years.

Now, coronavirus presents a new challenge for communities like this one, said Sam Bernstine, a member of the JCLP board and the former president of Temple Hadar Israel in Newcastle, Penn., which is now closed. He said he had heard from clergy in small communities of all different faiths a concern that virtual meetings could replace the in-person connections synagogues rely on.

“Will people be willing and able to come back?” he said.

He also predicted some synagogues might have “a greater sense of urgency” about confronting the demographic realities that define their fates.

Bernstine closed his synagogue more than two years ago. Some of the congregants were people who took care of him after his mother died of breast cancer when he was 10 years old, and everything he did as president, including the painful decision to close, “was all about giving back.” Now, the community’s focus is on its endowment — which takes care of its cemeteries — and on a fund that donates to charitable causes.

“There’s too much focus in my opinion, personally, on the brick and mortar building itself, and not enough focus on the relationships and the people,” he said. “We closed our building on December 31, 2017. That didn’t mean Judaism had to come to an end in Newcastle.”

And indeed, Judaism goes on in Quincy, Illinois. But for now, coronavirus has prolonged a state of limbo for B’nai Sholom. It might have only delayed the inevitable.

“I fortunately have a couple of people who have grown up there and who are more dedicated than I am to try to do the right thing with this building,” said Bukstein. “It’s a beautiful building, and I wish somebody wanted it.”

Correction, May 4, 12:17 p.m.: An earlier version of this story stated that B’nai Sholom used only student rabbis for the last 20 years. In fact, the congregation’s most recent rabbi was ordained.

Synagogue for sale: What does coronavirus mean for this historic building?